Mar 24, 2021 | Michelle Muller
Share on Facebook
The truth is that kids don’t climb trees as much anymore. One-quarter of children have never even climbed a tree— ever. With many schools banning the activity, fearful of the risk of injury to children. Even when children are encouraged to climb trees, they might have trouble finding one they are allowed to climb. Many parks, gardens, zoos, communities, and institutions will hand you a fine if your wee one scales a tree. Climbing is forbidden on any trees in the U.S. national parks. However, state and city parks will vary on the topic, so check with your state or local park service ahead of time.  Why should we care about tree climbing? After all, isn’t it a risky activity that will end up with a visit to the ER or worse? The statistics tell a different story. 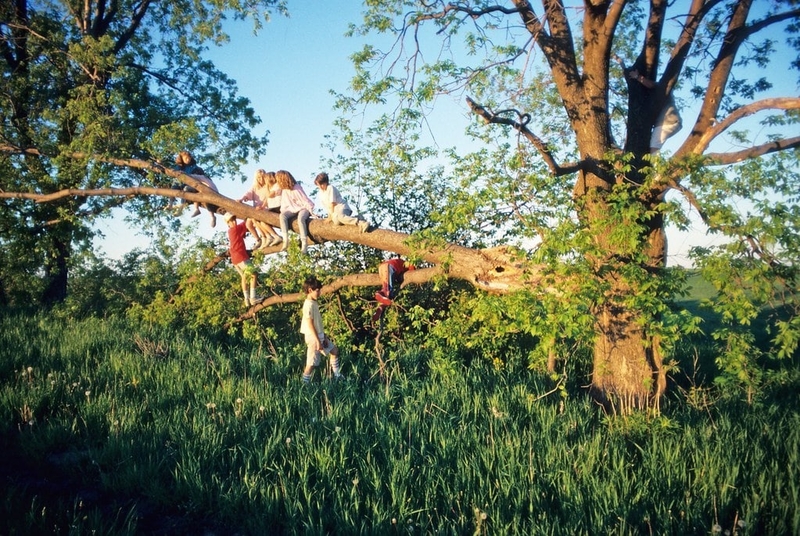 On a physical level, climbing trees build muscular strength and flexibility, develop motor skills and depth perception, teach them to assess a branch’s size and ability to hold them and force them to concentrate. On an emotional level, it’s a great thrill to reach such heights, and for kids to be out of reach of their parents, to be in control of pushing their boundaries. It gives them room for their imaginations to run wild and to feel connected to nature. It can instill confidence and, in a way, makes them safer overall because they become more capable of humans.

But what about Injury?

There is always the possibility that children may fall out of a tree, but tree-climbing is, compared to other injuries, a non-issue. Researchers interviewed 1,600 parents who let their children climb trees and found that the most common injury by far was scraped skin. Only 2 percent of parents said that their child had broken a bone, and even fewer had suffered from a concussion. Meanwhile, there are more than 3.5 million American children under the age of 14 that undergo medical treatment for injuries from organized sports every year. This shows that if parents were truly worried about injury prevention, they’d never sign their kid up for organized sports. But that’s a ridiculous idea. Most parents wouldn’t doubt for a second that the benefits of sport outweigh the risks. So why don’t we do that with tree-climbing and other free play activities in nature?

4 Ways You Can Step Up Your Walks
No matter what we have on our plate for the day, we should always make sure to carve out some time for exercise. Whether we're logging a mile for our morning errands or five..

How Your Mood Impacts Your Workout, According to a Sports Psychologist
Being in a good mood always makes for a great workout. But remember all of those times you rocked your sweat sesh when you have unleashed all that stress you had? This is..

What Olympic Athletes Really Eat
If you happen to be a world-class Olympic athlete, it's your full-time job to keep your body in peak condition. Whether you're hitting the pool, the slopes, or the track,..