True Love Prevails: Couple Weds After 43 Years of Being Together

After rejecting his proposal 42 times, she turns around and does the proposing herself. It sure took them long enough. A long-time UK couple in their seventies finally tied the knot via an informal wedding blessing ceremony held on Valentine’s Day. 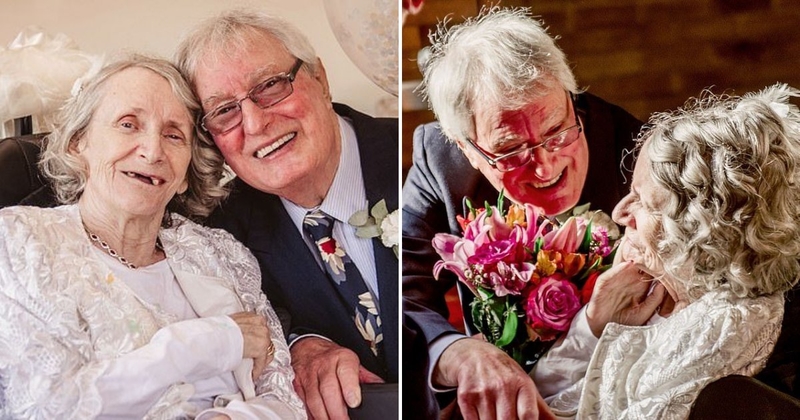 In December 2018, 72-year-old Pauline Young, who had repeatedly declined marriage proposals from long-time partner Colin Jones, 74, finally decided to take matters into her own hands—and this time, popped the question herself. So how did Colin Jones react? “When Pauline asked me, I almost fell off the bed,” he recounts to Yahoo Lifestyle. “I’d been asking her all this time so now she was asking me, I said, ‘Of course I will.’”

According to Metro, the couple first met in 1976, during a playgroup for their children. Both had been married before and had five kids between them.

Pauline and Colin spent a major portion of their careers as business partners. They operated a cabinet-making business (which they named Young Jones) for 30 years in Wales, and then 14 years ago the couple moved to Malta to manage a bed-and-breakfast business, according to Yahoo.

Then 3 years ago, owing to complications with corticobasal degeneration, Young opted to move to a nursing home facility in Telford, England. According to Mayo Clinic, those who suffer from this rare neurological disease can exhibit stiffness and slower movements, as well as cognitive, speech and language problems.

In spite of their challenging situation, Jones soldiered on — he refused to allow Young’s medical condition to affect their relationship and continued to manage their business while visiting his partner every fortnight at her nursing home. It was during one of these visits (well, December 2018 to be precise) that Young floored him with a marriage proposal. 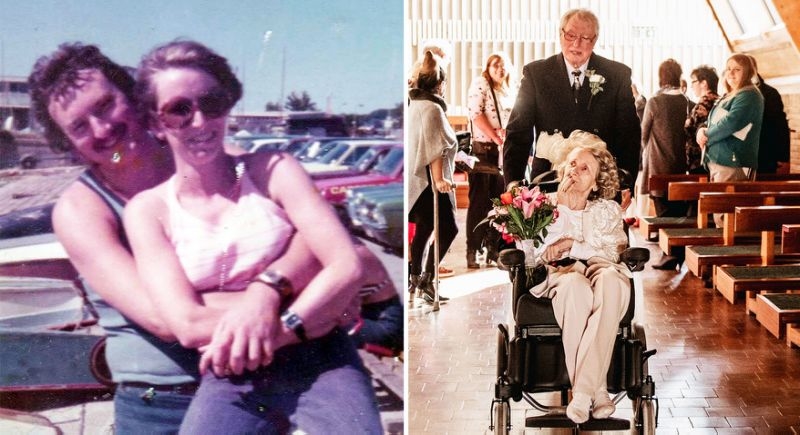 So on February 14, 2019, the septuagenarians finally took the plunge and were married in a blessing ceremony that was held at St. George’s Methodist Church in Telford, according to Yahoo (while the ceremony is not regarded as legally binding, it is still considered to fulfill the same purpose).

“People say they’ve been together years but really they have maybe an hour before work and then they see each other in the evenings — we were always together,” Jones told Yahoo.

“I had given up all hope of us getting married. I thought it would never ever happen,” Jones said. “The service was a blessing ceremony, but as far as we’re concerned it’s a marriage, it’s a show of love.” The couple dressed in their finest outfits to celebrate the occasion, and even Young’s wheelchair was adorned with flowers. The thoughtfully written service was later followed by a celebratory reception, which the nursing home threw as a wedding gift to the couple.