Apr 19, 2022 | Ish Bautista
Share on Facebook
Colombia is a unique country situated in South America and is the only country with coastlines on both the Caribbean Sea and North Pacific Ocean. It boasts the world’s second most biodiversity because of its strategic location and its culture is equally as diverse. From having rich Colombian coffee beans made from Arabica seed crops to fluffy arepas cooked fresh from the stove, there’s a lot to love about Colombia. 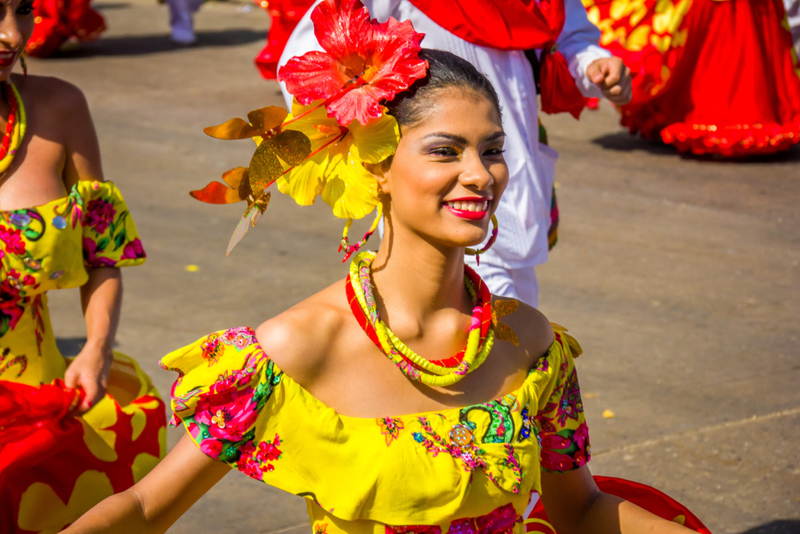 Shutterstock
Music is also a big part of their culture and when visiting Colombia, you’ll instantly meet people who know how to salsa. Since music is ingrained in its culture, so is their love for celebrations. Each major city in Colombia hosts a carnival yearly and during these times, cities are decked out in colorful artworks and lively costumes. Barranquilla’s unique Carnival festival is one of the most well-known and talked about festivals in Colombia.

The Welcoming of Spring

The significance of Carnival is that it’s meant to welcome in spring while highlighting new beginnings. The year 1967 marks the beginning of the Great Parade after the First Battle of Flowers Parade in 1903. Before the actual celebration, there are a lot of pre-parties and readings beforehand. The reading of the Carnival Proclamation is one of the most valuable events. It usually begins in La Paz Square where the mayor hands down the keys of the city to the queen of the carnival granting her the power to oversee the entire duration of the carnival. The Crowning of the Carnival Queen is also one of the most important shows where the previous queen hands off her power to the current one.

Barranquilla’s Carnival is a celebration worth witnessing especially the coronation of the queen during the parade. After the pre-Carnival festivities, the actual celebration begins where people and foreigners alike, flock to the city to enjoy bouts of drinking, dancing, and collective happiness. The four-day festival carries a hundred years of tradition and no street is left untouched since the whole city stops to celebrate. 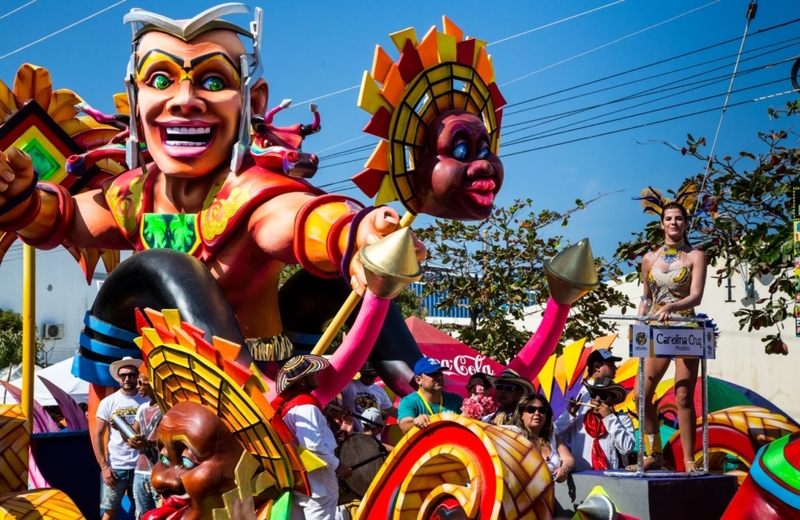 Batalla de Flores is an important component of the festival that lasts a whole 6 hours. It’s filled with lively dancing, live and upbeat music, and people dressed in glittering costumes with colorful feathers. You’ll also see streets lined with impressive floats paired with spectacular dancing and performances. There are multiple concerts held every night with talented salsa bands that play until 5 in the morning.    If you’re looking to visit South America, it’s worth it to visit Barranquilla’s Carnival at least once. It’s a festival that’s certainly worth the schlep and you might even learn a few new salsa moves and great company.

The Beautiful Building That Became Both a Church and a Mosque
The Hagia Sophia is a structure inspired by Christian and Islamic heritage, making it an architectural marvel of the world.

Easter Island and Its Enchanting Ancient Mysteries
People are drawn by Easter Island's remoteness, beautiful scenery, and ancient, carved stone faces. However, Easter Island has much more to offer than the mysterious faces of..