Jun 15, 2022 | Paul Abhishek
Share on Facebook
Music, like history, is wide and brimming with intriguing tales with unexpected twists and turns. It is these unanticipated and legendary events that have resulted in the birth of some of music’s most illustrious characters. In October 1984, inspired by a BBC report, activist and composer Bob Geldof collaborated with musician Midge Ure to create the charity Christmas single “Do They Know It’s Christmas?” featuring Phil Collins, U2, and Duran Duran, among others, with the goal of raising awareness of the Ethiopian famine crisis of the 1980s, which claimed an estimated 1 million lives. 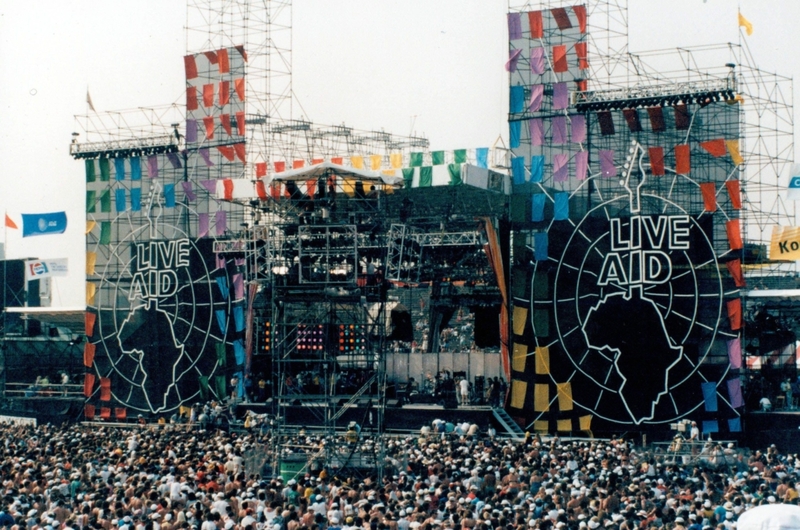 Alamy Stock Photo
This cooperation, however, was just the beginning. It wasn’t until the morning of July 13, 1985, that one of the most significant occurrences in rock music history occurred. Live Aid, a 16-hour musical extravaganza hosted in  Philadelphia and London that brought together some of the 1980’s finest performers and generated cash to deliver food, medicine, and other vital supplies for the crisis, becoming one of the world’s biggest and most successful charity events. 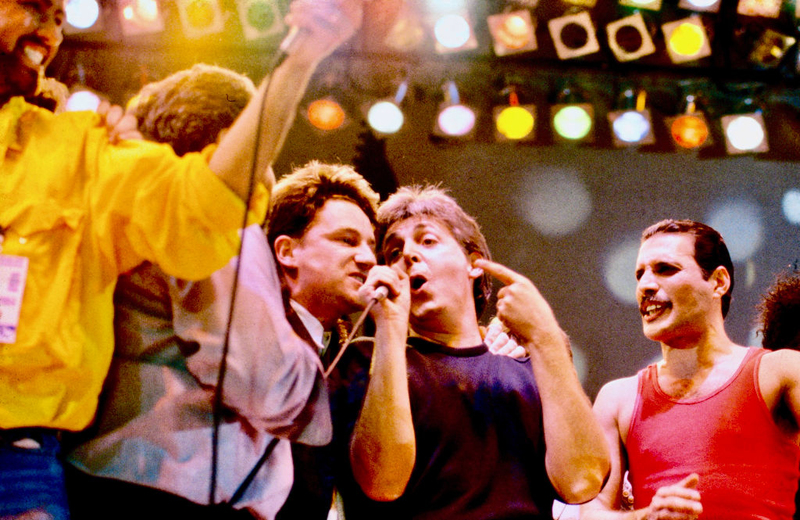 With a lineup that included Carlos Santana, Elton John, Madonna, U2, Eric Clapton, and David Bowie, there’s no doubt that many viewers have a favorite moment from the show: the moment when Freddie Mercury, Queen’s legendary icon and frontman, took the stage alongside John Deacon Brian May and Roger Taylor for a memorable 20-minute performance.

When Mercury began playing the opening chords of “Bohemian Rhapsody,” the stadium filled with singing voices and palms raised in the air in time with the beat of “Radio Gaga.” However, it was not only Queen’s musical heritage that contributed to this performance becoming one of the most unforgettable moments of Live Aid; Mercury’s charm and ingenuity were also a constant presence at each of Queen’s shows, and this time was no exception. Mercury began vocalizing spontaneously and with a single motion, followed by a flawlessly synchronized crowd, their voices nearly precisely matching the artist’s movements. 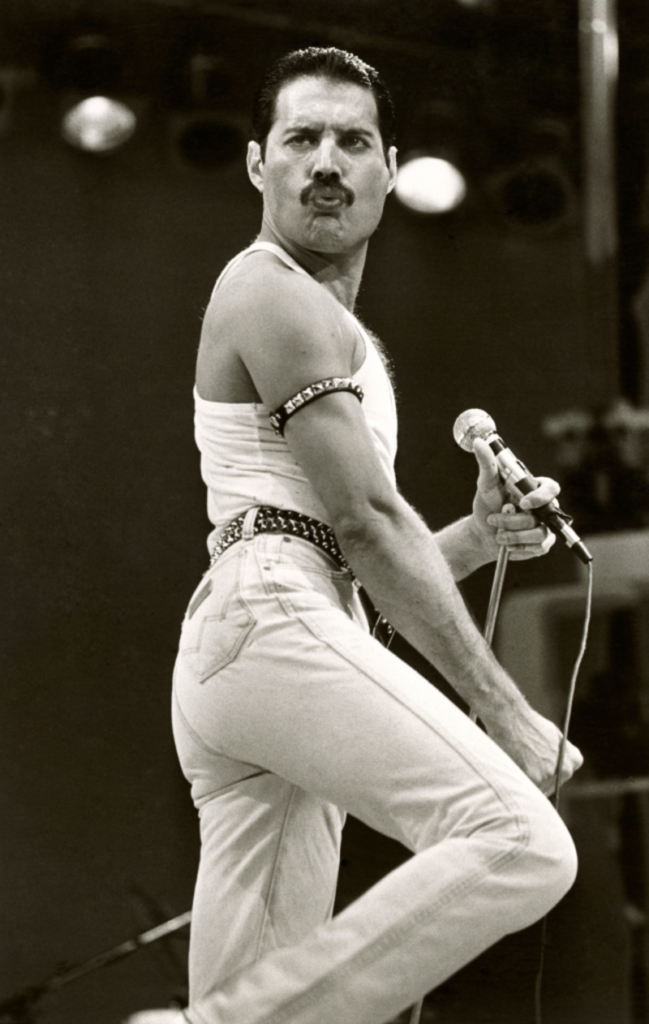 Without a doubt, Live Aid demonstrated that music has the capacity to motivate people to act for a bigger cause by reaching every single person on the planet and forging an unbreakable tie between us, a bond that becomes stronger as our hearts unite through the power of song.