‘Mary Had a Little Lamb’: The Surprising Controversy Behind the Famous Poem

In the Massachusetts town of Sterling, there lies a small copper statue depicting the same lamb that followed 9-year old Mary Sawyer to her school. Right below the statue is a plaque whose opening verse reads:

“Mary had a little lamb,

Its fleece was white as snow

And everywhere that Mary went,

The lamb was sure to go” 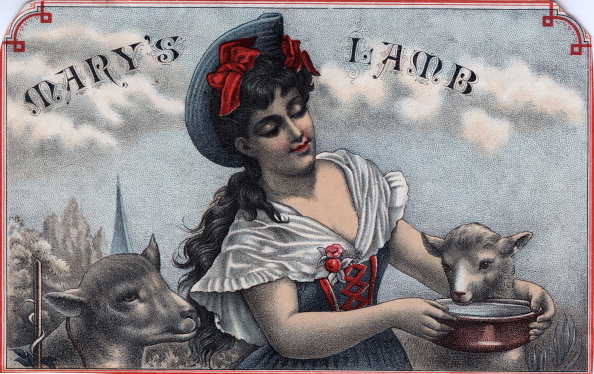 That said, who is Mary Sawyer? Who is this “John Roulstone,” the guy who was the alleged writer of the poem? According to Henry Ford’s 60-page book, published in 1928, Sawyer was an ordinary girl from New England who acquired a lifelong companion after taking care of a starving lamb and nursing it back to health.

In the book, the adult Sawyer recounted, “I got the lamb warm by wrapping it in an old garment and holding it in my arms beside the fireplace.” She also added, “In the morning, much to my girlish delight, it could stand; and from that time it improved rapidly. It soon learned to drink milk; and from the time it would walk about, it would follow me anywhere if only I called it.” 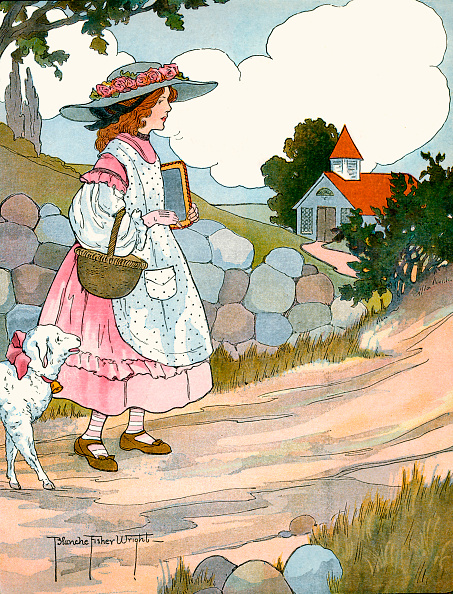 One morning, before leaving for school, Sawyer called for the lamb’s attention and the creature gleefully complied, and then she was suggested by her brother Nat: “Let’s take the lamb to school with us.” Sawyer attempted to keep the lamb hidden from others by putting her inside a basket underneath her seat, though this was eventually discovered when the lamb started bleating as soon as she stood up to recite a lesson.

Polly Kimball, Sawyer’s teacher, “laughed outright,” which embarrassed the girl, so she put the lamb out to a shed until classes were finished. John Roulstone, the man behind the poem, was only a New England local preparing for college when he happened upon the old red schoolhouse that day, where he was, according to Sawyer in Ford’s book, “very much pleased with the incident of the lamb.” Roulstone returned to his residence, where he wrote a three-stanza poem about the incident, then delivered the poem to Sawyer herself the following day.

Well, at least that’s how the story was told in Sterling, Massachusetts.

Was Sarah Hale the Real Writer of the Poem?

As for the folks in Newport, New Hampshire, they celebrate Sarah Hale, who was the hometown hero who they believed was the woman behind the well-known nursery rhyme. In 1828, Hale, a young poet and writer, moved to Boston and became the editor of the United States’ first women’s magazine, which later became known as “Godey’s Lady’s Book.”

There, she met a young musician and composer named Lowell Mason, whose goals were to introduce music education to America’s public schools. Both believed that adding music to children’s poems would be a great way to help mold children into upright, productive adults with Christian morals. Hale wrote a 15-poem short book published in 1830 called “Poems For Our Children,” as requested by Mason. Mason gave each poem a makeover using simple melodies, with “Mary’s Lamb” among them. 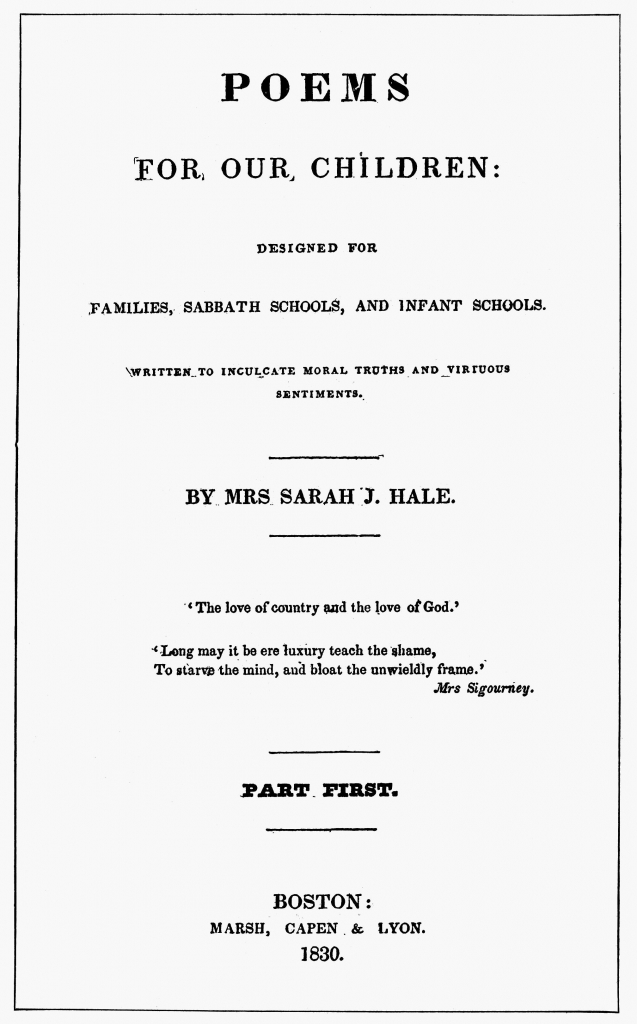 On an interesting note, Mason’s tune for Mary’s Lamb sounded nothing like the melody being sung by school kids today, though it was included in his book “Juvenile Lyre,” which was published in 1831. That same melody was later on borrowed and reused from “Goodnight Ladies,” a popular minstrel tune.

Going back to the controversy being discussed, the first three verses of Hale’s poem perfectly match the one written by Roulstone, according to Sawyer.

Unfortunately, Sawyer no longer has that same piece of paper Roulstone gave to her, and Roulstone himself tragically passed away during his freshman year at Harvard, making matters even more complicated on her side. Sawyer initially assumed that Hale simply expanded upon the first three verses of Roulstone’s work when her version of the poem was introduced to the rest of the country in 1850.

However, Hale claimed not to have seen another version of “Mary Had a Little Lamb” and insisted that the poem is an entirely original work of hers. Both women signed sworn statements and letters during their senior years professing that they were speaking the truth about the classic nursery rhyme’s origins.

Sometime after both women had passed away, Henry Ford, an automobile mogul, took up Sawyer’s case in 1927 and did so by moving the wooden frame of Mary’s original red schoolhouse from Sterling to Sudbury, a nearby town where Ford owned an inn.

The following year, he published “The Story of Mary and Her Little Lamb,” which gave full credit to Roulstone for the original verses and wondered why Hale, a well-respected hometown hero and matron of a local hospital at one point, would come up with a crudely-made story and repeat it for the rest of her life. 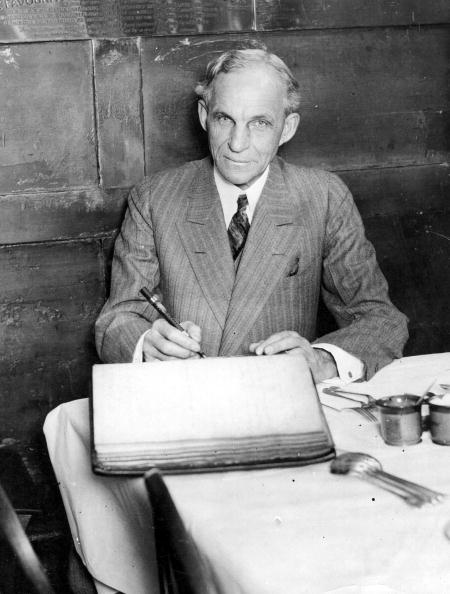 The same question was also asked by Hale’s defenders. Sandra Sonnichsen, a volunteer archivist at the Richards Free Library’s Sarah J. Hale Collection In Newport, New Hampshire, wrote: “The story of Mary Sawyer implies that somehow Sarah Hale came across this never published schoolhouse poem and plagiarized it. How could she have come across it?”

She also added: “Henry Ford’s book explains that the two towns [where Sawyer and Hale lived] were close to each other. They are ninety miles apart over the most direct route that would have been followed in 1815. Henry had not yet invented the automobile, so the distance was considerable.”

A Hale supporter and Newport librarian, in a hilarious 1998 Baltimore Sun story, even commented on the ongoing legal tirade between Sterling, Massachusetts and Newport, New Hampshire, saying: “Let’s face it. Henry Ford made good cars. I don’t think he’s a good historian.”