Planet Earth Could Have A Twin: Meet the Woman Who Knows How To Find It

If Munazza Alam’s hunch is correct, the next time you read her name may well be beneath a headline stating “Young Physicist and Astronomer Discovers An Inhabited Planet Identical To Earth.”  With such a bold career ambition, and eyes so steadfastly focused on the cosmos, it’s a little surprising to learn that Munazza wasn’t at all interested in astronomy until relatively recently. Her childhood home was devoid of telescopes, she never once pestered her parents to go to the planetarium and, shockingly, she never even had a set of glowing stars stuck to her bedroom ceiling. “Growing up, I was not a space nerd,” Munazza laughs. She was, it turns out, far more interested in dinosaurs and riding around on her bike. So, it was something of a shock to Munazza when, in her freshman year of college, astronomy came out of nowhere and gripped her in an inexorable enchantment; one she continues to operate under to this day. 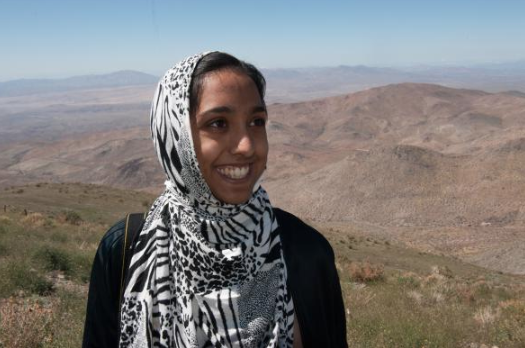 Life Before the Magic of Astronomy

24-year-old Munazza is a picture of energetic intelligence. You can see the thirst for knowledge in her bright eyes and the slight forward tilt in her posture. She’s interested in everything, micro-expressions on her face revealing glimpses into the world of analysis that’s constantly whirring inside her mind. Yet, at the same time, she’s happy to astronomy and physics aside to simply discuss her family and her childhood; topics that bring a warm, rich tone to her voice. Munazza grew up in the predominantly white borough of Staten Island, New York. As a first-generation American, the child of parents who immigrated from India and Pakistan, Munazza stood out among her peers. This otherness followed her wherever she went. In her mother’s home in India, and her father’s in Pakistan, she was considered American and, therefore, foreign. Yet at home in the US, she was considered more foreign than American. 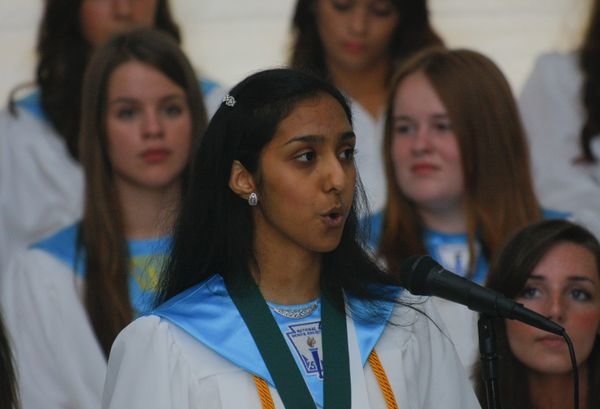 Rounding out Munazza’s already quite thorough sense of being an alien in a strange world was her education in a private Catholic school. While she had her two sisters by her side, Munazza was, for the most part, cast adrift in a culture that was worlds apart from the one her parents fostered in their home. Yet her reaction to this was not at all what you might expect. Going in with an open mind quite remarkable for her young age, Munazza explained, “it was a great way to learn to foster these ideas of acceptance, being among different groups and just learning how to understand what other people believe and the ethics that they live by.”

The Desire to Search the Cosmos

While astronomy did not feature in those early days, perhaps it makes sense that Munazza’s upbringing as a stranger in a strange land fostered in her a desire to pierce the depths of the universe in search of other life forms. Munazza’s vague sense of otherness and the unique thinking patterns that emerged from it finally crystallized into a tangible career path when she met a particularly inspiring teacher in high school. She had been relishing the critical thinking and problem-solving challenges of math and science, but when Munazza was first introduced to physics, she was immediately infected by her teacher’s enthusiasm for the subject. This teacher shared a similar backstory to Munazza, allowing her to feel that rare sense of actually belonging to someone. “She moved from Israel as a little girl to New York City… she was the first generation, and she loved physics and was a minority student when she went through graduate studies as a woman.” This teacher was inspiring to Munazza in far more ways than one. 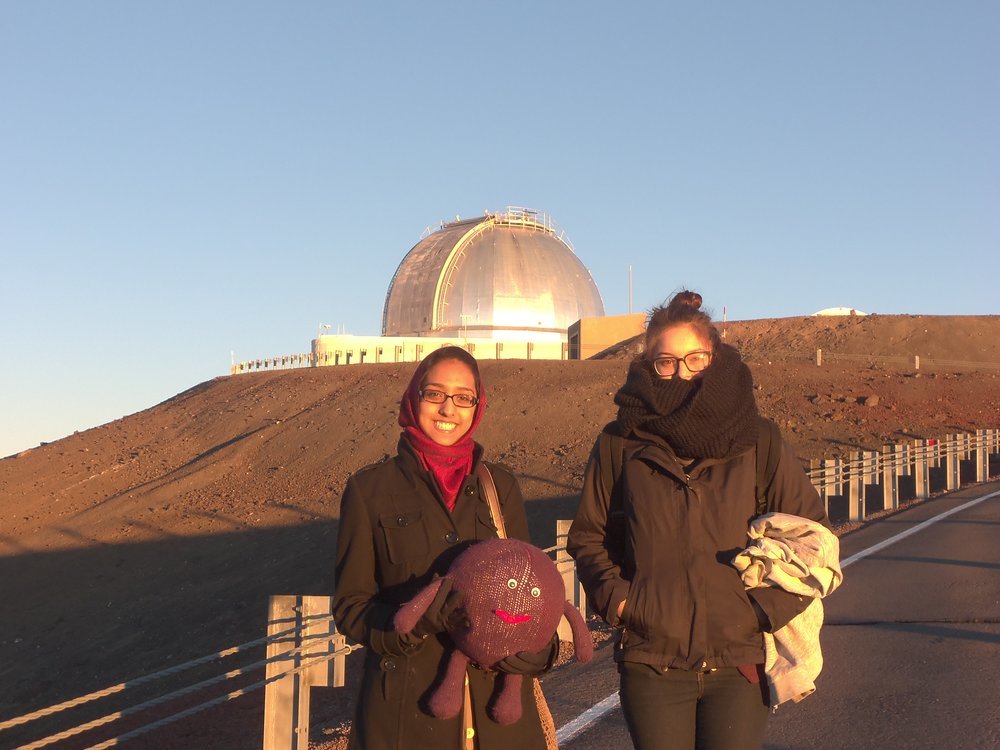 Munazza knew well before graduating high school that physics would be her major. So, by the time she commenced her freshman year at Manhattan’s CUNY Hunter College, she was already prepared to start her first research project on brown dwarfs. In the course of her research, Munazza visited the Kitt Peak National Observatory (near Tucson, Arizona). There, she saw the Milky Way in all its resplendent glory for the first time. Instantly she knew she had made the right choice with her career.

A Rising Star in the Field of Astronomy

Munazza has already proven herself a force to be reckoned with in her chosen fields of study.  She is a National Geographic grantee and, having attained her bachelor’s degree, is now working on a degree at the esteemed Harvard Smithsonian Center for Astrophysics, located in Cambridge, Massachusetts. She has now shifted her attention to large, bright exoplanets known as “hot Jupiters.” Munazza is a pro at breaking down the complexities of what she studies for an uninitiated audience. Basically, she takes date from the Hubble Telescope and uses it to “construct spectra of planet atmospheres to infer what they are made of and if these planets have clouds and hazes.” These constructions are then given added dimension through observations gained from Chile’s ground-based telescopes. Munazza’s research sheds light on how these celestial bodies form and the progress of their evolution. 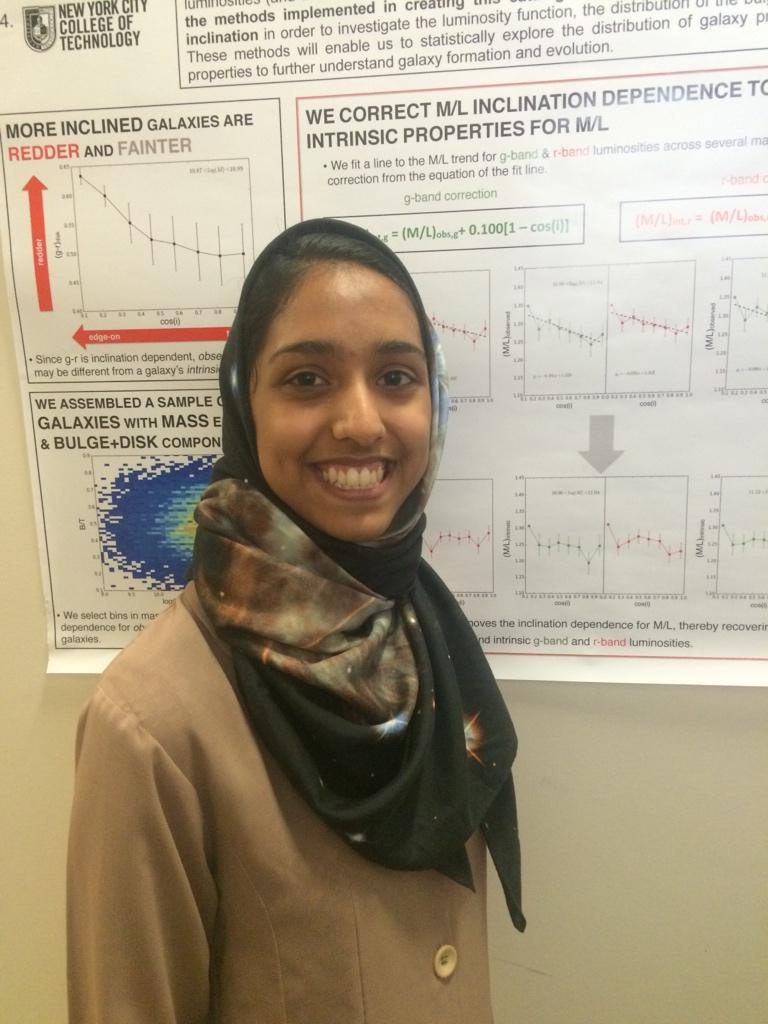 While her work is already adding depth to our understanding of the universe we reside in, she has even bigger dreams in mind. Given the magnitude of the space she has to explore, Munazza is hopeful she will, with enough dedication and patience, find Earth’s twin. Surely somewhere out there another planet has managed to form in the “Goldilocks zone,” that region within a solar system capable of supporting a climate and lifeforms like ours. While the endless searching may sound frustrating to some, for Munazza, it is the ultimate puzzle to solve; one that doesn’t have a picture or any instructions to refer to.

Finding another inhabited planet isn’t the only great dream Munazza has in her heart. Every day of her working life, she is reminded of the wonderful teacher who motivated her to take the path she is on now. Munazza now hopes to be able to share that spark of inspiration with other young women. “I don’t have any role models who look like me or have overlapping identities with me, so I want to be that for other girls who have a similar cultural background.” While gender equality tends, statistically speaking, to be better in astronomy than in other scientific fields, it still has a long way to go according to Munazza. Of the 52 students in her graduate program at Harvard, less than half are female. While, of course, not every discipline needs an even mix of genders or ethnicities, Munazza simply wants others to share in the wonder-working in astronomy allows you to perpetually fall into. In her words, it is “so human and so natural to gaze up at the stars and contemplate the cosmos.”

The Rockettes: The Fascinating History of an American Icon
Synonymous with New York in wintertime, there are few Americans who don’t have fond memories of the Rockettes. In fact, just saying the word will instantly conjure images of..

12 Beach Hairstyles You Can Pull off Without Being at the Beach
How do you reach the perfect beach hairstyle without going to the beach? Read on to find out!