The Eerie Ghost Town of Gwalia in Western Australia

This used to be a crude place, where the few who lived here dreamed of going out to the metropolis for a better life. Then Sons of Gwalia, a gold mining company, started business east of Perth. Soon the shanty town became a mining site and people started to flock around, as they normally do when business boom.

It was the 3rd largest producer of gold in Australia in 1890, and with more people coming for work, at the height of its operations, around 1,114 people had resided in Gwalia. But the gold mine’s operations were halted by a fierce fire accident in the 1920s, and it would not resume its business for 3 long years. It was the start of Gwalia’s demise, and although business would start running again for a while, it was never really able to pick itself up from the ashes.

The mining site’s resources were depleted, which meant mining gold there had to cease forever, and it was made official in 1963. Acknowledging that nothing else held them back to earn their living, people went as quickly as they had arrived. In less than 3 weeks, its inhabitants had dropped to 40, and they were packing up too; gone before long. 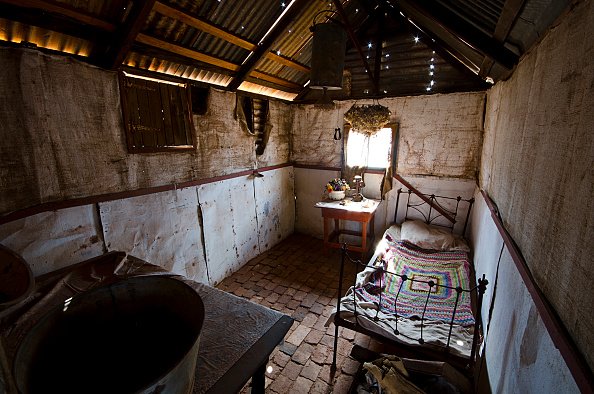 In 1971, there were government efforts to historically preserve the mining site aesthetically. There are still abandoned homes around the site, and old shops were people used to dwell. A handful of people live there, greeted by grit and whistling winds that accumulate dust in their terrace. Within the ghost town is a museum. It is the busiest part of the town, but only in spirit; showcasing pictures and data of how Gwalia used to be.

How to Create the Perfect Travel Journal
When you're traveling the world, documenting your journey can be a huge part of your adventures. Rather than just taking a few photos - which let's be honest, no one looks at..

Diwali Is the Best Time of the Year to Visit India
Most of you probably looked at the title and knew every word except for the first one. Well, now is a great time to broaden your horizons and learn a little bit about other..