If you plan to take a leisurely stroll down the streets of Totolac, a village in the state of Tlaxcala, then you’re in for a pleasant surprise — especially if you plan to do so on a Wednesday. During this day, the town’s 200 bakers place loaves of ‘pan de pulque’ in their ovens, leaving the whole village suffused with the warmth and scent of freshly baked bread. Traditionally made ‘pan de pulque’ requires the use of pulque — a mildly alcoholic drink made from the fermented juice of the agave plant — as a natural leavener for the bread. 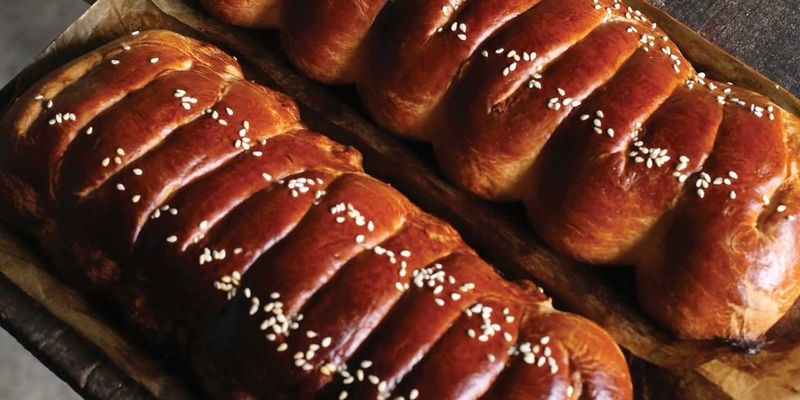 Pan de pulque is also known as pan de fiesta (festival bread), pan de feria (fair bread), and — because it is often carried by mules or donkeys to other towns or states — pan de burro (donkey bread). Occasionally, to keep this bread from drying out, bakers and sellers would wrap it in white zapote leaves or banana leaves, which of course gives the bread a mild leafy essence.

Residents of Tlaxcala have been making pan de pulque — using pulque (usually the maguey variety), cornmeal, and honey — long before the onset of the Spanish Conquest. However, closer scrutiny of the bread as it exists today would soon make you realize that it is more closely related to the version that was made when Franciscan friars arrived and taught Tlaxcalans to bake bread with wheat. Because Tlaxcalans formed an alliance with the Spanish to expel the Aztecs, they were given rights to cultivate their own wheat. Many believed that bakers in Tlaxcala started incorporating pulque to the ritual bread of the Franciscans as a secret offering to their own deities, which they cleverly disguised as an oblation to Christ. Pan de pulque soon became a staple food among the locals, which they dunked in mole and ate with cheese and beans. Although the ingredients have changed slightly in time to coincide with more conventional bread-making practices, pulque remained as the defining feature of this bread. 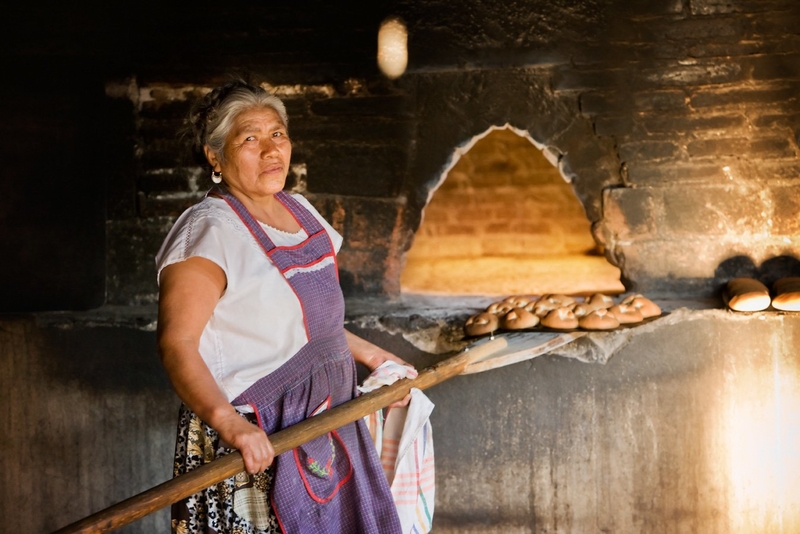 The practice of drinking pulque, which is typically imbibed as soon as it’s made (to avoid quick spoilage), slowly fell out of favor with the arrival of the conquistadores as well as the increasing popularity of beer. However, it has enjoyed a sort of resurgence in some Mexican bars. A similar trend has also happened to the pan. In the past, Totolac bakers would use pulque when making bread; these days, however, their version of pan de pulque is similar to any traditional bread — using the ingredients of flour, shortening, piloncillo (unrefined cane sugar), eggs, and yeast. Today, only a few Totolac bakers continue to add pulque to their dough.

While they continue to use the name, the signature ingredient is basically nowhere to be found. Nowadays, pan de fiesta remains a popular feature of festivities. The bread is usually rolled out in a braid, topped with sesame seeds or candied fruits; sometimes it is also made as a rounded bun, with sprinkled sugar at the top. Today, pan de pulque that is made with actual pulque has taken on an exalted status of artisanal foods, prepared by bakers with the time-honored wisdom of Tlaxcalan cuisine. Thus, the storied tale of the bread continues, and its many names and forms of enjoyment guarantee that it will always have an enduring place in the Mexican dinner table.