Nov 24, 2021 | Michelle Muller
Share on Facebook
“The Last Dance” is a ten-part documentary that has been hailed as an honest narrative about the Chicago Bulls’ 1997-98 season; it was impeccably produced, authentic, and seemingly existing within its own sealed universe. Approximately five hundred hours of footage from the Bulls’ 1997-98 season was waiting in the archive of N.B.A. Entertainment. It offered unparalleled access to the unraveling of one of the greatest dynasties in sports history. The season concluded after Jordan retired. Their second-best player, Scottie Pippen, was traded; and their coach, Phil Jackson, left. 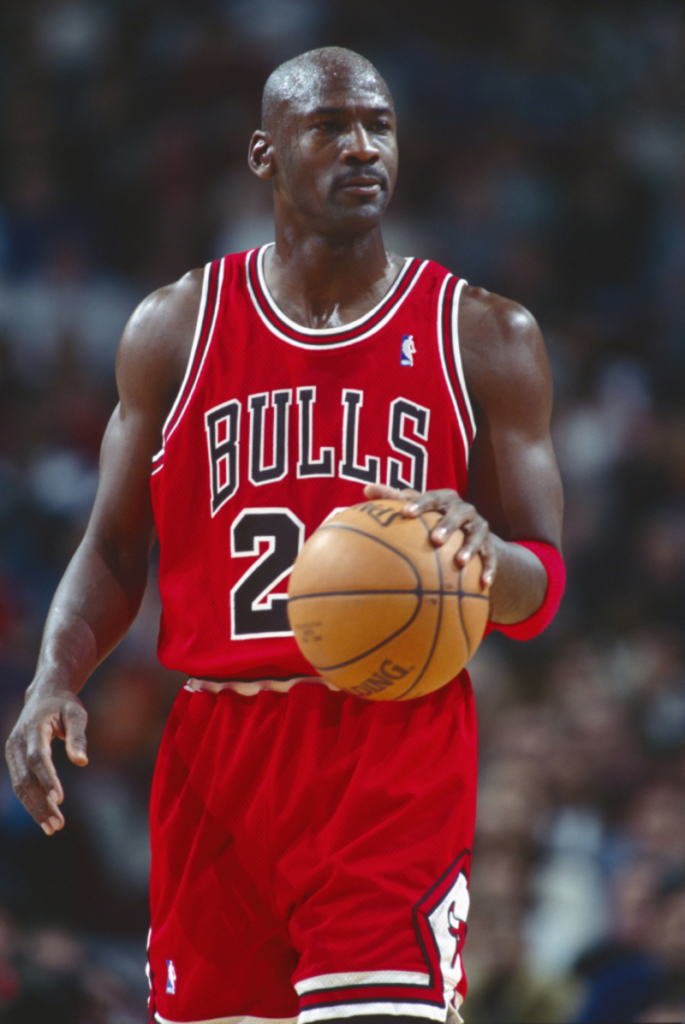 Alamy Stock Photo
Fittingly, the documentary arrived just in time to save sports; the début was pushed up to the  COVID -19 shutdown. We see Jordan with his long, slender limbs as he levitated, scooping and spinning for jump shots, more weightless than air. There was a kind of magic, not just in the way he soared but also how he landed. In the series’s second episode, there is a hint of another kind of story that focuses on Scottie Pippen. Pippen was another great player in the league’s history, but he was the wingman, his sidekick on Jordan’s team. He had a couple of lousy games and was timid; in other words, he was not Michael Jordan. In 1991, Jordan had signed a seven-year deal that, as both the league and Pippen thrived. By the 1997-98 season, Pippen was one of the game’s best players. Chicago’s general manager, Jerry Krause, publicly dangled him as trade bait. Pippen was fed up and delayed his foot surgery so that he would miss the start of the season, and demanded a trade. Pippen grew up in a big family in Arkansas; they were twelve kids. 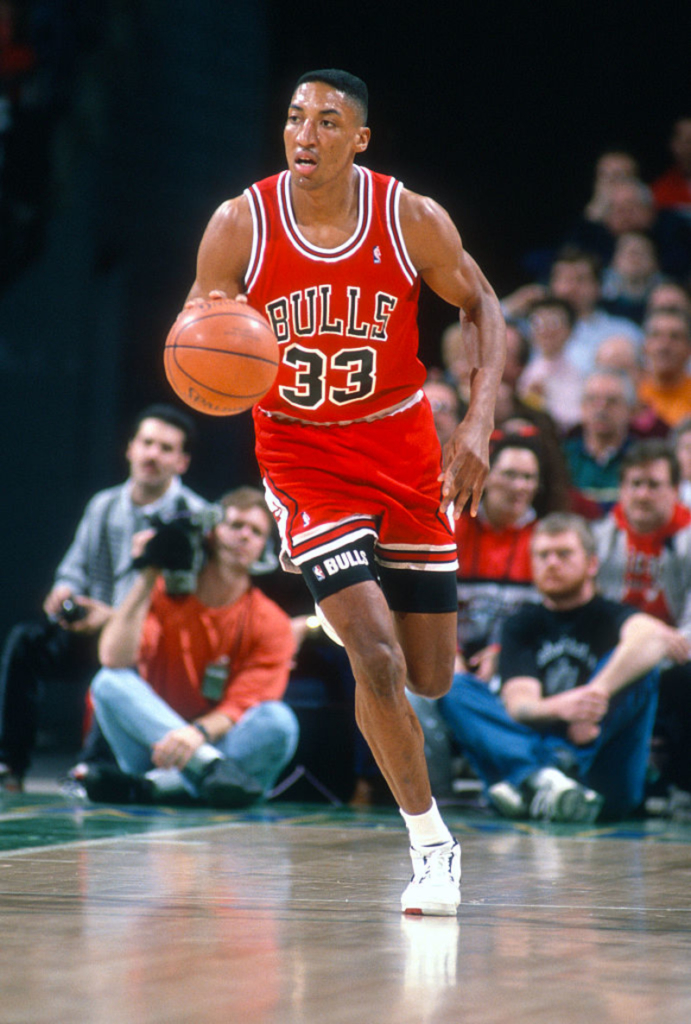 Getty Images Photo by Focus on Sport
Scottie Pippen’s father had a stroke when he was young and had to use a wheelchair. Another one of his brothers was paralyzed from a wrestling accident. Pippen began his college career as the basketball team’s equipment manager, knowing how much he could lose. He was afraid of suffering a career-ending injury. “I felt like I couldn’t afford to risk an injury and not to be able to provide,” he said. “I needed to make sure that people in my corner were taken care of.” Even now, you can hear the sentiment in his voice, the pressures of American society piling up on a young black man. Pippen wasn’t just playing basketball to win; he needed it, and his family relied on him. Jordan respected, appreciated, and depended on Pippen. That didn’t mean there wasn’t tension between them, especially their last year together. Jordan spared no one from his cutting remarks if he felt that they weren’t performing. Wrenching scenes feature Jordan talking about how much he desired his father’s respect and attention, who favored his brother.