Dec 30, 2021 | Ofek Hagag
Share on Facebook
Actress and comedian Tiffany Haddish has a small-yet-significant part in the new Phineas and Ferb movie on Disney+. When the casting news was first released, Haddish’s role was kept under wraps, but now the movie is out and so is the secret.

Haddish has been a fan of the Phineas and Ferb franchise for years and didn’t need to be persuaded to come on board. But you’d have to watch the credits to understand what her role really was. In the credits, Haddish is mentioned as dubbing for “The Sound Someone Makes When They Explode From the Waist Up”. 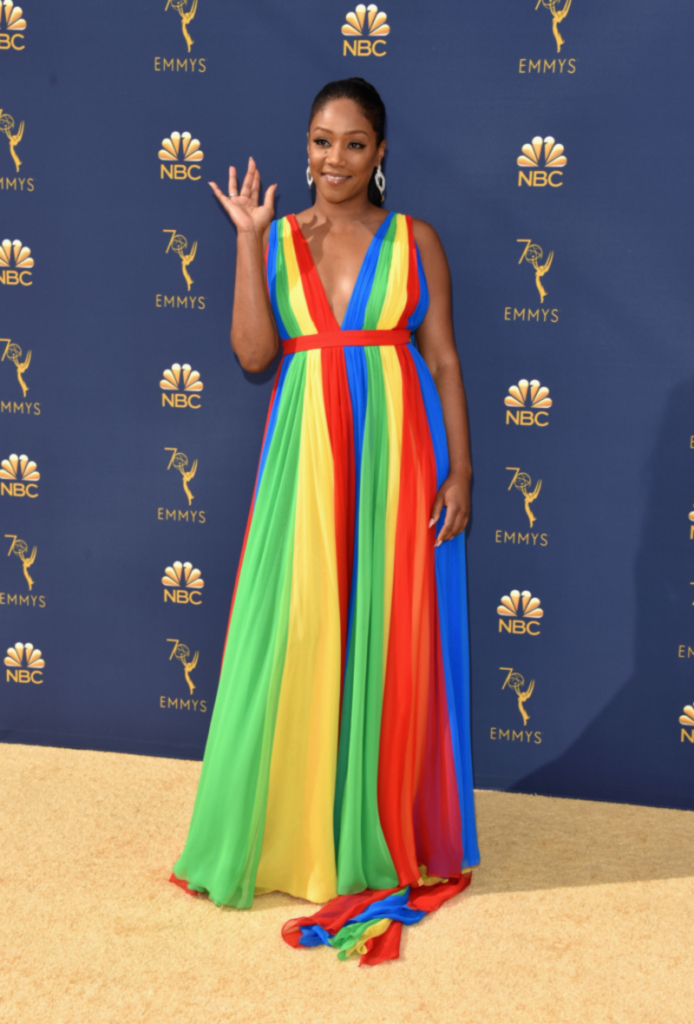 For those of you who haven’t watched the movie yet and need a little clarification, let us explain: Cadence, one of the characters in the animated comedy (dubbed by Ashley Tisdale) is abducted by aliens. Those aliens seem to think that her name sounds like “the sound someone makes when they explode from the waist up”, which is pretty common on their home planet. Their alien weapon is later put to the test, blowing extraterrestrial beings from the waist up, with Haddish performing all the sound effects to perfection.

Haddish is not without credentials when it comes to cartoons. She lent her voice to characters in “The Lego Movie 2: The Second Part”, “The Angry Birds Movie 2”, and “The Secret Life of Pets 2”.

There was no other option

When considering voice actors for the job, co-creator Jeff Marsh (AKA Swampy) said it was a no brainer. Haddish was happy to participate and do whatever the show needed. She did, however, ask for something very special in return — Phineas and Ferb t-shirts, namely with Perry the Platypus. Normally, that wouldn’t be a problem, but the trouble is that no such shirt has been made in five years. Co-creator Dan Povenmire wasn’t too alarmed by the request and put his artistic skills to the job. He picked up some t-shirts, some sharpies, and some acrylic paint, and made Perry the Platipus printed t-shirts all on his own!