A Brief History on How American Football Found Its Footing

Jun 8, 2022 | Mila Serfontein
Share on Facebook
Traditional English Football itself came from the mid-18th century in England and parts of Australia and diverged into Associated Football and Rugby Football. But then the “Father of Football” Walter Camp proposed a list of alterations to the game of Football at the 1880 U.S Collegiate Annual Football Convention. It was a real game-changer. Soon everyone learned that combining two great sports was only going to do magical things. This is a brief history of how American Football came about and how it became one of the most viewed sports globally. 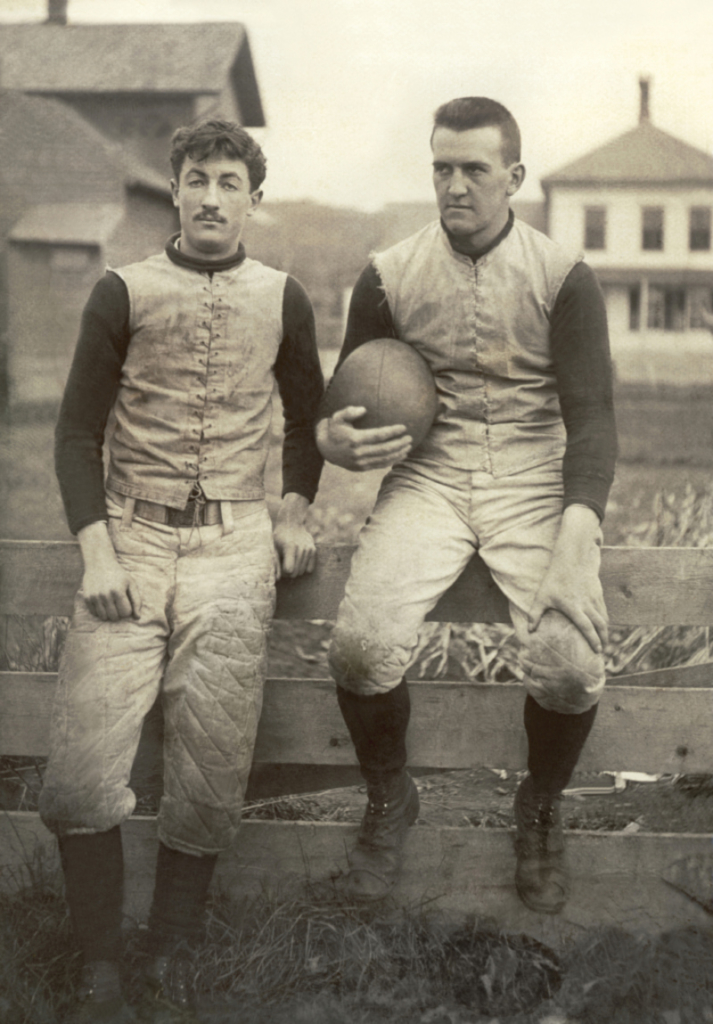 He proposed a multitude of changes that would alter the game forever. For example, the line of scrimmage was originally the point when the ball carrier is tackled, and the ball is quickly recycled to a fellow teammate. Camp proposed that at that point of tackling, the play is stopped and then reset uncontested with only four attempts to further 10 yards on the pitch. He also introduced the legalization of blocking other players and forward passing, sparking huge strategic changes in the game.

With competition rising, teams were becoming desperate in obtaining the best athletes for their team. The first professional football player was the best player of that time,  Pudge Heffelfinger who had played for Walter Camp at Yale University till 1888 – the best team of its time, undefeated and unscored upon. He was playing for the Chicago Athletic Association when two rival teams from Pittsburg, the Allegheny Athletic Association (3As) and the Pittsburgh Athletic Club (PAC) both offered him money to represent their team in 1892. Heffelfinger chose 3As when they doubled PAC’s offer with $500, scoring the only touchdown and taking them to victory. This caused huge controversy and massive strategy adjustments. 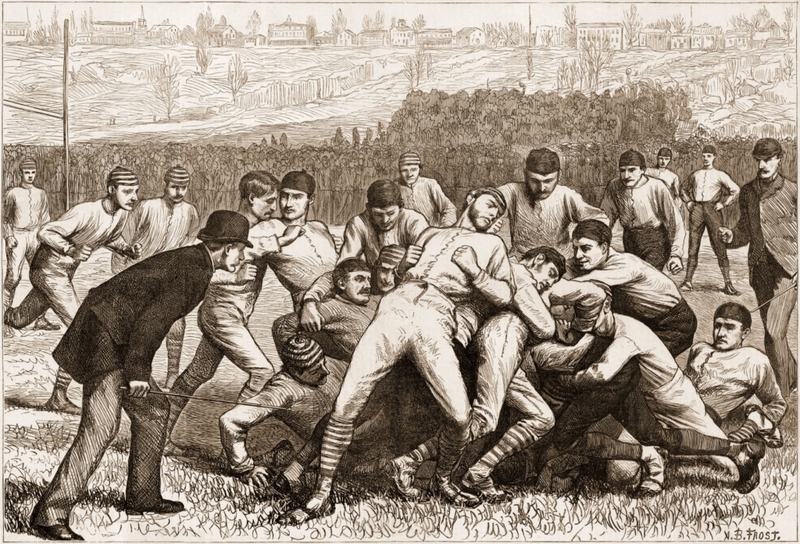 In 1920, the American Professional Football Association was formed and changed its name in 1922 to the National Football League (NFL) which became the largest football league. Football took a new wave of change when the first indoor game was played in 1902 due to harsh weather. Due to the field being smaller, the gameplay adjusted, they moved the goal post from the end-line to the goal-line and all play would start between the hash marks (which were 10 yards from the sideline). The NFL would adapt to these rules and over in 1932, further changes were made, including tapering the ball to be smaller and more aerodynamic.

Competition at an absolute high with cutthroat negation techniques to summon the best players. The NFL introduced the Draft concept in 1936 where in a rather impulsive decision they decided to allow the last team in the rank to select the players first and continue in reverse order over 9 rounds, which became 10 rounds in 1937. The popularity of the game exploded at the legendary 1958 NFL Championship Game, the first-time tiebreaker in extra time. Shortly after, the rivals to the NFL, the American Football League (AFL) were forced to merge, and the Super Bowl was born.