Driving into the endless desert terrain of Qatar makes you dose wide awake, following the droning sound of your vehicle that leads you through ruts and parched stretches, past an island camel corral. Then comes the dunes and sand cliffs, leading you to something more interesting, sure to snap you out of the humdrum of a long journey. Film City is a recreation of an ancient Arabic (Bedouin) village originally built for the making of a film. It stands behind a canyon, completely surrounded by an omnipresent desert peninsula of Zekreet. 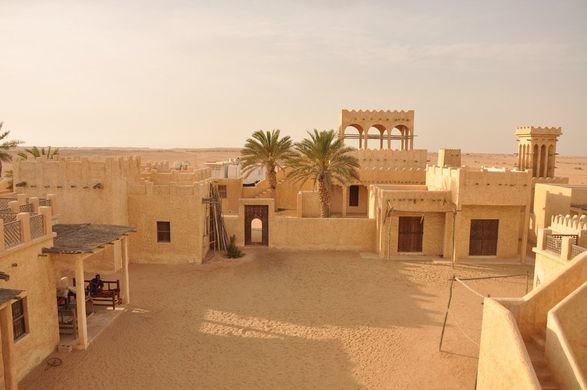 The first question that comes to anyone’s mind upon encountering “Film City” is to inquire regarding its purpose, for no one can be seen around it, and no automobiles are bound to come and go on a regular basis. People will give various theories about it, of Hollywood-related story lines, of it built for a Qatari TV show, or for some promotional ad for the upcoming 2022 Qatar World Cup. But the truth is nobody really knows. Why was it abandoned? Roam around this strange yet quaint set. Climb up its turrets, relish the silence around its empty square, or practice your lines out loud if you’re an actor, as if up in a stage, if you will. 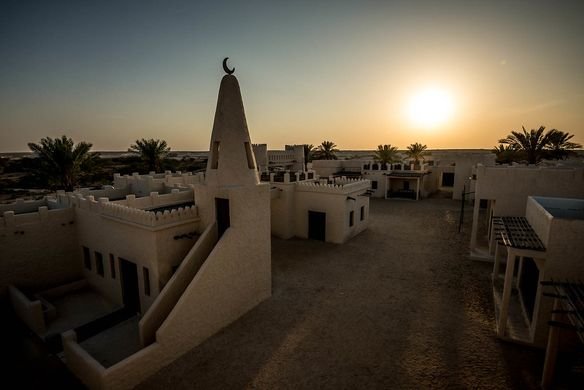 Get to Film City by starting down Dukhan Highway. Remember not to drive a small car, but use a Jeep instead. Drive through D-Ring Road to Shamal. In about 55 miles you will see a sign to Zekreet and turn right.