Nov 5, 2021 | Zoe Karbe
Share on Facebook
Before Halloween became all about eerie party decorations, horror-themed candies, and Dracula costumes, people viewed the holiday as the night the dead returned to their homes. The day of Samhain, which marked the beginning of winter was actually a really spooky time. In fact, according to the 1903 Encyclopedia of Superstitions, Folklore, Occult Sciences of the World, it was “the night of all the year that spirits walked abroad and fairies were most bold.”  Yikes. Here are some more Halloween superstitions that might freak you out… 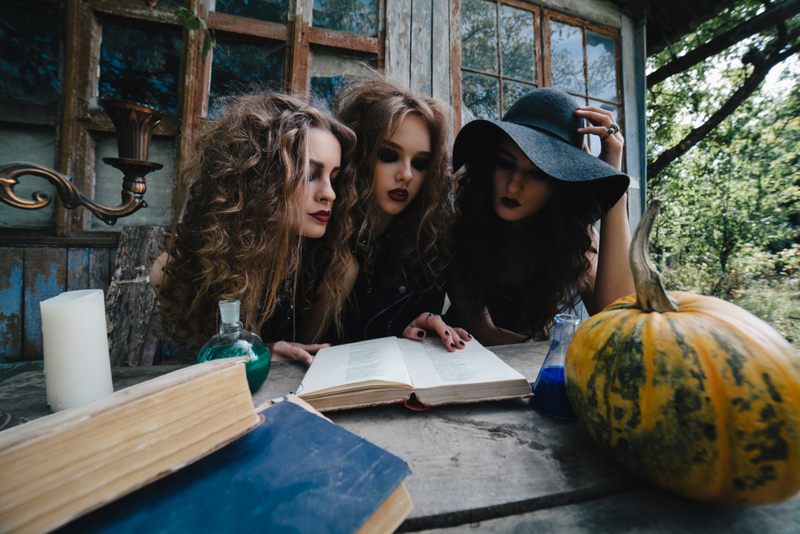 In the British Isles, it was believed that eating blackberries after Halloween was an act of pure evil. That was the night that the “púca” (that’s Gaelic for ghost) would come out and haunt all those who ate blackberries. Sounds pretty bizarre.

Halloween is a time for self-protection against all the ghastly ghouls and ghosts out there. Some folks believe in burning certain herbs, but in Scotland, they believed that a fiery stick being waved in mystic figures was all that was needed. Waving this around would guarantee a spook-free home.

White Stone In a Fire = Longevity

Here’s something pretty unsettling. In old Welsh practices, families would gather for their annual huge bonfire and throw marked white stones into the fire. If you couldn’t find your stone the next day, then you wouldn’t live to see the next Halloween.

Bull Watching to Predict the Weather

Long before checking the weather forecast on your phone or in the news, people supposedly paid attention to what direction their farmyard bull was facing, on Halloween of course. This would supposedly indicate the direction of the wind. That kind of sounds like Karen Smith predicting the rain when it’s already raining, but hey, who are we to question it?

Eat an Apple on Halloween For Health

This sounds pretty reasonable. We already have some idea that an apple a day keeps the doctor away. This Celtic belief is however a little more specific. They believed if you ate a large apple under an actual apple tree, at midnight, on Halloween, wearing only a bedsheet, then you would never get a cold. Seems reasonable.

Give Birth on Halloween for a Super Baby

Now, this might be a little tricky and might require some seriously expert planning, but if you have any desire for your child to possess supernatural powers, then make sure you give birth on Halloween. Kids born on Halloween were said to have the “power to see spirits and converse with fairies.” Sold.