How Whoopi Goldberg Made “Ghost” the Classic It Is Today

Jan 12, 2022 | Ella Julius
Share on Facebook
For those who don’t remember, the 1990 fantasy thriller, “Ghost” told the story of a young woman in trouble (Demi Moore), the ghost of her dead lover (Patrick Swayze), and a psychic (Whoopi Goldberg) who assists him in saving her. Upon the film’s release, the rest of Hollywood had reason to be scared…and the reason was the movie’s success. 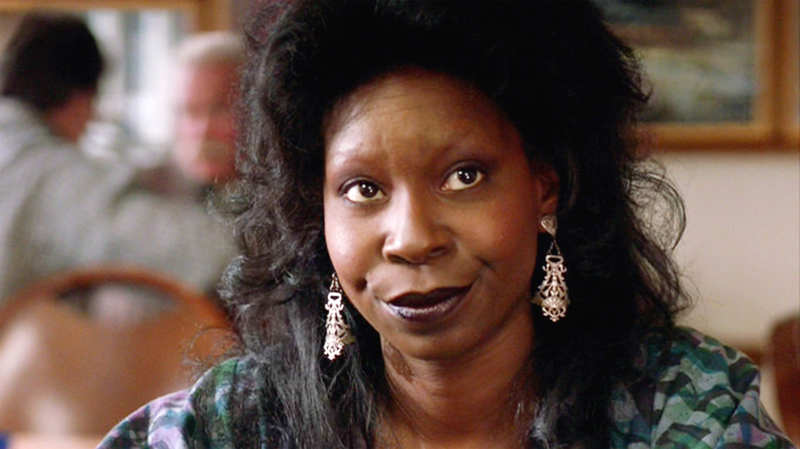 Between being the year’s highest-grossing film and scoring five Oscar nominations, “Ghost” was a hit. That being said, there was a lot of skepticism before production began. “A lot of people wondered how we were going to mix the comedy and tragedy,” revealed director Jerry Zucker, who made his solo debut as a director with the film. He understood that he had to trust the actors a little more.

A Praise for Goldberg

Goldberg, who received praise for her performance, seemed to hold the movie together. She seemed to have found a role that suited her and made the most of it. Though some critics gave her negative reviews, she went on to win a Golden Globe, an Academy Award, and a BAFTA Award for her performance as Oda Mae Brown.

Making the Character Come to Life

Oda Mae, a psychic con artist’s fake talent of speaking to the dead, turns real when Sam visits her — had audiences obsessed. There was one scene in particular that stood out, the scene in which another spirit posses Oda Mae. Zucker explained, “There was an air pipe connected to a cylinder that would push a huge gust of air up that gown to puff it up,” the scene took a few attempts before Goldberg managed to get through it without jumping or laughing. Goldberg’s expression and energy managed to depict fear, though the scene was humorous in ways. Whoopi played the part so believably; it just made the whole film work. The character was Goldberg’s creation, according to Zucker, and she managed to make it come to life.