The First Ever Zeppelin Ski Mission

There is a gigantic Zeppelin that floats above the Alps like a spaceship from another planet. To some, dropping from something like this might seem terrifying, but for Austrian skiers Andreas Gumpenberger, Stefan Ager, and Fabian Lentsch this was their chance to become the first people in the whole world to zeppelin ski. In an interview, Ager revealed that the plan was born from a friendly joke between them: “We saw a Zeppelin circling around the sky. As a joke, we just said: ‘Let’s do Zeppelin-skiing,’” he recalled. What started as a joke, soon became a lengthy mission of research and simulations.

The first step was when the three rappelled down a fifty-meter rope on the 7,326-feet Kleiner Valkastiel summit. This was a feat that brought them closer to their long-time dream of skiing from the top of the Austrian mountain. Ager also added that they thoroughly studied everything before the big attempt, and discovered that the slopes were in fact completely untouched by skiers. They also thought that skiing down there would be a walk in the park, so to speak. But between the permits, the Zeppelin company, and the legal rights, it was anything but easy. 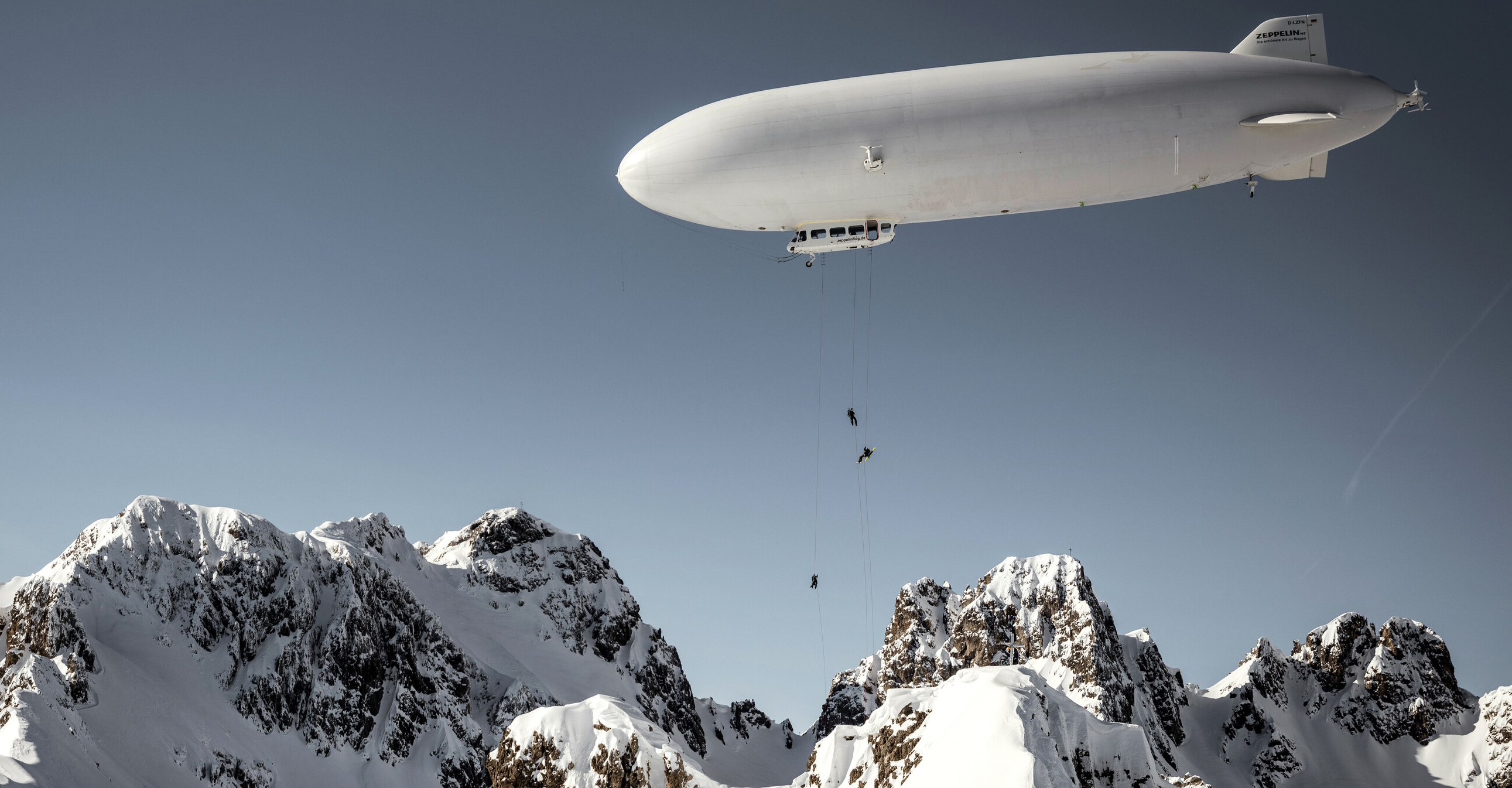 Nevertheless, one can’t deny that this goal was ambitious, a record-breaking activity against all odds. Apart from all the theoretical research, they also did a dry-run to flight-test the craft in 2018. However, they weren’t successful in reaching the peak because of the warm temperatures.

While there have been previous records of expeditors achieving similar missions, such as hot-air balloon-skiing and conquering massively high mountains, skiing from an aircraft down 6,000 meters is in another category of extreme sports. “You cannot get rid of your smile because it is so surreal”, Ager said.

Throughout the 20th century, floating airships like these– some of which are larger than two football arenas, have even traveled through the world’s oceans. The biggest airship in history was the Hindenburg. It could accommodate 72 passengers, had sleeping cabins, a lounge, a promenade, a bar, and of course, dining areas. 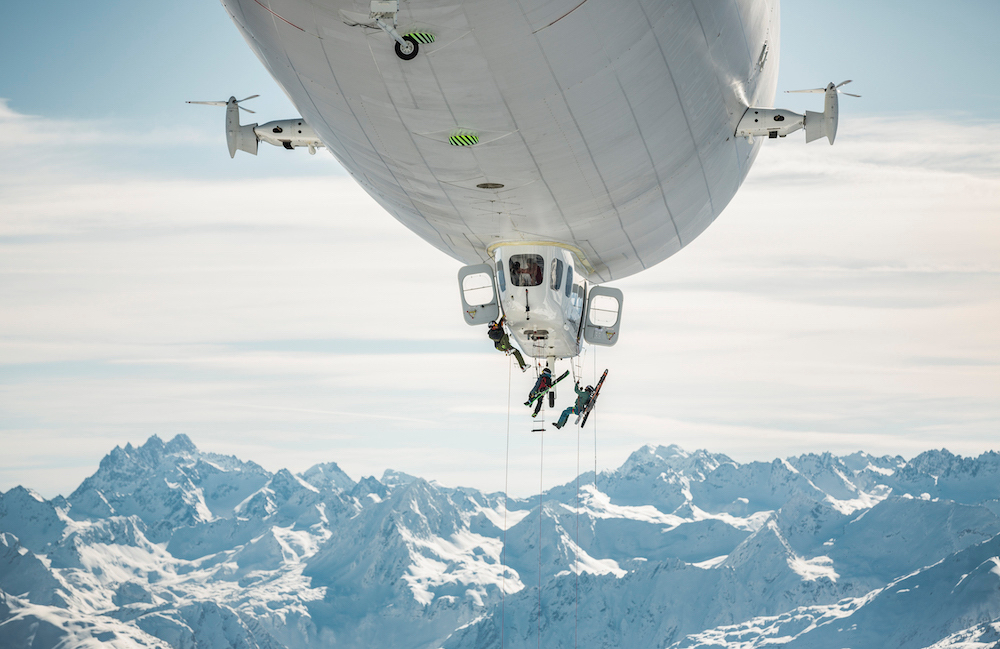 During the Great Depression, when the Hindenburg was floating, people thought that aircraft would be the future of travel. Many buildings such as the Empire State Building even had structures called a mooring mast, for aircraft to dock and attach themselves to. Ager, amazed by how amazing these Zeppelins are, talked about how most people don’t even know about them. Extreme athletes are often exposed to danger. They’re risk-takers after all. But to these skiers, they minimized any possible danger through their research.

“We think that it is more dangerous to text and drive than to do Zeppelin-skiing. We plan it to the greatest detail we can possibly plan it. Once you’ve done that, you don’t think about the risks anymore because, in your head, there are no more risks left”, Ager laughed.

The major risk, though, wasn’t really from the Zeppelin aircraft itself. Of course, the airship pilot would never allow such mishap to happen, but there was a possibility that they would lose their lives through an unexpected or uncontrollable mishap. Now that they finally achieved such a spectacular goal, what’s next for Gumpenberger, Ager, and Lentsch? Indeed, this trio belongs to the fearless crowd of risk-takers. With their meticulous preparation and bold hearts, they conquered this feat.