Jan 5, 2022 | Zoe Karbe
Share on Facebook
Chloe McCardel, the Australian endurance swimmer made history on Aug 16, 2020, by completing her 35th crossing of the English Channel.

Shutterstock
Apart from the fact that it took her a mere 10 hours and 40 minutes to complete the crossing, she has now officially surpassed the men’s record for most crossings of the channel. British athlete Kevin Murphy had done it 34 times and British swimmer Alison Streeter, who has completed it 43 times. According to Sunrise, the Australian news program, McCardel said that every time she sawm the English Channel it was an experience.

Shutterstock
On top of that, it was the Australian swimmer’s fourth time crossing it in just over 2 weeks. McCardel has been suffering from a lot more muscular pain than she actually expected. According to ITV, the swimming champ said that she’s not quite sure if she wants to swim the Channel again for a while. T

What is the Channel?

he English Channel, also so known simply as the Channel, is the arm of the Atlantic Ocean that divides Southern England from northern France, and connects the southern part of the North Sea. It measures roughly about 350 miles (560 km) long and varies in width from  150 miles( 240 km) at its widest to 21 miles (34 km) in Strait of Dover. It is however the smallest of the shallow seas in continental Europe, covering an area of some 29,000 sq miles (75,000 km2 .) 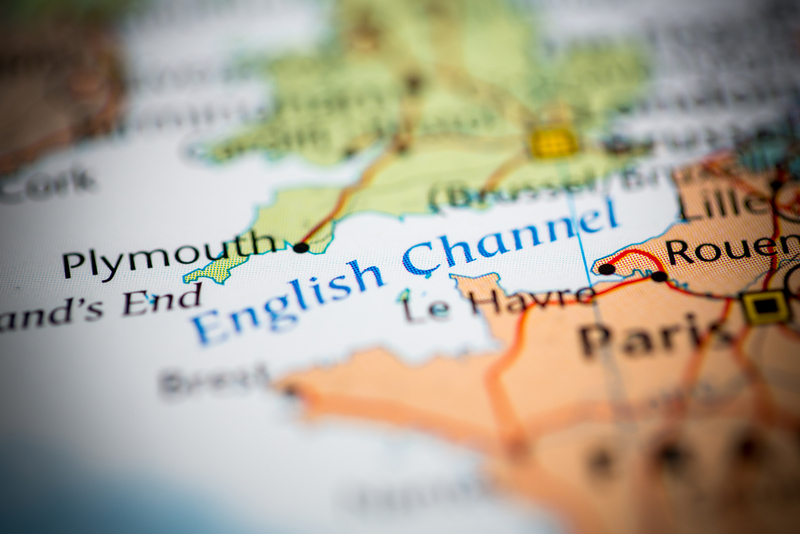 Throughout history, the Channel has received a lot of scientific and geological interest in regard to its location and tidal movements. More importantly, however, its positioning has given its great historical significance as both a barrier and a route between the European nations forming, particularly Britain.

Today it is the busiest shipping area in the world. No wonder so many people risk everything swimming it year after year. To cross the English Channel is one of the greatest swimming achievements one can do. Doing it over 30 times is of course just staggering.