Jun 4, 2022 | Mila Serfontein
Share on Facebook
Wilma Rudolph, an icon for athletes and women across the world by overcoming huge personal hurdles and dominating the hearts of many through her athletic triumphs.  Born on June 23 rd , 1940, Wilma Rudolph was battling the odds to walk when she had Scarlet Fever at the age of 4 and when she was diagnosed with polio, her doctor said she would never walk again but her mother assured her she will. Listening to her mother, she started practicing small movements while in a brace and eventually overcame her ailments whilst picking up a knack for basketball.

In high school, she was breaking records in basketball and her speed and athleticism drew the attention of scouts for track-and-field. At the age of 16 and the youngest member of the United States (U.S.) Team, Rudolph made her debut at the 1956 Summer Olympics in Melbourne, Australia where she snatched the bronze at the 4x100m relay race.

Inspired by her fellow African American athlete, Jesse Owens, Rudolph was determined to conquer the next Olympics, Rudolph trained and conquered the trials for the 1960 Summer Olympics in Rome, Italy by breaking the world record for the 200m sprint, also qualifying for the 100m and 4x100m relay. At the age of 20, Rudolph won gold in all three races she participated in – making her the first American athlete to win 3 golds at an Olympics. Earning her multiple nicknames like “The Tornado”, “The Black Gazette”, and “The Back Pearl”, Rudolph returned as a hero and received the Female Athlete of the Year in 1961. 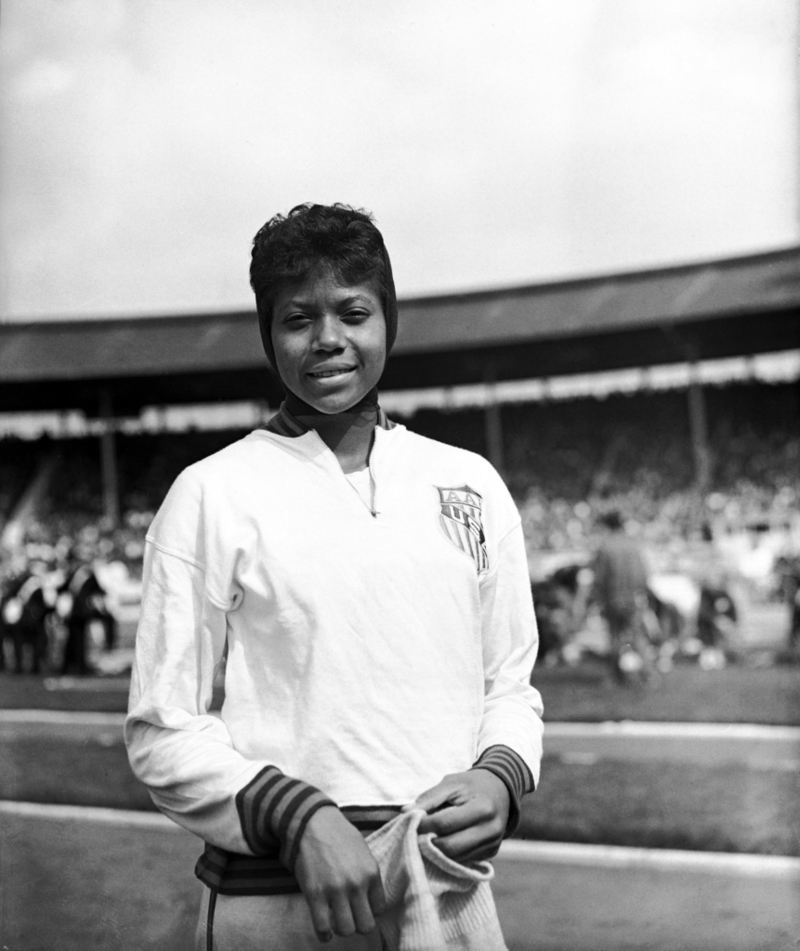 Dating the legend Muhammad Ali in the early 1960s, Rudolph had two marriages that ended in divorce, but she had two daughters and two sons. Competing and dominating, Rudolph retired in 1962 at the height of her career to focus on her Degree in Education. Puzzling the public as to why she retired so young, she always referred to her biggest motivation as Jesse Owens who had retired at the peak of his career. She wanted to inspire children across the States and worked at different sporting facilities. in 2963, after receiving her degree, Rudolph represented the U.S. once again as a goodwill ambassador in a month-long trip to West Africa.

In 1990, she became the first woman to receive the National Collegiate Athletic Association’s Silver Anniversary Award and was inducted into the Hall of Fame in 1994. She was a huge inspiration for young women, especially of color, and for any ambitious young soul combating physical disabilities with over 20 books written about her journey. Shortly after her mother’s death, Rudolph was diagnosed with throat cancer in 1994 which had spread drastically to her brain and died at the age of 54 on November 12 of the same year.