Your Guide to 007: The 10 Best James Bond Films Available on Netflix

With the abundance of movies available on Netflix, and the curious way the streaming platform’s algorithms have of deciding what to reveal to you and what to keep hidden, we’re willing to bet you had no idea that there was a hidden bounty of James Bond flicks lurking in the dark recesses of their catalogue. In fact, almost every James Bond film ever made can be found on Netflix, and we’re sure they’re working on snagging the illusive few they haven’t got their hands on yet (comprised of the three most recent films and the 1983 Sean Connery classic, Never Say Never Again). As any 007 fan who’s done the math will tell you, that leaves us with 21 Bond films to choose from on Netflix (although, we have some bad news for our northern neighbors: the Bond collection hasn’t made it to Canadian Netflix yet). If you’re ready to venture into the world of the British Secret Service, we’ve selected the cream of the 007 crop to present you with the best Bond has to offer in action, adventure, fast cars, gadgets, perfectly mixed martinis, camp one-liners and sexual innuendo.

While Pierce Brosnan tends to be taken off the table pretty early in most discussions on who was the best Bond, Tomorrow Never Dies was an undeniably action-packed adventure that did the franchise proud. Directed by Oscar-nominated Hollywood veteran, Michael Apted, Tomorrow Never Dies takes us into the world of nuclear weaponry and cyber-warfare. 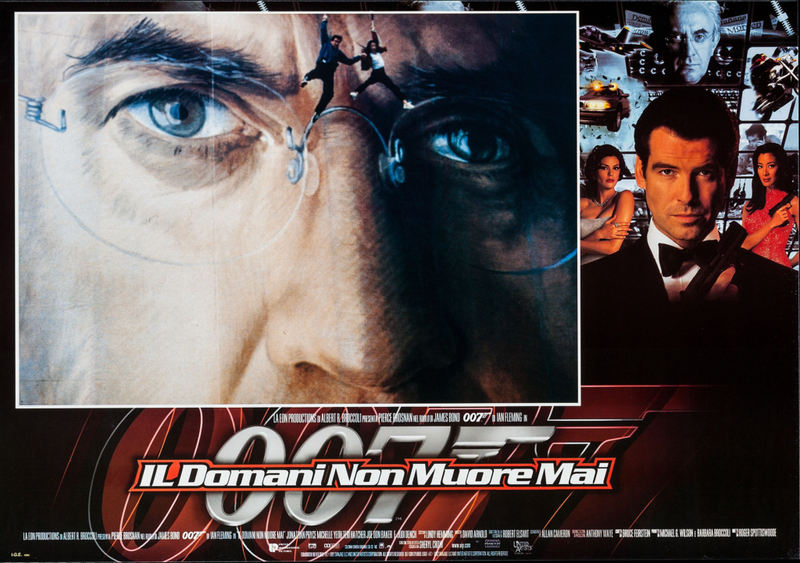 Tomorrow Never Dies was Brosnan’s second outing as James Bond and, while it received mixed reviews from critics, it was a hit among audiences. In recent years the film has also received a late surge of appreciation when fans revisited it and realized the plot contains a certain amount of prescience about events that have taken place since its release.

Just as Pierce Brosnan’s second outing as Bond—Tomorrow Never Dies—aged well, so too did Roger Moore’s second excursion in the shoes of the secret agent. While The Man With The Golden Gun received some of the worst reviews of a Bond film ever back in the 70s, over time, Bond fans realized the critics didn’t know what they were on about and the film has become one of the most loved in the franchise. 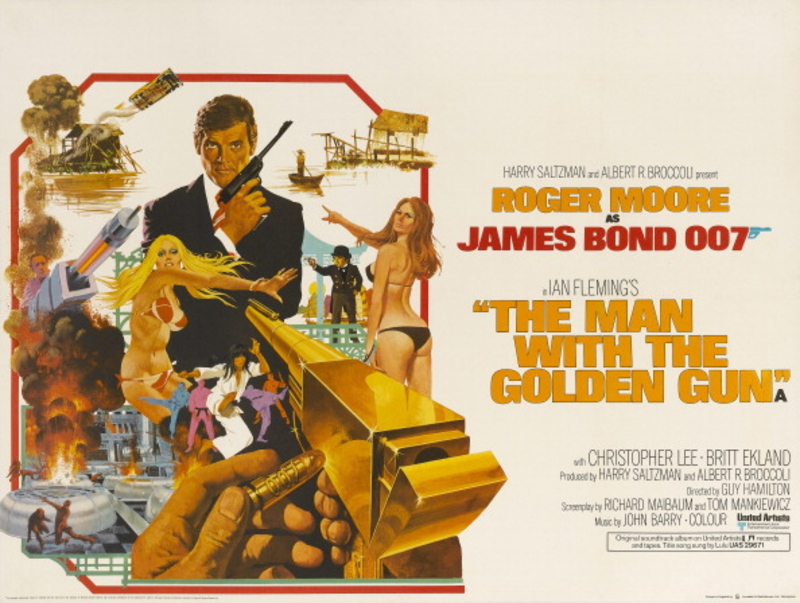 While Roger Moore was a brilliant Bond, what makes The Man With The Golden Gun stand out so much is its villain: Francisco Scaramanga. Played by Christopher Lee, Scaramanga has, as you might expect, a golden gun (the third nipple was less expected). Christopher Lee is known for his portrayal of Saruman in Lord of the Rings and, as it turns out, is actually a step-cousin of Bond creator, Ian Fleming.

One of the earliest films in the Bond franchise, Thunderball was also one that heavily influenced Mike Myers in the creation of his spy parody, Austin Powers. The film centers around an evil organization going by the name SPECTRE that steals a couple of atomic bombs and demands a ransom from NATO in exchange for not detonating them. 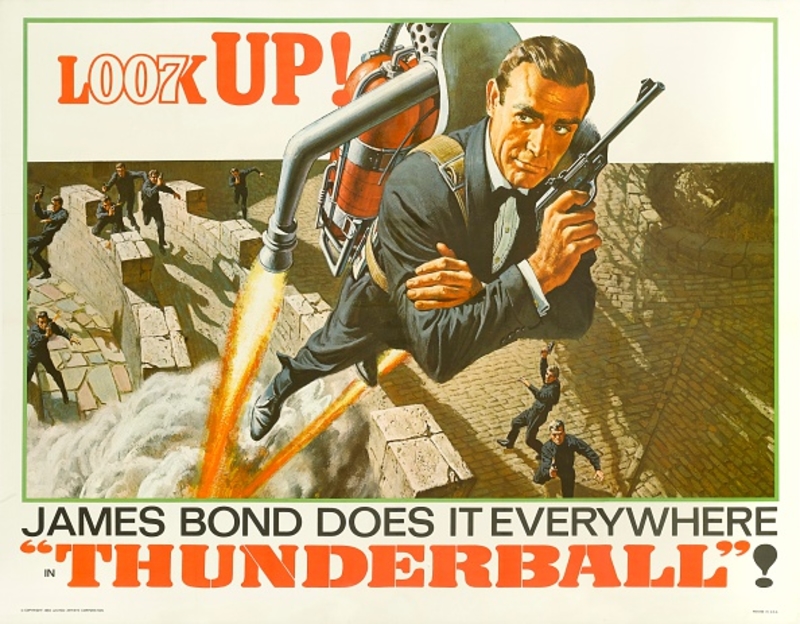 This film has everything you want in a Bond adventure: tropical Bahamas setting, underwater battles, brilliant 60s-style “futuristic” gadgets, Sean Connery in a bathing suit, Bond girls in bathing suits, and of course, those epic one-liners Sean Connery was so famous for.

Like Pierce Brosnan, Timothy Dalton is another member of the Bond legacy who often gets overlooked in discussions on who was the best 007. However, the man trained at the Royal Academy of Dramatic Arts (RADA), arguably the best acting academy in the world, where the likes of Sir Anthony Hopkins, Sir Alan Rickman, Ralph Fiennes, and Tom Hiddleston attended. 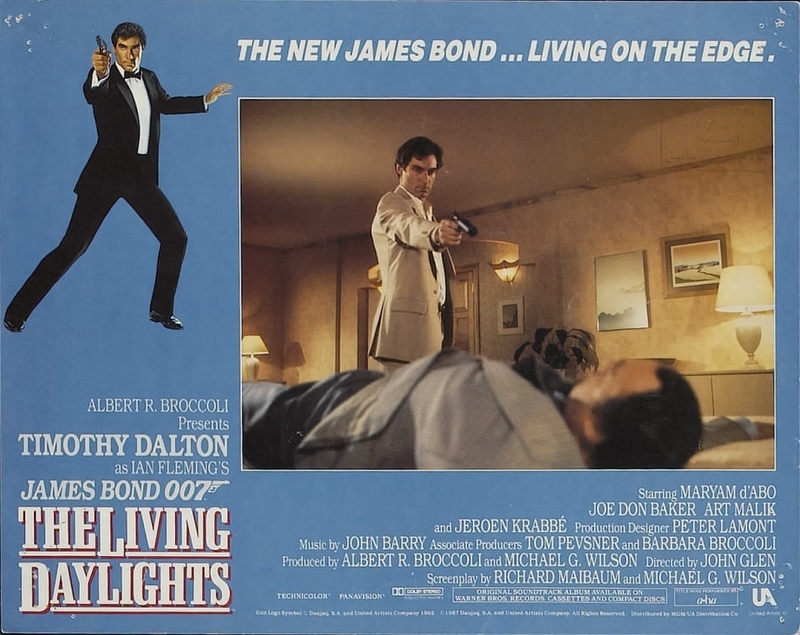 The Living Daylights was Dalton’s first donning of the Bond character and he brought something entirely different to the role. Foreshadowing the coming of Daniel Craig, Dalton brought a seriousness to the role that neither Connery nor Moore ever did. While you can’t help loving the suaveness and camp humor of Connery and Moore, Dalton’s characterization actually fit Sir Ian Fleming’s original concept for Bond to a tee.

Pierce Brosnan took Bond around the block four times before relinquishing his grip on the role which was eventually passed on (amidst much controversy) to Daniel Craig. Brosnan’s first Bond outing was definitely his best. 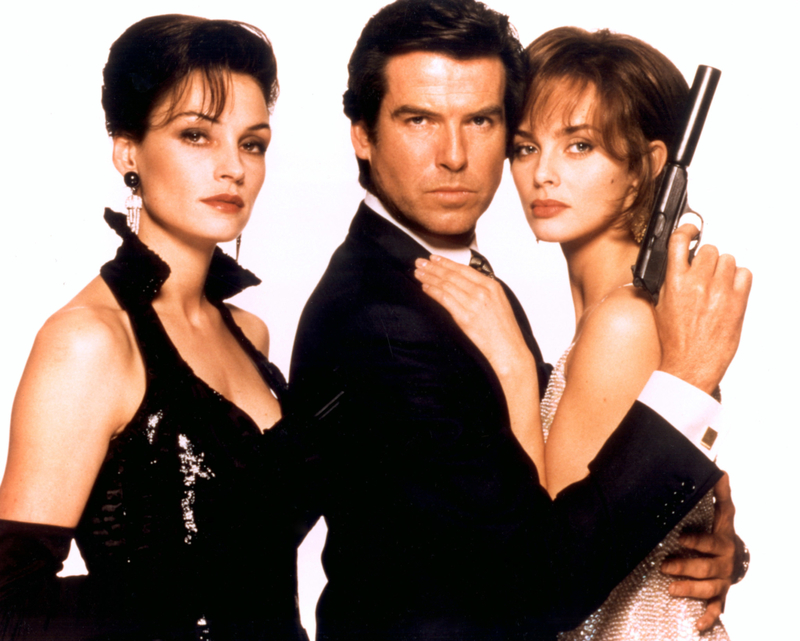 GoldenEye was the first real modernization of Bond. While Brosnan stepped away from Dalton’s serious characterization of 007, returning, for the most part, to the cheeky, charismatic, womanizing persona, the plot takes us into a more modern world of villains and gadgets.

This list just could not be complete without an appearance from the first ever James Bond film: Dr. No. Way back in 1962, this film introduced an unsuspecting world to a phenomenon that was destined to take it by storm. Sean Connery wowed audiences as the charming secret service agent who, armed to the hilt with a bevy of brilliant spy gadgets, journeyed to Jamaica to thwart the plans of the evil organization, SPECTRE. 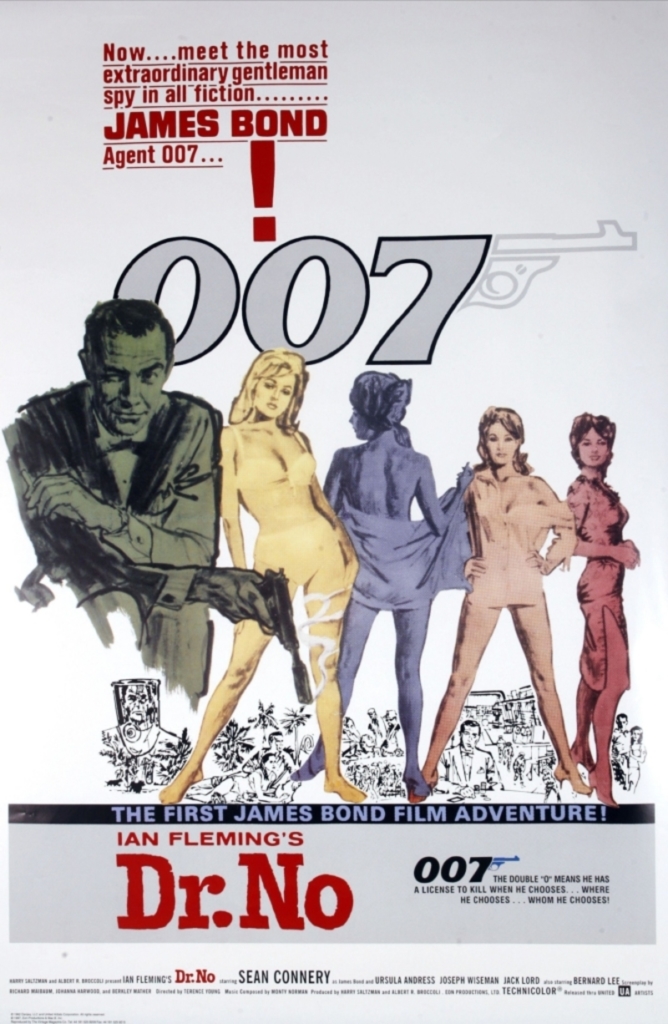 You really can’t call yourself a true Bond fan until you’ve seen where it all began. It was Dr. No that introduced us to the now iconic Bond girl, with Ursula Andress emerging bikini-clad from the ocean as the unforgettable Honey Ryder. This is one of the most referenced scenes, both within and outside of the franchise.

Roger Moore’s first ever Bond film makes the list for taking an interesting turn away from the explosive global destruction many of the franchise’s films delve into. Live And Let Die focuses instead on the more slow-moving destruction of the heroin trade. 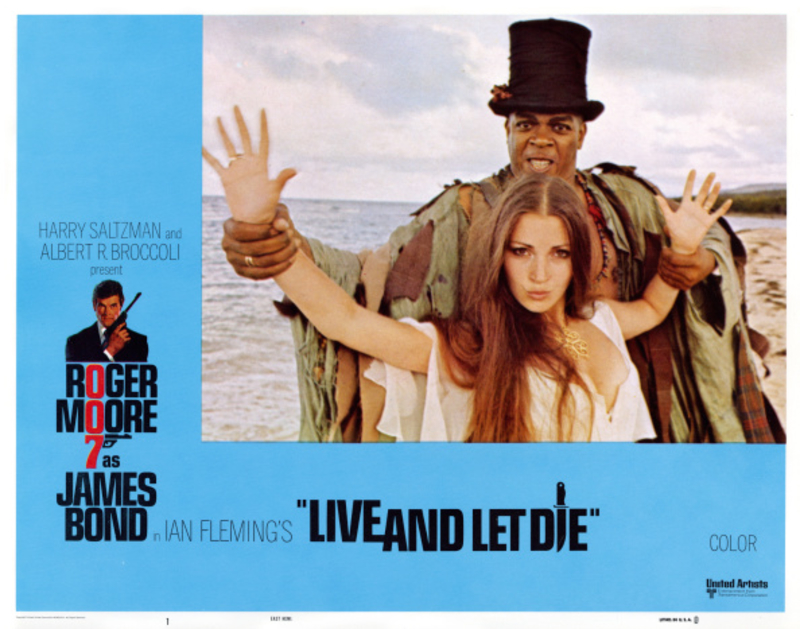 While it may be focussed on hard drugs, Live and Let Die is still a Bond film. Rather than taking a gritty, realistic approach, the film takes us through Harlem to New Orleans, and then out to the Caribbean where, in true Roger Moore style, the plot gets abruptly weird, this time with voodoo. Of all the brilliant Bond theme songs over the years, this one was arguably the best. Penned by Paul McCartney and performed by Sir Paul and his band, Wings, the title track won an Academy Award the year of its release.

If you were alive in the late 60s and early 70s, then for a while there You Only Live Twice was Sean Connery’s last outing as Bond. In a beautiful twist on the name, Connery ended up returning for his second and last life as the charming spy with the 1971 film, Diamonds Are Forever. 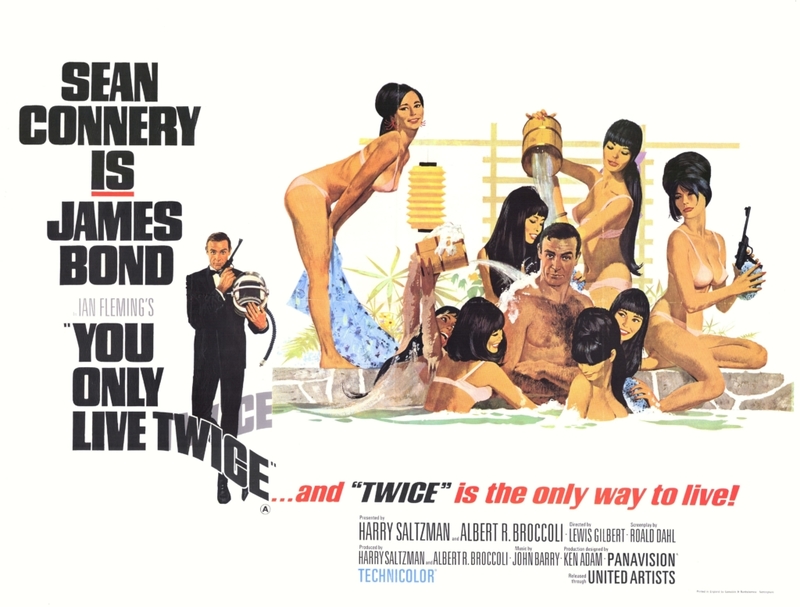 You Only Live Twice also features the wonderful Donald Pleasence as the thoroughly evil Ernst Stavro Blofeld. Head of the British Secret Service’s nemesis organization, SPECTRE, Blofeld is truly a sight to behold. When you see this epic villain, you’ll realize instantly where Mike Myers’ inspiration for Dr. Evil came from!

While his most recent Bond offerings aren’t up for grabs on Netflix yet, you can catch Daniel Craig in his first Bond outing: Casino Royale. This 2006 film came after a four year Bond break, and the announcement of who would step into the shoes of the M16 agent was hotly debated. 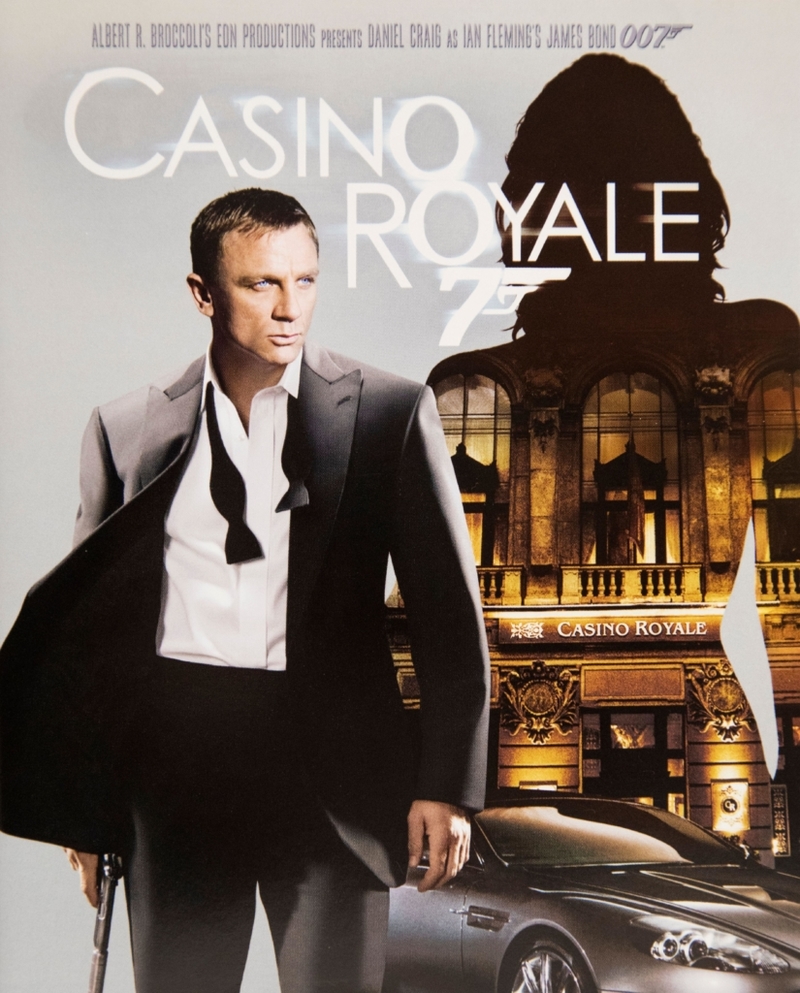 While many questioned Craig’s casting (some even picking on his hair color), Casino Royale was an absolute hit, reinventing the franchise almost entirely. What we got was a grittier, more hardened Bond, complete with epic action choreography. From the moment that unforgettable parkour chase scene kicks off, you know you’re in for something new and awesome.

Coming in at the top of our best of Bond list is a throwback to the 60s and the third film in the 007 franchise. Goldfinger was responsible for some of the most iconic moments in James Bond history and, indeed, in film history as a whole. 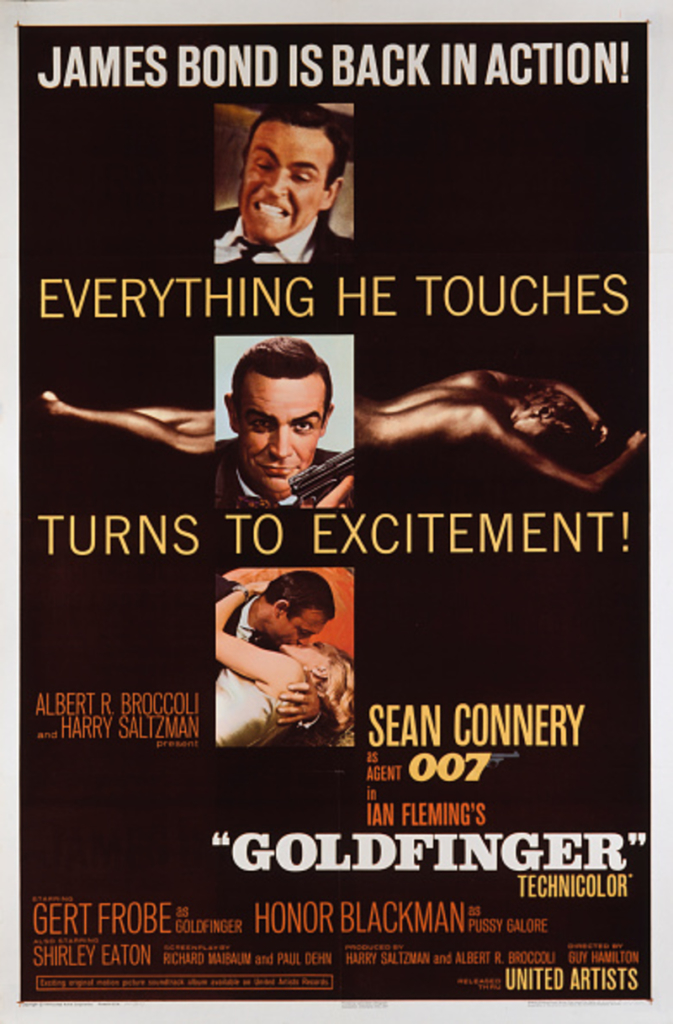 Who could forget the fully gold-painted body of the films Bond girl, Jill Masterson? Or that brilliantly named femme fatale, Pussy Galore? Then, of course, there’s the hat-throwing villainous character, Oddjob, who was also an inspiration for Mike Myers and Austin Powers. This was also the first Bond film to feature the iconic opening sequence with sexy silhouettes and an original song made just for Bond. Goldfinger was also the first Bond film to take home an Oscar.

With a name like Octopussy, how could you expect anything other than strangeness? Roger Moore had a knack for taking Bond to some pretty bizarre places, but he really peaked with the 1983 film, Octopussy. 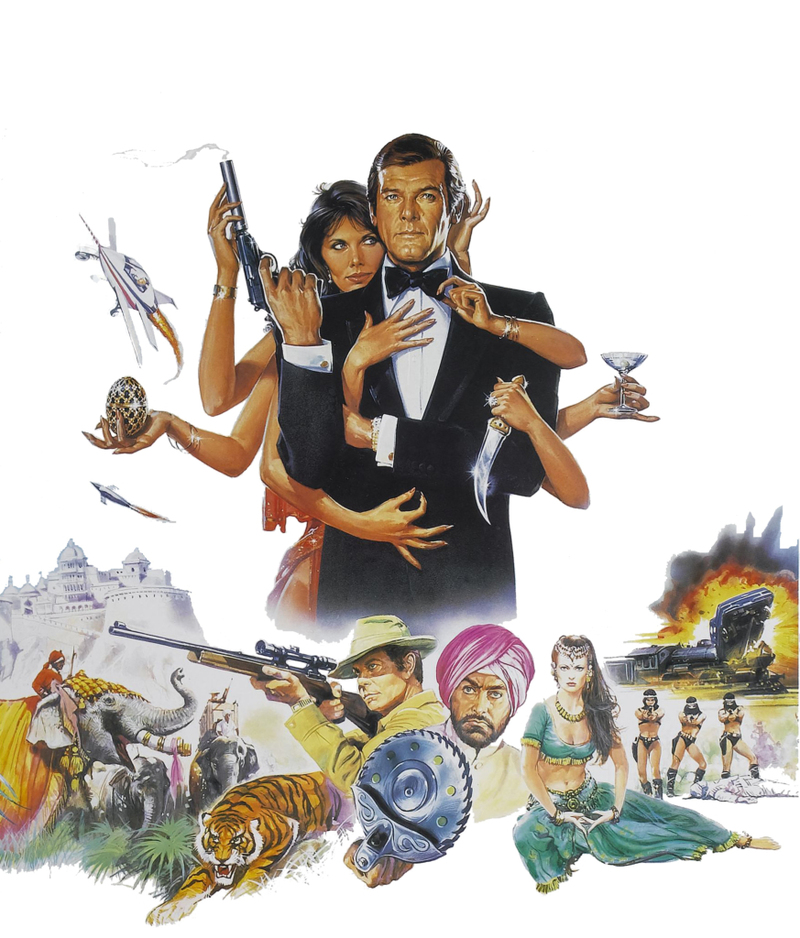 Among other odd plot points in the film, Bond has to defuse a bomb while dressed as a clown. If you’re wondering why, well, watching the film oddly enough won’t help you understand. As New York Times reviewer, Vincent Canby, put it, “much of the story is incomprehensible.” If you’re not attached to understanding storylines, though, Octopussy will give you a taste of Bond campness at its finest.