Jan 4, 2022 | Michelle Muller
Share on Facebook
Filipino American diver and coach Vicki Draves was the first Asian American woman to win an Olympic medal. She seemed as if she had been born to be in the water but her story didn’t start that way as she suffered daily indignities in pursuit of her athletic achievements. She grew up in 1940s in San Francisco, where public pools had signs that said “whites only” — limiting her to only one day a month, when people of color were allowed to swim. The pools would then be drained and cleaned the next day. Vicki often hopped at the chance to visit the enormous Fleishhacker Pool to swim and watch the divers. It was there, in these segregated pools that Vicki would practive and eventually improve her form. She would grow as a competent swimmer, learning and getting faster, until one day she was fast enough to qualify for the U.S. women’s diving team and even participate at the 1948 Summer Olympics. 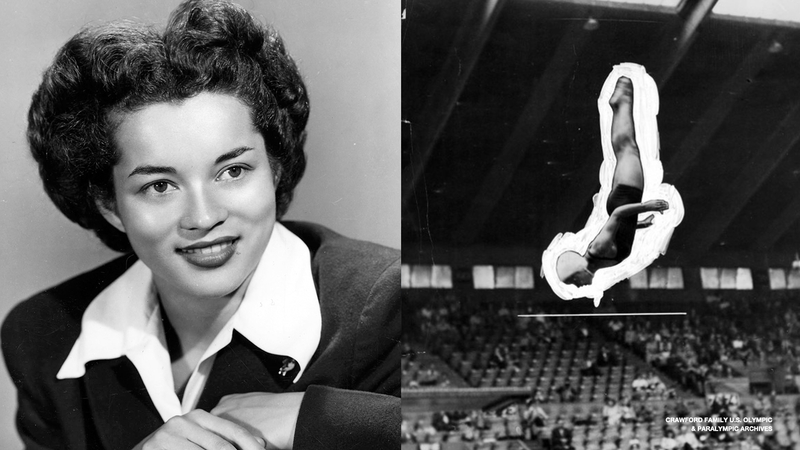 When she was a teenager, another member of a local swim team saw her and asked if she wanted to learn to dive, and eagerly she accepted, springboarding her into the Olympics as a champion. After thousands of practoce dives she went on to perfect her form and earn three consecutive U.S. National Diving Championship platform titles. She dominated the games one leap at a time and made history as the first woman to win first place in both the platform and springboard events. She was also the first Asian-American to win an Olympic medal. The US was delighted, and her victories were considered so impressive that Life Magazine named her, along with Decathlete Bob Mathias, as the US’s best two athletes of the Games.