An Introduction to French Cooking Techniques

Dec 29, 2021 | Janusa sangma
Share on Facebook
French cooking methods may seem like they belong to fine dining and Michelin star kitchens. However, it turns out that most accomplished cooks are probably using some of these methods in their kitchens already.

French cuisine is high on technique and perfecting elementary cooking steps. Mastering the basics ensures delicious meals of varying difficulty levels, as well as an organized kitchen. Here are a few methods that make all the difference! 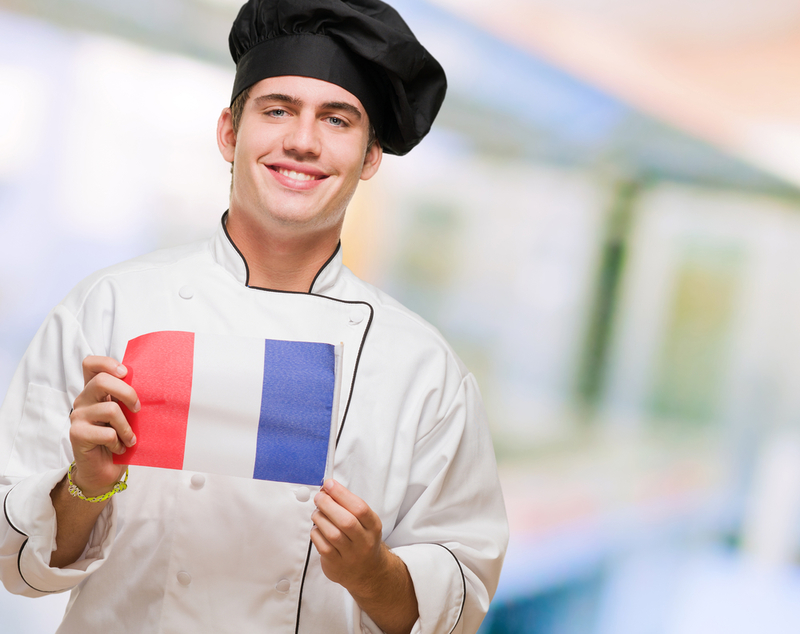 First things first, get organized. The concept of mise en place means just that – have everything in its place before cooking to prevent kitchen chaos. Mise en place involves every level of meal prep – ingredients portioned and chopped, seasoning ready, and all kitchen implements placed strategically for easy access.

The art of julienne – learning how to cut vegetables evenly into super-thin strips is a culinary milestone. The fine slice is central to most French dishes and is a fantastic skill for other cuisines too. 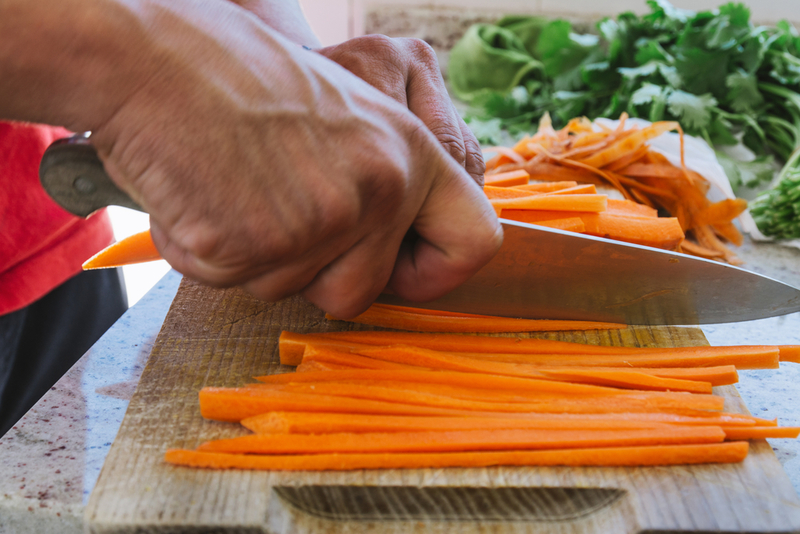 Bouquet Garni or a garnish bouquet is an herb bundle that enhances the flavor of dishes like stews, stocks, casseroles, and soups. The key is to add the herb blend to a simmering dish and remove it just before serving.

Flambéing uses alcohol to sauté fruits or butter for desserts. It involves bringing a pan to very high heat before alcohol is added, igniting the pan in a flash. The alcohol burns off very quickly and leaves behind a delicious residue with just its dominant flavor. 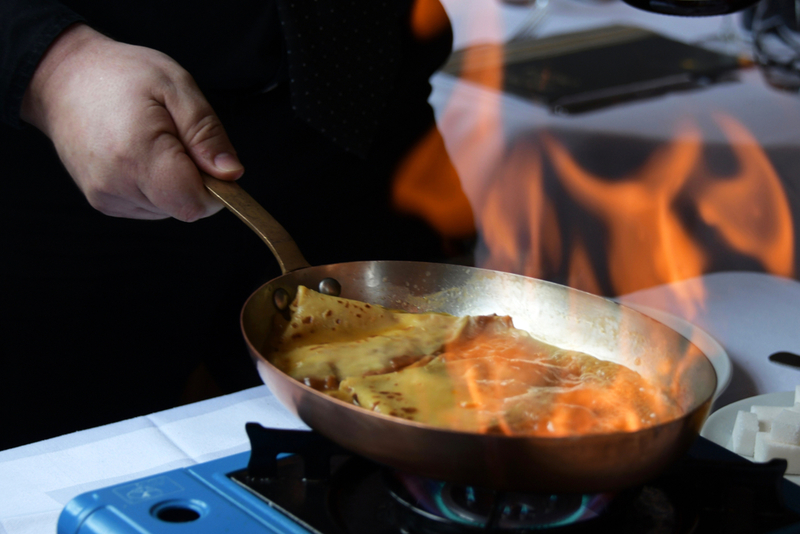 Poaching uses temperature-controlled liquid to cook food, sans any fat. The process involves dunking ingredients in water and allowing the moist heat to gently do the cooking. Poaching is especially ideal for delicate foods that could quickly become over or undercooked if you’re not careful. 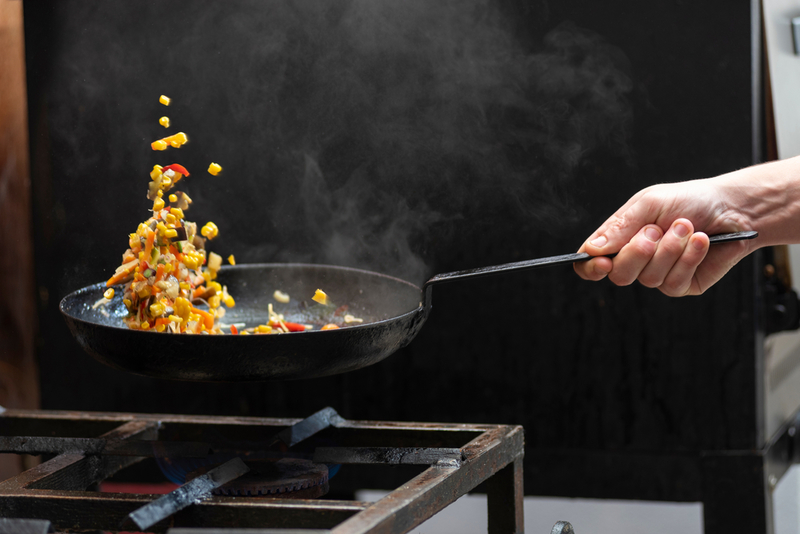 Learning how to braise is essential if you love your Coq au vin and want to replicate it. Braising means cooking food (usually meat) in a covered pot on low heat to unlock flavor. The first step is to quickly sear the meat until it is browned and releases fat. Continue cooking the meat in seasoned liquid/wine. Depending on the cut, this could take several hours.

En papillote is the French way of steaming food inside parchment paper or foil. It’s similar to how Asian countries cook food wrapped in banana leaves. Likewise, en papillote or ‘in paper’ allows lighter cuts of meat, fish, and vegetables to cook to the right texture. 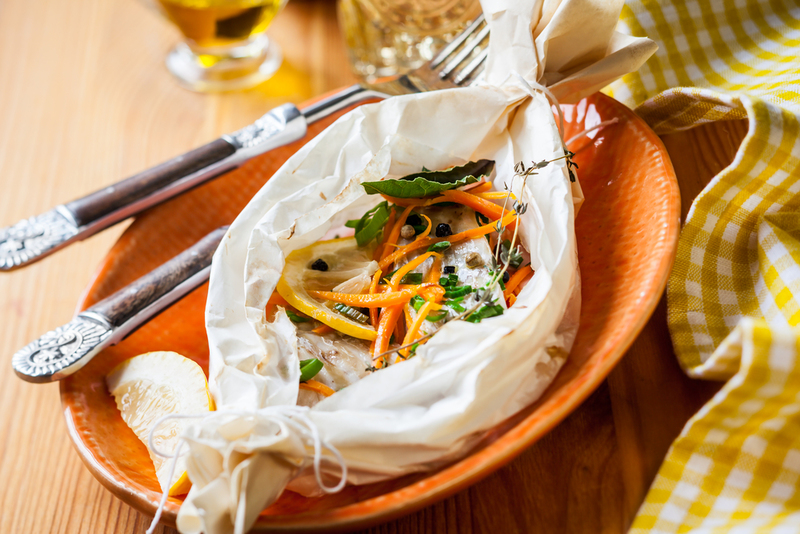 A timeless French cooking technique, confit means to preserve different kinds of meat by cooking them in their juices or fat. It essentially involves slow-cooking protein in fat at a low temperature. Vegetable confit is also quite common.