Even if you have no Italian background, you’ve surely seen rows of scrumptious panettone adorning bakeries around the Holidays. Panettone is a type of Italian sweetbread that originated in Milan, but the sponge cake-like dessert has become synonymous with Christmas and New Year in many places around the world. 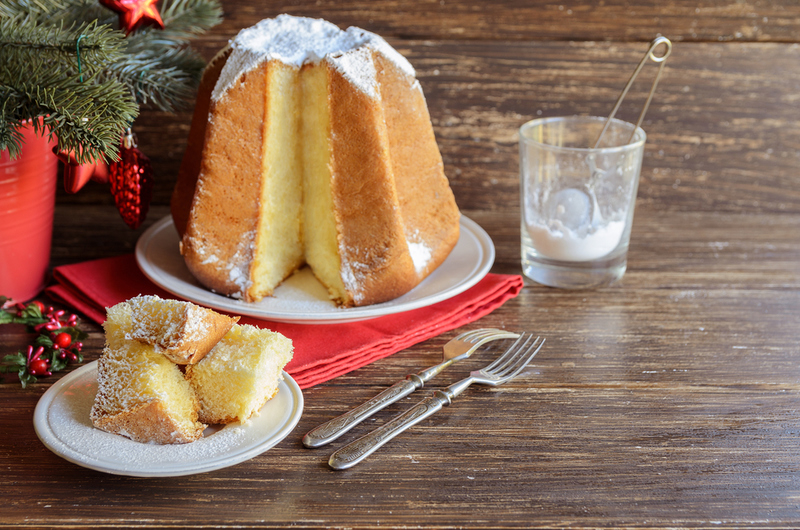 As it turns out, the city of Verona even came up with its own version, which they called pandoro (which means “golden bread”), and tucked in the alleys of Verona’s old city is a beautiful tribute to one of the city’s oldest and most famous bakeries. The Melegatti Bakery was founded by Domenico Melegatti in 1894, and was one of the first places to get a patent for the pandoro recipe.

The beautiful building that housed the bakery until the 1950s, has two pandoro-shaped sculptures made of stone that sit on opposite sides of the building’s top balcony. Located on the quaint street of Corso Porta Borsari, tourists can go visit the beautiful testament to this historic Italian dessert. Even if you’re not familiar with pandoro itself, you’ve surely seen the distinctive blue, gold-edged box with the words ‘Melegatti’ written across. 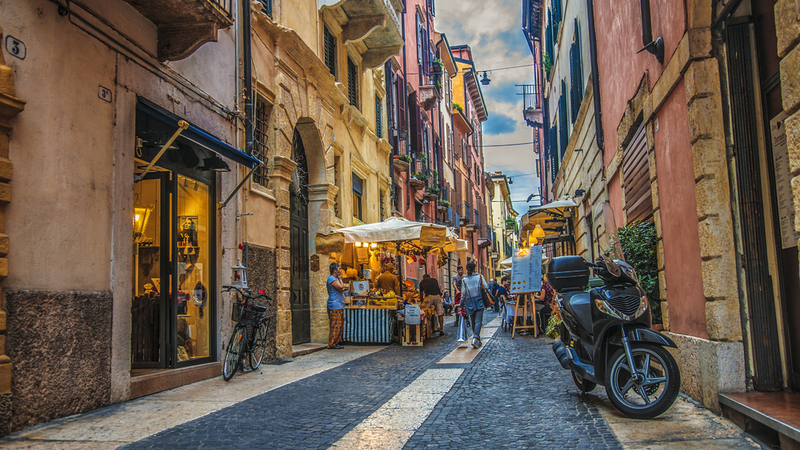 Likely inspired by the old Italian ‘nadalin’ cake, the pandoro is made with eggs, butter and sugar, which is what gives it its unique golden color when baked.

If you’re ever in Italy and have a little extra time, be sure to visit this delicious landmark in the enchanting city of Verona.