How Did the Little Free Library Movement Start?

The story of the free little library movement involves an inspirational school teacher, an old garage door and a man who found a way to turn his grief into something magical. Let us take you back to the beginning. 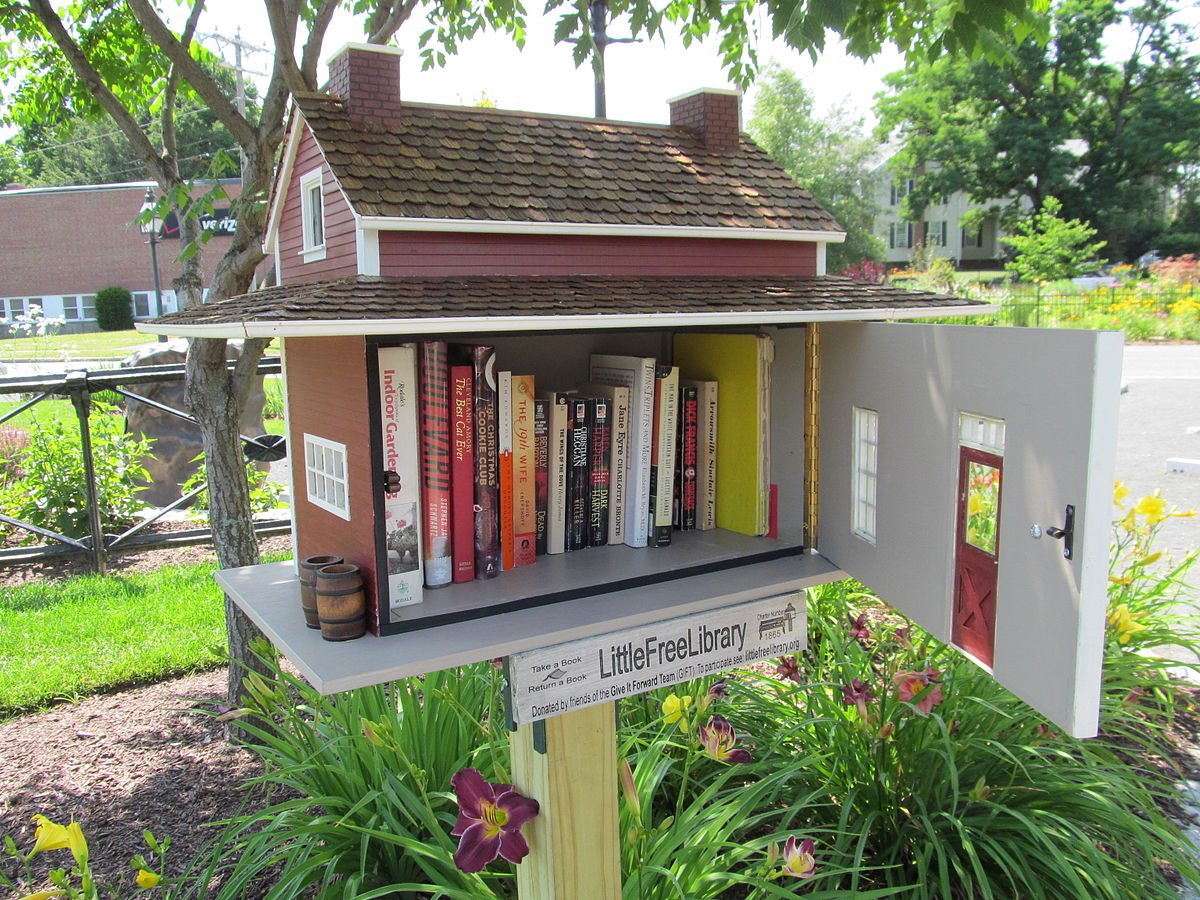 The year is 2009 and Todd Bol is standing in front of his garage, staring at the old wooden door. His heart is heavy, waterlogged with grief after the loss of his mother. A gifted school teacher and dedicated book-lover, it was his mom who had inspired Todd to follow in her footsteps and become a school teacher himself.  Something within that beaten up garage door is calling out to him. An idea begins to form, hazy at first, a vague desire to reinvent the past and give new life to something that can no longer go on in its present state. But as his body works on pulling the door apart and compiling the scrap wood, his mind concocts a more distinct plan.

The Invention of the Iconic Mini-schoolhouse Library

What Todd resurrected from his rough pile of materials that day was a miniature replica of an old schoolhouse, red roof and all. The tiny building had a clear set of doors on the front that could be opened to grant access to the treasures within. Todd placed his creation on a post which he secured in his front yard in Hudson, Wisconsin. As for the treasures? Some of his mother’s favorite books, of course. 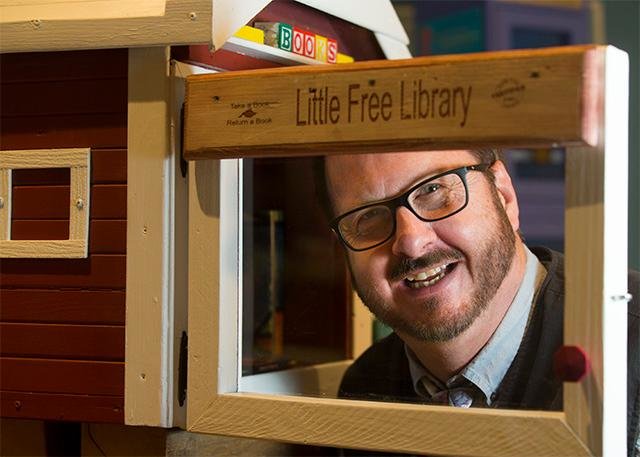 Little did Todd know his humble invention possessed the right kind of magic to start a worldwide phenomenon. Speaking to The Washington Post, Todd described the early days of that first mini-schoolhouse. “I put up my library and noticed my neighbors talking to it like it was a little puppy, And I realized there was some kind of magic about it.”  Realizing that this quaint little creation was really connecting with people, Todd was inspired to spread the idea.

Enlisting the help of a friend, Todd began building more boxes and giving them away so that they could be placed in more and more neighborhoods. By 2011, the movement had gained national media attention in the U.S. From there, demand for the neighborhood libraries skyrocketed and Todd formed an official non-profit organization – Little Free Library – to manage everything.

These humble little boxes had a remarkable impact on one of the leading causes of depression in the modern era: social isolation. The boxes foster a sense of ownership and connection within the neighborhood, creating a common space where people feel comfortable to come and go and commune with each other, sharing books and the occasional neighborly chat. 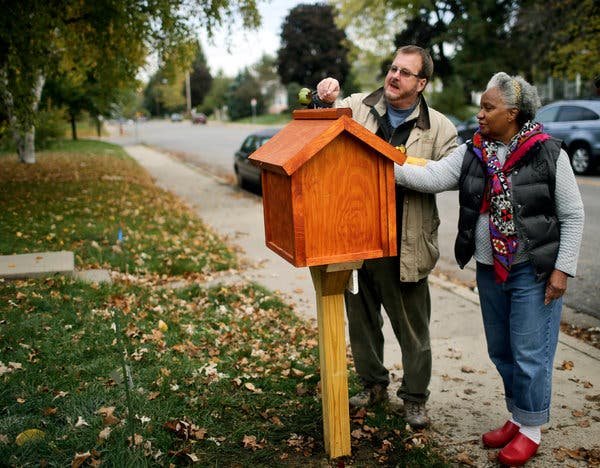 While the idea may be simple, its effects have been nothing short of phenomenal. Today, more than 75,000 Little Free Library boxes have been created and distributed on a worldwide scale. You can find them in Los Angeles police stations, Wisconsin prisons, New York City subway stations, Irish hospitals, Ugandan refugee camps, outside schools in Sudan and even in Siberia, providing reading materials for reindeer herders. Every state in America has a fleet of boxes and more than 88 countries have joyfully adopted the concept.

Ever the loving philanthropist, Todd didn’t stop there. He expanded his non-profit to include the Action Book Club. Partnered with the New York Times Learning Network (among others), this arm of Todd’s organization is aimed at encouraging people to read books on timely and relevant social topics, engage in discussions about them, and then take it a step further by transforming this new-found knowledge into projects aimed at serving the community. In a separate project, Todd also founded a company that funds the provision of nurses to the U.S. to help combat the nursing shortage. 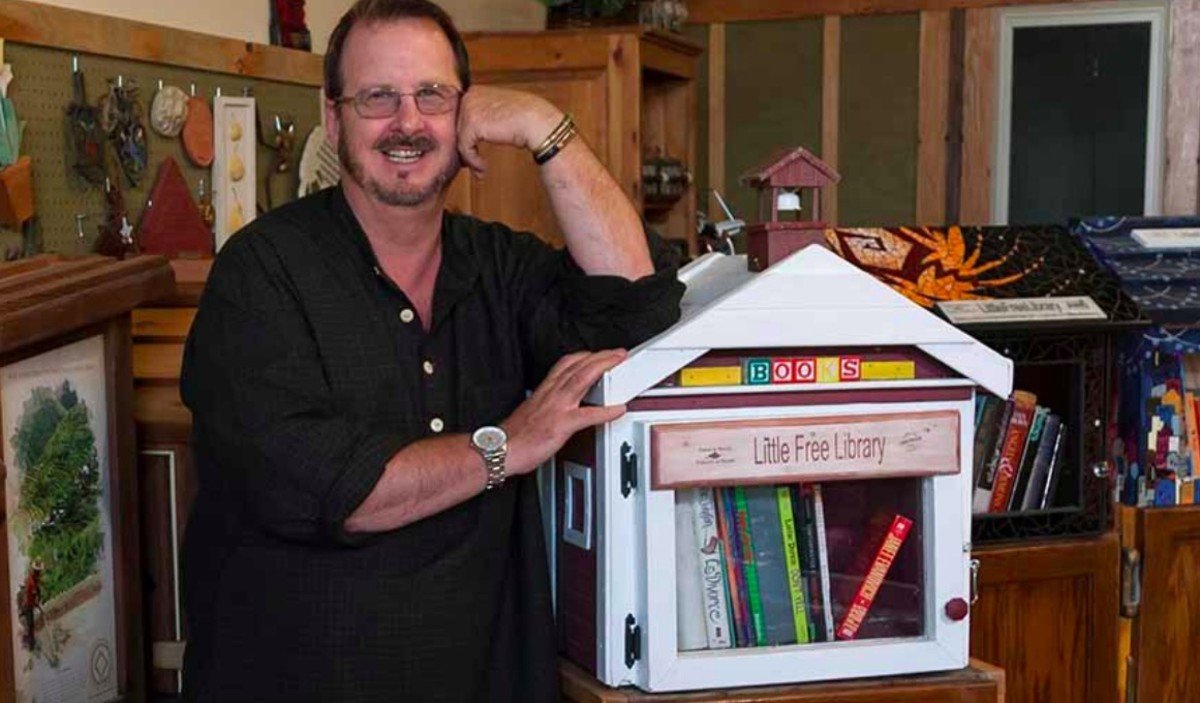 While this inspirational figure passed away in 2018 (at just 62 years of age) from pancreatic cancer, his legacy will live on so long as the Litte Free Library movement continues. So, next time you see one of these sweet little schoolhouses on a neighbor’s front lawn, spare a thought for the beautiful soul who invented it, and of course, be sure to check out the treasures that lie within.