Journey to the 7 Weirdest Towns on Earth

Having lived all your life in an urban setting, it makes you wonder if there is something more beyond the staid row of white plastered homes, corporate buildings, long lines of traffic, and the quotidian automated life. Here are 7 towns that should spark your interest.

Home of the Homeless

There’s still such a place where you may enjoy certain things for free, with absolutely no strings attached. And it isn’t too far away from California, just a few miles of travel, in Slab City. Many retirees travel to the place, 150 miles off San Diego (Northeast), where it is great for winter retreat. 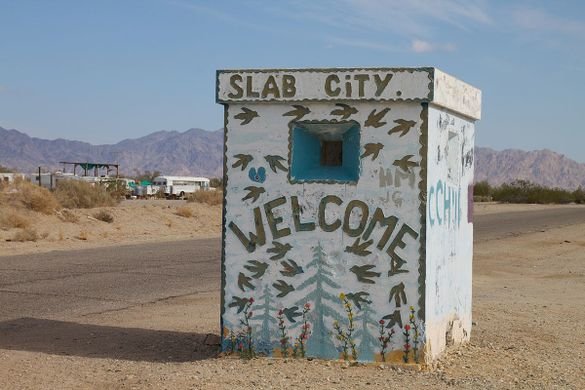 Some like to go live away from the diurnal cares of city life, where there are no landlords to give you the eye for a delay in rent, no banks to follow up on mortgages, no cops to police the streets, nor politicians to rule. Many of those who live here stay seasonally and travel elsewhere. Permanent residents are very few, and there are no zip codes to write them. Without the basic amenities we often take for granted, life here can be extraordinary.

You wouldn’t want to live here, but nevertheless, it’s quite intriguing. Imagine walking in a deserted town where only 7 people lived since 2013. It’s as eerie as a ghost town in a scary movie, except that its grounds are really unstable, with emissions of poisonous gas and other such hazards. Welcome to Centralia, a town of Pennsylvania that used to be a coal mining place with around 1,400 people. 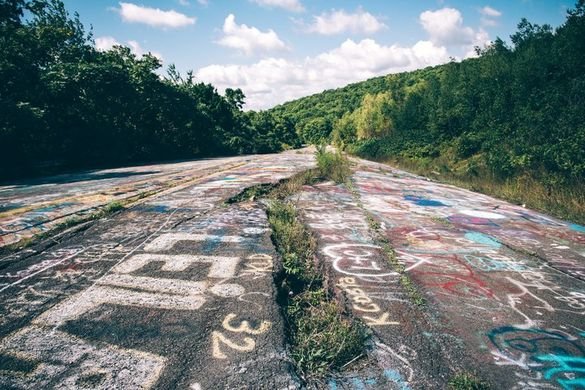 Everything changed here in 1962 when an underground fire was set, and it burns like hell up to this day. It’s long been abandoned for its danger. Those who continue to live here do so with a signed waiver, in effect, relinquishing all their properties to the government when they die.

This is a place a dreamer could appreciate. To live in China, in a place that replicates the entire Austrian town of Hallstatt. It’s like being in two countries at once. 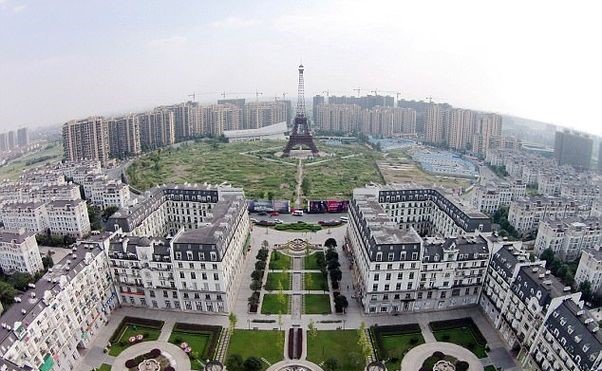 These projects are not uncommon in the country where you can also find an Eiffel tower replica in Tianducheng. But this housing project in the province of Guangdong copies the whole Austrian town in surprising detail. Ironically, to live in this housing tract is more expensive than the real deal.

Don’t be surprised to find the small town of Coober Pedy in South Australia devoid of people. That’s just on the surface. For many years, its inhabitants have adapted to living their daily lives underground, reminiscent of Hobbits. Otherwise, they practically enjoy the same things we like. 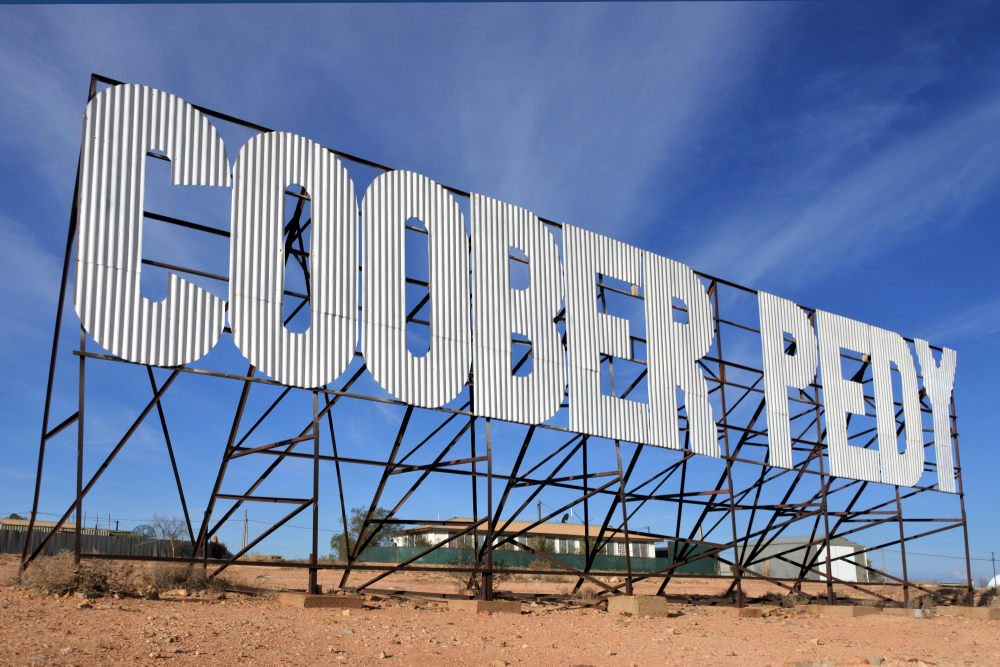 Their subterranean town is installed with bars, diners, churches, and hotels with a population of about 1,700 people. As a mining community, it produces majority of the world’s stock of opal. Working underground, they reckon it is best to live there, too, and stay away from the heat and such hazards. Their way of life is now as popular as the mineral they produce.

Like most islands elsewhere, Tangier, a namesake of the town in Virginia, in Chesapeake Bay, is scenic. But it’s not about what you’ll see here that shall amaze you, but rather what you’ll hear with your own ears. Nothing much has changed in the island since the colonial times. Cornish settlers had made a home out of the place during the 17th century and their locution had mixed with the locals’. The result is a cross between American and British accents, and you might have to listen intently to catch up with their highly unusual accent. 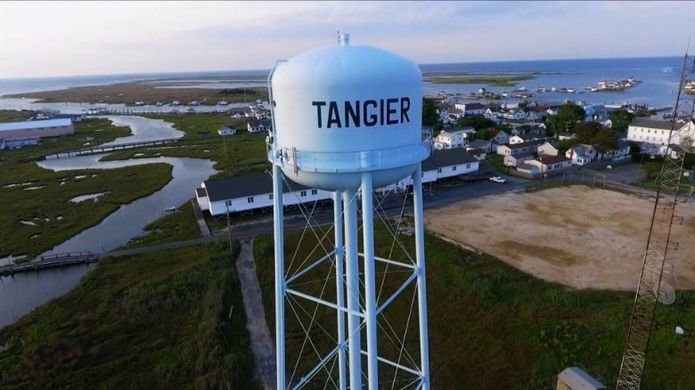 It would be interesting to visit Tangier, but we’re afraid it won’t be there for long. Due to climate change, more than half of the island had submerged since 1850, and the sea levels are constantly rising. It may be history for this enclave down the east coast in a few decades.

No one knows why the 15th century town of Chefchaouen in Morocco is dyed blue all over. It is home to 40,000 people but it’s remained a mystery. There are those who say that the tradition of painting it blue had started with the Jews. They resided in the old town in early years, and the color signifies holiness for its people. 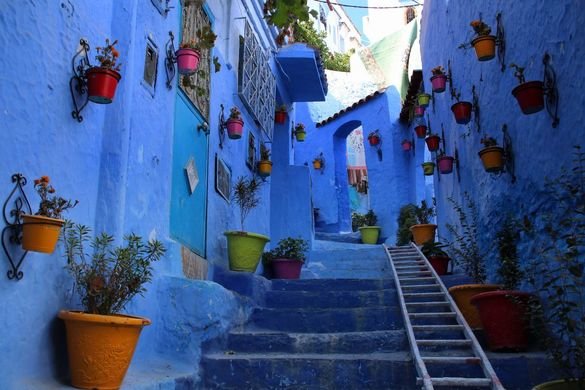 Whatever the reason behind its hued walls, it certainly has attracted many visitors all over the world who can only make a guess regarding its mysterious past. It’s a quaint little place with good food and lots to go around and see, where you shan’t be blue.

Tourists find the Setenil de las Bodegas attractive for its raw beauty; a town where it’s structures are embedded against the walls of the Andalusian mountains in Cadiz, Spain. It is a mixture of modern architecture and the natural mounds of nature, white walls against the brown earth. 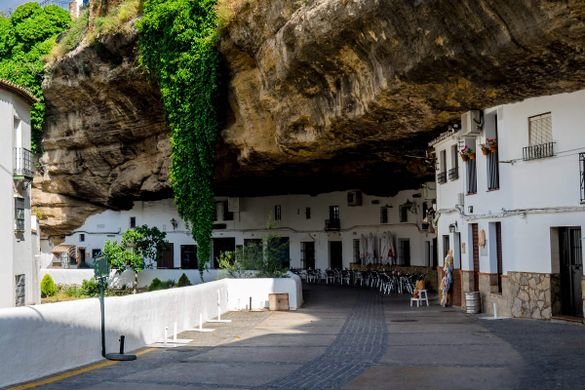 The town bustled since the Romans inhabited the site, but it was the Moors that had done most of the work in the 12th century, drawn to it for its mountains that proffer reliable protection. It’s oddly beautiful.

The Beautiful Building That Became Both a Church and a Mosque
A sacred and beautiful place called the Hagia Sophia, rising near Bosporus, is Istanbul's pride. The Hagia Sophia is a structure inspired by Christian and Islamic heritage,..

Festivals Around the World That Are Worth Checking Out
People can have the most random fields of interest. Hobbies so obscure it's hard to imagine there are others who share the same interest. But thanks to the internet, it's..