Formed in 1965, The Doors were a rock band from the United States, consisting of vocalist Jim Morrison, keyboardist Ray Manzarek, guitarist Robby Krieger, and John Densmore, on the drums. While they were well-renowned across the globe, their career only lasted for a mere 5 years.  Even within their short career span of 5 years, Morrison and the other members managed to release an astonishing 8 records. Though they were quite active during the ’60s and ’70s, there are a few things that people still don’t know about them.

Here are a few things about their last album, L.A. Woman, that people have yet to know to learn about.

Be it a solo act or a group performance, having a producer who cares as much about music as you do is crucial to your musical career. In November 1970, Paul Rothchild, the Doors’ producer, was given a first taste of the album by the band. Because the band only had a few mostly completed tracks, Rothchild was unimpressed. The producer cited the song “Riders of the Storm” as “cocktail music” and left the studio for good right after listening to “Lover Her Madly”.

Morrison’s Vocals Were Recorded From His Bathroom

As soon as Rothchild left, the band decided to go back to the place where their creative process originated. Densmore stated in a documentary, “It was the room we had rehearsed in forever.” “Our music was soaked into the walls. We were very comfortable. It was home,” he added. Their long-time rehearsal place was a small room decorated with beer bottles, a mess of cables and instruments, a jukebox, and a pinball machine. According to Bruce Botnick, their sound engineer and producer, it was super tight and they all packed in “like sardines.”Because the bathroom in their space was acoustically ideal, Morrison would often record the vocals in the space using his Electrovoice 676-G stage mic. He even removed the bathroom door to ensure smooth communication between his bandmates. Whatever works, right? 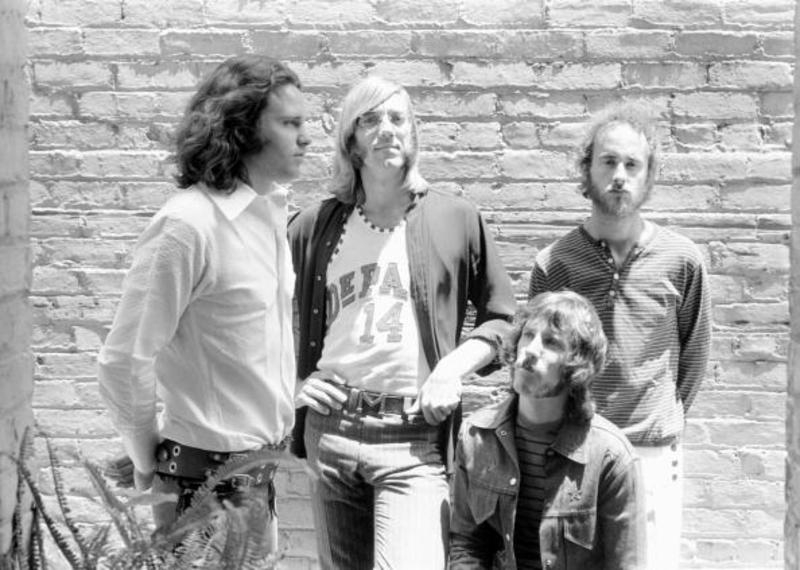 The Band Had Some Help From Elvis Presley’s Bassist

Musicians collaborating was a pretty common thing to do in both the past and present. Before L.A. Woman was conceived,  tracks from other artists were recorded separately and then stitched together for the album. For their last album, The Doors wanted something different. Bruce Botnick proposed getting Presley’s bassist, Jerry Scheff, to come in and perform in a studio recording. Since Morrison was a huge fan of Presley, he and Densmore were both very excited. During an interview with Classic Rock magazine, Densmore said, “Jerry was incredible; an in-the-pocket man.” Densmore was also thrilled when he saw how well they communicated with each other. According to all the band members, Scheff seemed to fit in perfectly.

“L’America” was recorded a full year before L.A. Woman was assembled. It was meant to be played in a psychedelic 1970’s drama “Zabriskie Point”, produced by Michelangelo Antonioni from Italy. While The Doors may have enjoyed playing it, Antonioni met the song with little enthusiasm. It turns out that it was more than he could handle when played up close. Manzarek spoke about it back in 2011. Apparently, he thought it was so loud that it threw him against the wall. When it was over, he thanked them and fled. For likely the same reason, Jerry Garcia, John Fahey, and Pink Floyd also had all their music rejected.

This track was inspired by a loud fight between Robbie Krieger and Lynne, with the latter eventually becoming his spouse. Apparently, every time the two would argue, they would leave the house and slam the doors so loudly that the house would shake. Krieger talked about this in the “Mr. Mojo Rising” documentary. The song title was actually referring to jazz legend Duke Ellington signing off, “We love you madly.” Since all of the members were familiar with jazz music, the reference was not difficult to spot.