Shining the Light on Marlborough Pie

There is some question as to whether Marlborough pie’s roots can be traced to Marlborough, England or Marlborough, Massachusetts (USA) — but you can be sure that once you see one, you’ll be hard-pressed not to grab a fork and take a bite. Although you will seldom see Marlborough pie being sold in stores nowadays, it was a common sight in New England dining tables during the early colonial days, especially among early English settlers. During those times, colonists had to find a way to use up the remaining apples before they turned bad, so they turned them into pies and puddings. Originally called Marlborough pudding, it is basically a single-crust pie with a custard filling. The earliest record of a recipe for this pie appeared in an English cookbook, The Accomplisht Cook, penned by Robert May, an English chef who was trained in France. 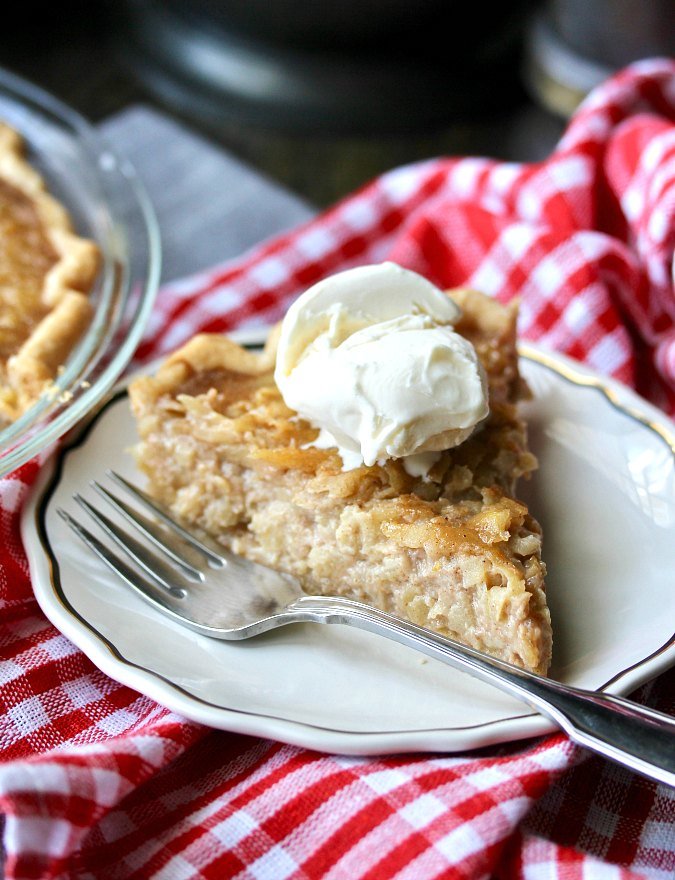 The recipe called for 24 egg yolks, beaten with sugar, butter, and cinnamon; apples and citron are added later. Next, the citrusy stuffing is baked in a puff pastry crust. Among the flavor enhancers commonly used were sherry and nutmeg; occasionally, cooks would macerate the apples in lemon juice. Marlborough pie first appeared in an American cookbook in 1776, American Cookery, which was written by Amelia Simmons. By the late 19th century, these pies became a common feature during Thanksgiving celebrations in New England. They also enjoyed a short resurgence in the 20th century — this time, pie makers loaded them with citron and raisins, making them look like fruitcakes. 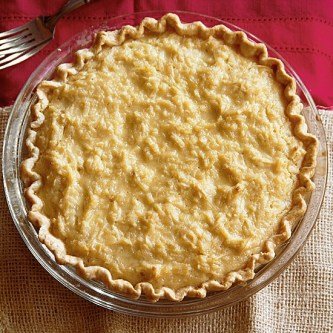 Aside from a few curious cooks who are interested in reproducing historic recipes and renowned English chef Rick Stein (who is serving his own version of the pie in his eponymous restaurant in Marlborough, UK), the pie has practically been forgotten. Cuisine historians aren’t exactly sure why the dish is so rarely seen these days. Of course, it is possible that many cooks have moved on to other pies because of the laborious baking process involved in making a Marlborough pie, or the tricky business of getting the custard just right.

Perhaps it’s because there are more effective ways of storing apples these days, thereby freeing cooks from having to worry about rotting apples. Or is it because apple pies heaped with sliced apples, with a buttery double crust and sweet-tart filling, already represents the very peak that all pies can ever reach — so that any other attempt to top that would just pale in comparison? No one really knows for sure. But whatever the reason, it’s high time that we pluck out Marlborough pie from the shadows of obscurity where it has languished for so long, and give it the attention it deserves.