Spicing Up Your Instant Noodles

Instant ramen noodles might be a favorite food among broke college students, but they’re not exactly the most nutritious meal either. But we still love instant noodles for a few reasons: They an indefinite shelf life; and serve as an easy snack, or — with the right boost— a full meal. They come in an array of shapes, flavors, and textures. While there is nothing wrong with eating instant noodles according to the instructions, it’s their versatility that’s turned us into loyal fans. If you have a soft spot for instant ramen noodles, you may want to reconsider how you’ve been eating them, and here are a few ways you can enjoy them while making them more nutritious!

Load up on protein

Yes, many instant noodles come in packets of dehydrated flavorings, but they rarely provide much real taste and add zero in texture. Supplementing our additional proteins will do a lot to make our instant noodles more nutritious and satisfying. There are the obvious items like ground meat, tofu, and leftover chicken. One of the quickest ways to spruce up your ramen is to crack an egg into the hot broth for a poached effect. Drop the egg in just after you take the pot off the heat, cover, and let it sit for about a minute. 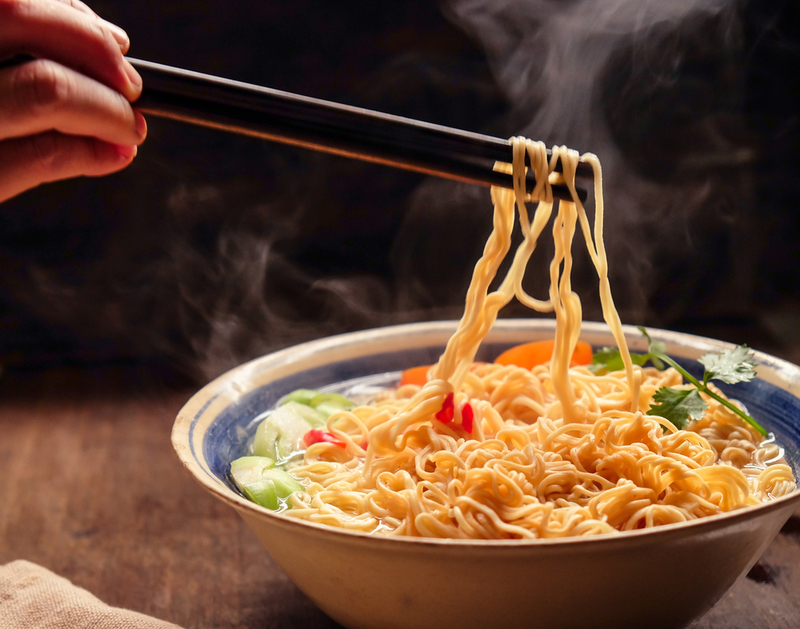 Going crazy with the add-ons at ramen restaurants can mean spending $30 on a bowl of noodles. But when we’re at home, we can have as many toppings as our fridge’s inventory allows. We’re thinking of peanuts, corn, mushrooms, spinach; you name it. It’s a fact that there is no such thing as a lousy topping for instant noodles – and then you can feel smug about all those healthy nutrients in your bowl. A handful of frozen veggies, like shelled edamame or peas, is another easy way to get some green in.

Every element of an instant noodle package is a multi-purpose cooking superstar. The flavor packets add a burst to stir-fried vegetables. Broken into pieces, dry noodles serve as an excellent crunchy topping to other dishes.

Switch up the liquid

To deepen the soup’s character, try cooking the noodles in a broth instead of plain water. There are also plenty of wilder recipes out there, like cheese, another way to add silkiness to ramen is with coconut milk. Go ahead and use the full-fat kind for maximum effect, by stirring it into the finished broth until the ultimate level of creaminess is achieved.

Mixing different instant noodle flavors and seasoning packets is a culinary art form in itself and can have a big payoff. Combine super spicy noodles with something cheesy for a delicious and surprising treat.

Cake Hacks Children Absolutely Love
Don’t waste any of your precious time and money on fancy, expensive cakes by becoming imaginative with a modest store-purchase cake for your child’s next party. It..