Every March, U.S. clocks spring forward an hour as daylight savings time stretches out the evening hours into an extended afternoon that, while loved by many, robs others of precious morning time they’d rather hold onto. Not a year goes by when people don’t question the contentious tradition, some with anger, others with simple curiosity. Whichever camp you fall into, if you’re keen to discover the strange history of daylight savings, you’re in the right place.

The controversial time-shifting tradition was brought into reality by none other than Benjamin Franklin, back in 1784. However, he never intended for it to be taken seriously. The man brought the concept up as a joke. 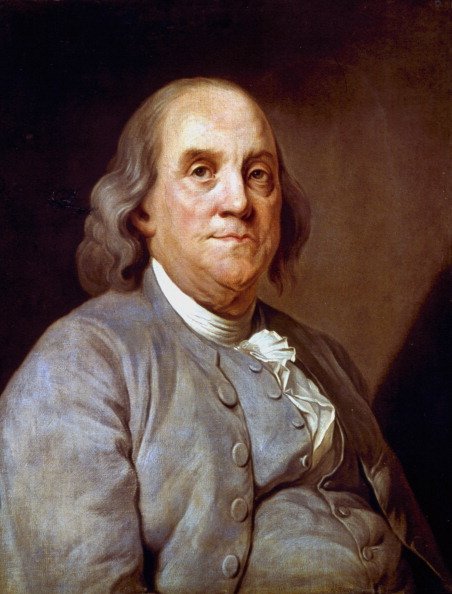 When working as the French ambassador, Franklin submitted a letter to The Journal of Paris, complaining, tongue in cheek, about the sun being already well and up by 6 a.m. In mock seriousness, Franklin exclaimed “I saw it with my own eyes. And, having repeated this observation the three following mornings, I found always precisely the same result.” He went on to expound on the money-saving virtues of manipulating time so that people could rise with the sun and sink into bed with it too, thus aligning their working lives with its movements. What started as a bit of lighthearted fun soon manifested itself into a legitimate idea. The hard part is knowing whether Franklin himself was ever genuinely behind it. Sarcasm is notoriously hard to detect in written form. Though when Franklin suggested rationing candles, taxing window shutters, and firing of cannons in the streets to get people up in the morning, with all of these daylight savings rules to be enforced by armed police, it’s honestly hard to take him seriously.

While it’s clear that Franklin was having a laugh with his letter, it is quite likely, according to Professor Michael Downing of Tufts University, that this joke turned into quite a serious idea. As Professor Downing explained, Franklin was a shrewd thinker, particularly when it came to productivity. “He constantly wrote about conservation issues, things like the amount of tallow used for candles. He couldn’t stop noticing things that could be done more efficiently if they were done his way. So I think in the end it wasn’t entirely a joke.”

With its origins lying in a joke, it’s no wonder daylight savings time evolved into the strange beast that it did, unbound by rules and playing with reality seemingly on a whim. You see, there’s no set requirement for US states to observe daylight saving time. In fact, Hawaii and Arizona simply ignore what the rest of the country is doing and pretend the concept doesn’t exist. 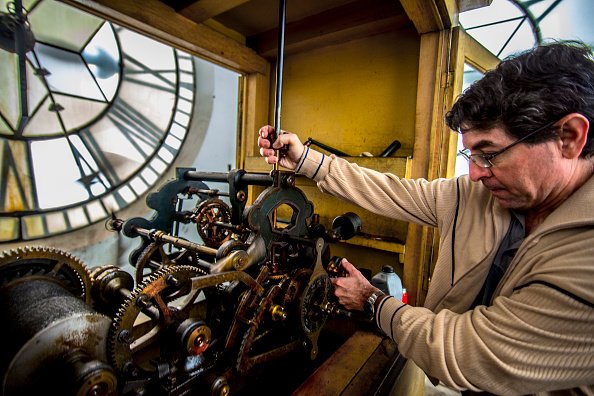 While those states that do observe the time-changing ritual now all practice it at standardized times, this wasn’t always the case. Until The Uniform Time Act (1966) was introduced, different states and even different localities within those states were able to set their own rules, resulting in a genuinely surreal atmosphere in which time was no longer reliable. Indeed, the observation of daylight savings time could, in some places, be a personal choice, meaning the time could be one thing for you and a different thing for your neighbor. Professor Downing described the insanity of 1960s Minnesota. Wandering into a particular 18-story office building, visitors found themselves in a bizarre world “that housed nine floors of city employees who did observe daylight saving time and nine floors of country employees who did not.” Road trips were even more chaotic at this time due to the fact that you could be passing through multiple districts, each with its own take on daylight savings time. In his book, Seize the Daylight: The Curious and Contentious Story of Daylight Saving Time, David Prerau described a particularly ridiculous bus route from Moundsville, West Virginia through to Steubenville, Ohio; a route that took passengers through such a multitude of daylight savings time differences that “passengers had to change their watches seven different times along that 35-mile route.”

It’s strange that a concept that started as a joke continued to draw humor all throughout its life, even in the darkest of places. One such example comes from a convicted murderer, Sam Cardinella. The man was given a death sentence for his crime in 1921, but he had a cunning idea in his mind, inspired by daylight savings time. 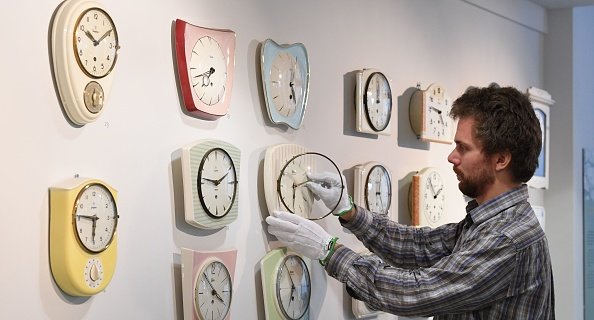 Cardinella questioned his appointed time of execution. When told it would be Friday the 15th of April, he demanded to know whether that would be “central, standard, or Chicago time?” When the reply came that it would be Chicago time that he would be hanged, Same pointed out with a sly smile that he was sentenced before daylight savings time kicked in. “This rearrangement,” he insisted, “deprives me of an hour of life. That won’t mean anything after I’m dead, but it will mean a lot Friday morning.” While it may seem meaningless now, long after his death, Cardinella’s daylight savings time ruse won him an extra hour of life. The death-shy convict, who refused to walk to his execution and so had to be hanged in a chair, even drew himself the honor of being immortalized in print the great Ernest Hemingway who told his tale in the short story collection In Our Time.

Cardinella wasn’t the only one to twist daylight savings time to his own strange agenda. One young American was able to win far more than just an hour of his life using a similar time-bending trick. Back when the draft was on for the Vietnam war, birth dates were randomly drawn and, if you were a fit and able young men born on one of the selected dates, well, it was time to go to war, whether you liked it or not. Our crafty young American’s birthdate came up. However, he was born just a few minutes after midnight on the selected date. 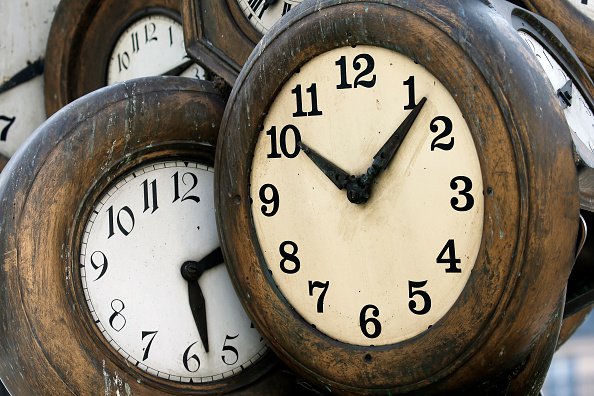 The clever young man hit on a brilliant plan and went to court, explaining that, since his state operated under daylight savings time, hs birthdate should have been recorded in standard time which would have put his birth time back an hour. This crucial hour completely changed his birthdate and, since the court agreed with his argument, it helped him avoid the draft.

As Bizarre Now as it Ever Was

While things got a whole lot more uniform in the US after The Uniform Time Act (1966) was introduced, on a global scale, the situation is still deeply strange. Most African and Asian nations avoid daylight savings time altogether. Australia has mixed feelings about it, with some states observing it and others staunchly opposing it. Meanwhile, most regions of Europe and North America have learned to roll with it quite efficiently. Russia though… Russia has had a tough time getting the whole country on the same page. As Professor Downing explained, the Soviet Union was first “encouraged” to take up daylight savings time by Stalin in the spring of 1930. The only problem was, Stalin forgot to tell them to wind their clocks back in the fall. So, in Professor Downing’s words, “the clocks in every Russian time zone were off by an hour for 61 years.” 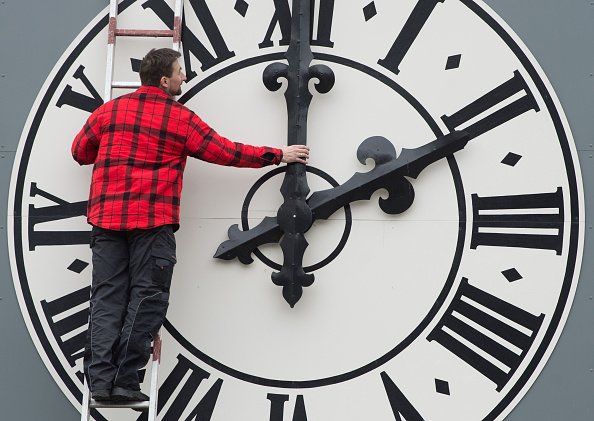 The mistake was finally addressed in March of 1991 when Russian officials instructed the populace to not change their clocks that spring but just “go to bed as usual.” However, people had by then developed a deeply entrenched habit. The result being that some regions followed the directive but others went ahead and changed their clocks. According to Professor Downing. Latvia, Estonia, Moldova, and Lithuania all wound their clocks ahead an hour. Meanwhile, some people in Tajikistan, Kazakhstan, and a few other isolated regions somehow misunderstood the directive completely and wound their clocks back an hour, creating yet another rift in time. With time at peril of tearing into more and more divergent fragments, the Russians experimented with a few potential fixes. Permanent summer time was given a shot before, in 2014, they threw their collective hands up in the air and renounced daylight savings time altogether, opting instead for the simplicity of permanent standard time; a move we’re sure many longsuffering daylight savings time haters would love to see emulated in their region!