The Career of Chadwick Boseman, a Hollywood King

Months after Chadwick Boseman’s passing on the 28th of August 2020 from stage four colon cancer, we continue to mourn the tragic loss of a masterful young actor. We’ve only recently learned that Boseman has been in the public eye without ever publicly speaking about his illness for four years. The undaunted manner in which he lived reflected the characters he played: heroic men battling insurmountable forces. He was already an icon and a cultural significance, but it’s a revelation that makes his death especially devastating, but his roles in films have now taken on a new dimension.

Without any notable credits to his name, and at 36 years old, he caught a starring role in Gary Fleder’s biopic ‘The Express’. The actor had a talent for portraying resiliency was propelled into the mainstream. Boseman had his big break five years later, for the role of Jackie Robinson in the biopic ’42.’ Like the courageous men he portrayed, Boseman’s ability to handle the pressures associated with playing defiant Black figures allowed him never to be overwhelmed. After his modest role in the football drama ‘Draft Day,’ Boseman accepted another influential part, playing James Brown in Tate Taylor’s ‘Get On Up.’ The electric Brown had a different energy than the stately Jackie Robinson. Yet Boseman, a chameleon, readily adopted Brown’s gravelly voice, soulful strength and dynamic footwork, and showmanship. Eventually, he was catapulted into the Marvel Cinematic Universe as T’Challa, first in ‘Captain America: Civil War’ and later in the Ryan Coogler–directed ‘Black Panther.’ 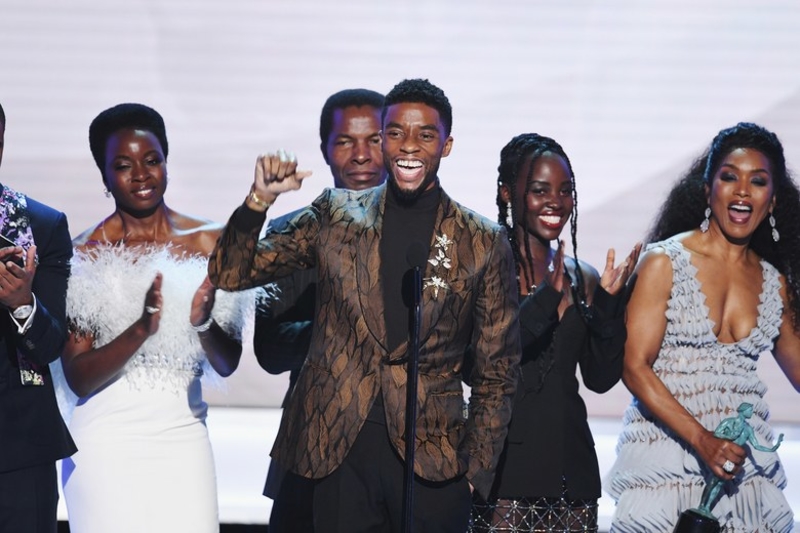 Boseman’s sound shouting “Wakanda Forever” soon became a revolutionary cry and a sign of affirmation. The word “forever” served as a correction to history — spinning the thread of an innovative, advanced African kingdom untouched by the devastation of colonialism and slavery. Few actors exuded the perceived elegance more than Boseman. As a character, T’Challa required him to emit an even regality. Still, Boseman struck a balance between a statesman’s serenity and the passion of an action superstar, with the sound of Boseman shouting “Wakanda Forever” became a cry that sent shivers. In between ‘Captain America: Civil War’ and ‘Black Panther,’ Boseman helped usher new Black stories into the cinema. Boseman returned with a commanding performance as the famed civil rights attorney Thurgood Marshall, playing the smartest man in the room, unafraid to raise his voice. After turns in ‘Avengers: Infinity War’ and ‘Endgame,’ the trait served him well playing a detective investigating corrupt cops in the crime drama ’21 Bridges.’ We’ll have to wait to witness Boseman’s lifetime’s final film — ‘Ma Rainey’s Black Bottom’, in which he stars opposite Viola Davis, is slated for a later release date — but for now, we’re left with his performance in Spike Lee’s ‘Da 5 Bloods.’