The Ghost Town of Sewell, Chile

The remoteness of the place, up on the slopes of the Andes mountains, wasn’t unusual enough for the Braden Copper Company to set up their business on after seeing its potential to earn so much. The Sewell Mining Town rests above 7,220 feet and it is so steep that trucks nor automobiles are able to wheel through it. 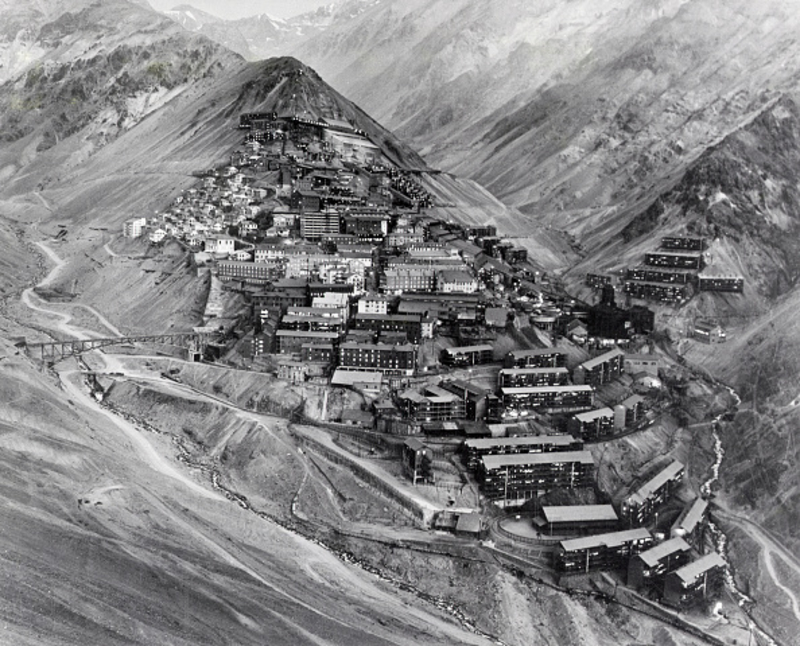 Because it was so difficult to head up to the place, not to mention maneuvering around it, Sewell’s town engineers designed it around a central staircase (Escalera Central), which projected up direct from the railway station at the base and through the hillside. From this point, stairways and small paths were spread out for only pedestrians to pass. The creativity of this design prompted it to be nicknamed Ciudad de las Escaleras, “The City of Stairs.” The mining company built residences around for its workers; essentially building a small town. Below it would become the world’s largest underground copper mining site, the El Teniente, which means “The Lieutenant.” To avoid the humdrums of the ranges, the buildings were painted with luscious colors. There were plazas to stroll, playgrounds for the kids, a social club, general merchandise, and a theater. Business there thrived for 60 years and it expanded to accommodating more than 15,000 inhabitants in 1968. 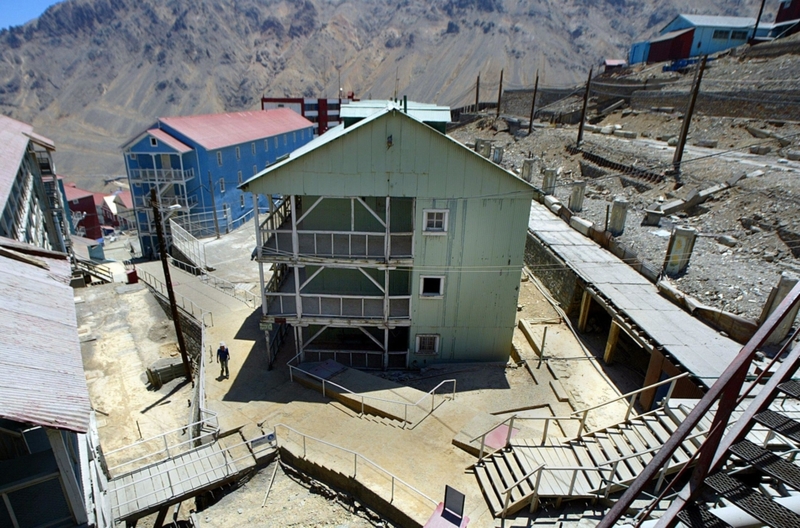 In the history of Sewell’s mining town there had been two major tragedies on record. First was the avalanche that killed 102 people on August 8, 1944. The following year there a fire inside the El Teniente mine broke out while miners were on duty. It was called the El Humo incident, which suffocated 355 trapped men, unable to escape the depths of the mining site enveloped with Carbon Monoxide. It was the most horrific mining accident ever recorded in Chile’s history. 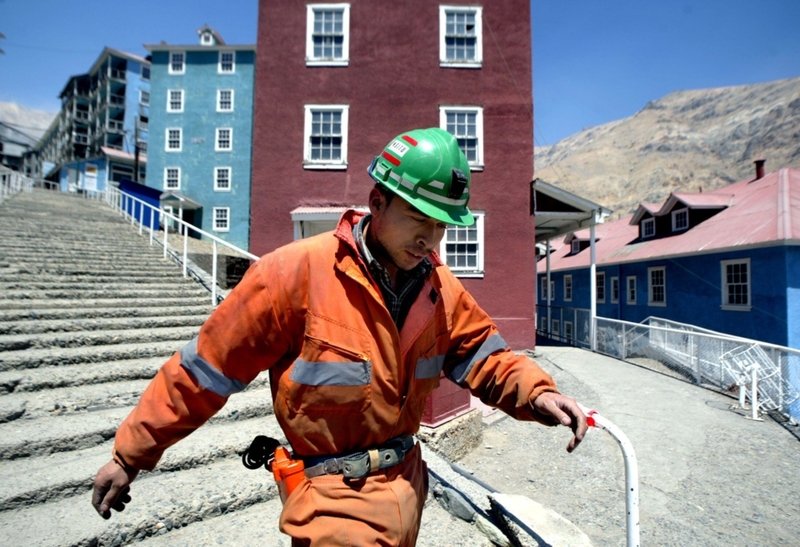 But for as long as business went on well, no tragedy would stop its inhabitants from coming back for work. What later on killed the Sewell mining site was the Allende government’s nationalization. State ownership of over six years proved more lethal to the site than all its fiery tragedies, and people were gradually sent out of Sewell. The government began its demolition but ceased its plans in the 1980s. Sewell was declared a National Monument (1998), and it was designated a World Heritage Site by UNESCO in 2006. Now, the livid colored structures of Sewell are almost good as new. A museum has been built for educational purposes and posterity.

Book your tours to Sewell either in Santiago, which is around 45 miles to the north of Sewell or in Rancagua, 20 miles westward.