The Marvelous History of Lemonade

Nothing beats a refreshing glass of lemonade on a hot day. Before you make a cold pitcher of this classic thirst quencher, let’s take a brief historical trip on the origin of this all-American drink.

Did you know that for more than 1,000 years the recipe has always been simple? A mixture of lemon juice, water and sugar and ta-da your invigorating lemonade is ready! Water, sugar and lemon juice: The recipe hasn’t changed much in more than 1,000 years. No matter the color and sweetness level that you desire, one thing is for sure- when life gives you lemons, make a lemonade. 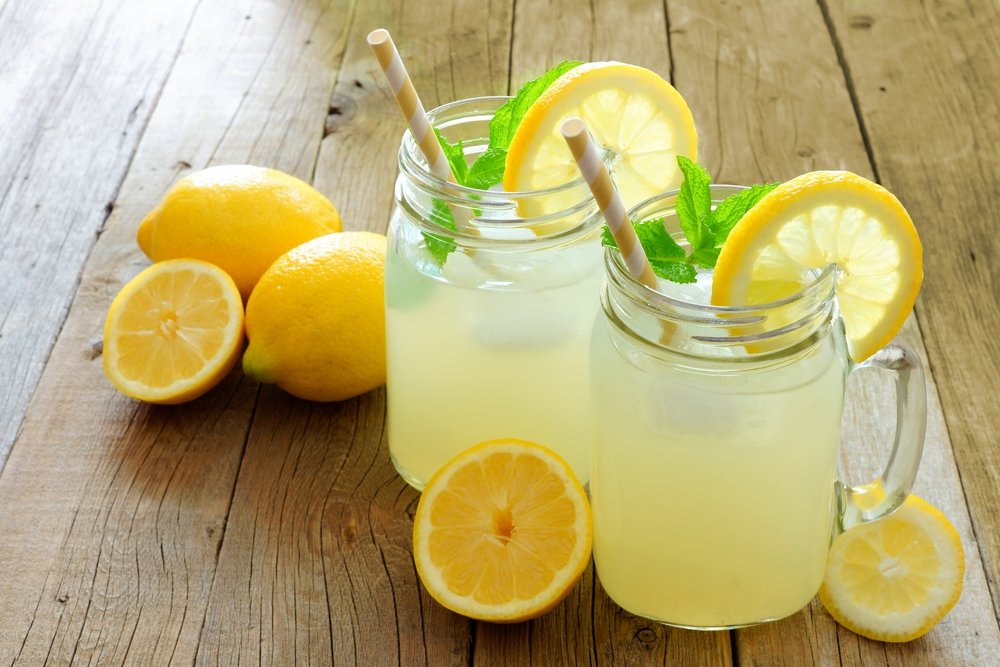 Although the precise lineage of lemon has not been easy to determine, new research has ascertained that it belongs to a citron and a sour orange hybrid. A 2018 study published in Nature, an international science journal shows that the finding of fossilized leaves in a province in China ascertains that citrus has been existing some 8 million years ago.

The earliest written evidence of lemonade was discovered from the Egyptian Mediterranean coast. Kashkab, a drink made from mint, rue, citron leaf, black pepper, and fermented barley was enjoyed by Egyptians of the fourteenth century. Isn’t it interesting to ask your mixologist at a juice bar to serve you a bubbling mug of kashkab? Or maybe a glass of a sweet and sour lemon juice concoction called qatarmizat? Nasir-i-Khusraw, a poet and traveler wrote a narrative description of 10th-century Egyptian lifestyle, and based on Jewish books and accounts in the Cairo Genizah, it can be inferred that the medieval Jewish community in Cairo, Egypt traded, exported and consumed bottles of qatarmizat throughout the 13th century.

Even though the ancient Jews are familiar with citron (a lemon look alike giant fruit with more flesh inside) even before the time of Christ, there is no reported evidence that lemons were of existence during the pre-Islamic era. More so, although the art of Rome and murals of Pompeii renders images of citrus that resembles lemons and oranges, there is no proof that they were around there. The earliest record of a lemon tree was revealed by Qustus al-Rumi in his 10th-century Arabic book about farming and in the late 12th century, Ibn Jami’, a private physician to Muslim leader Saladin, penned a thesis about lemons that reached the attention of a bigger Mediterranean audience.

During the 17th century, the first lemonade soft drink was introduced in Paris. Made of lemon juice, honey, and sparkling water, vendors sell them from tanks attached to their backs. Its popularity in Europe made lemonade became a fad in Paris that the vendors created an organization the Compagnie de Limonadiers in 1676. The Parisian lemonade craze even helped in the decrease of the death toll in Paris.

Britain’s meaningful contribution to the lemonade hysteria was through the invention of carbonated water by chemist Joseph Priestley. This was modified by Johann Schweppe, a German-Swiss jeweler, in the 1780s by processing carbonation through the use of a compression pump to enable a more efficient mass production. 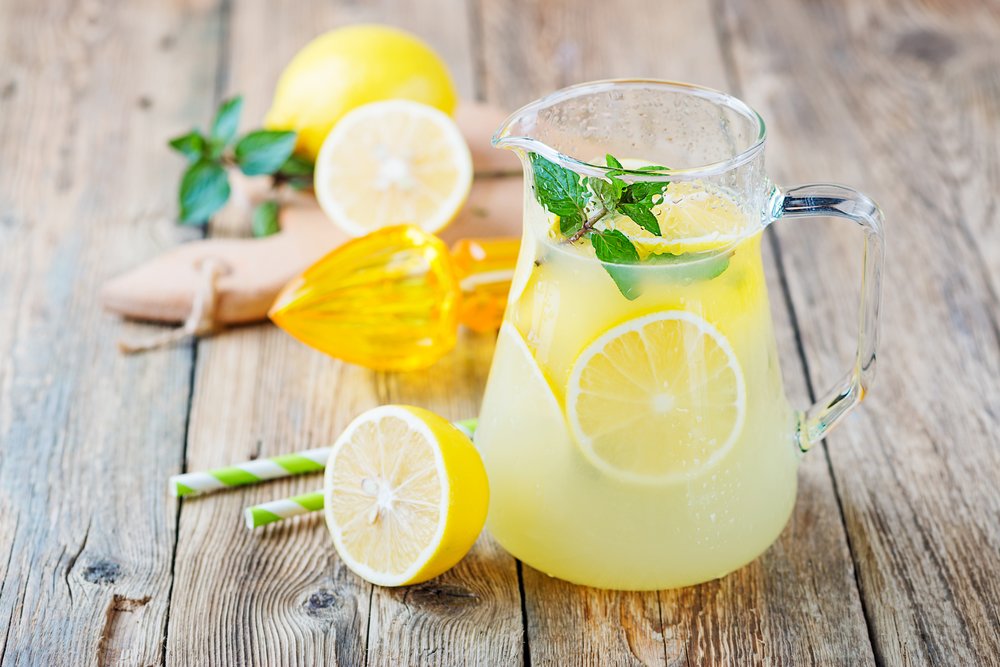 During the 18th century, the famous lemonade debuted in the U.S. thanks to batches of European immigrants. A women’s movement called The Woman’s Christian Temperance Union (WCTU)  pushed abstinence from alcohol and suggested lemonade as an alternative. As read on a Sunkist slogan: “Good-bye to liquor, here’s to lemonade.” From 1877-1881, President Rutherford B. Hayes banned alcohol from all state dinners and other activities. Although his decision was intended to court the Prohibition Party, detractors of the said ban nicknamed his wife Lucy, a nondrinker, “Lemonade Lucy.”

Interestingly, the circus played a relevant role in the fascinating history of lemonade.  The first record that linked the circus to the pink lemonade comes from the 1879 West Virginia’s Wheeling Register. Circus tradition has different stories on how its lemonade turned pink, but two of them were found most feasible by historians. A 1912 story says that a contract worker “invents” the pink lemonade when he unintentionally drops red cinnamon candies into a large vessel of regular lemonade. Because the show must go on, he serves the pink lemonade and the people consumes them eagerly.

While the first story is thrilling, the 1857 story is grossly offensive. It states that an annoyed concession worker is in dire need of water to make a fresh wave of lemonade to relieve the long queue of impatient customers. To make things faster, he grabs the first water he sees not knowing that it’s a tub of wash water used by a performer in washing her soiled pink tights hence the “strawberry lemonade.” The story also said that this gross pink lemonade craze doubled the circus sales as the crowd became obsessed with the ‘cool’ drink. 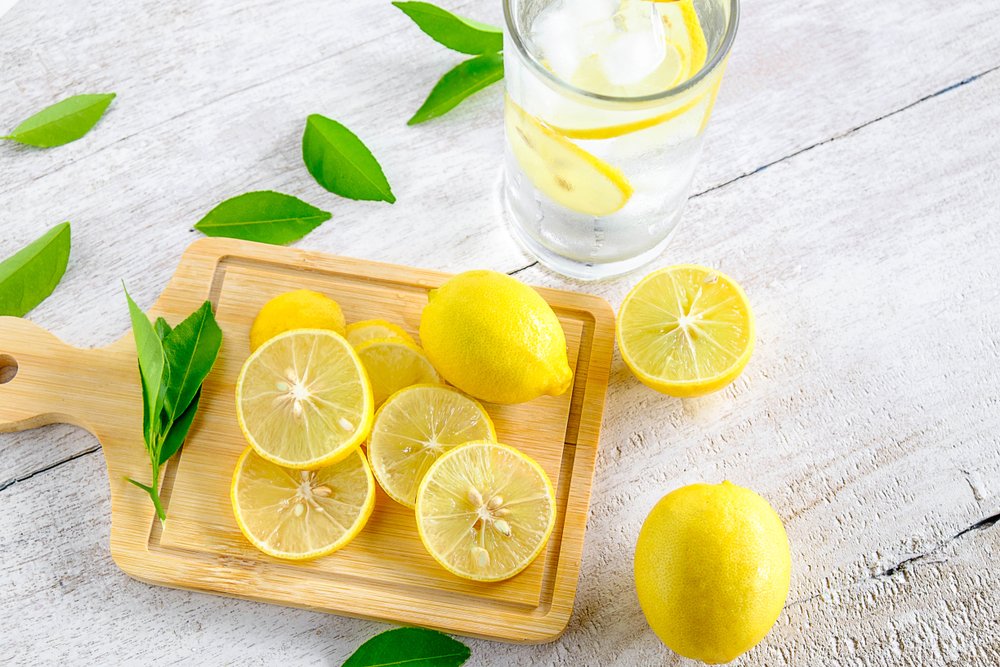 Sweet or sour, pink or yellow, cold or hot, clear or carbonated, clean or gross, lemons remain to be a favorite not only in America and Paris but in most countries. Who doesn’t love lemons and its refreshing energy after a challenging day. So what are you going to do when life gives you lemons? You already know the drill, the recipe is plain and easy.