Sep 28, 2021 | Barnali Sarkar
Share on Facebook
If you think snail mail is boring, a charming post office high up in the Himalayas will change your mind. A century ago, author Rudyard Kipling waxed eloquently about a magical place in his novel “Kim.” He mentions a remote, surreal destination in the Indian Himalayas, referring to it as “a place where the god lives”. The location was Spiti Valley. Things have hardly changed in this middle land between India and Tibet. Its enchanting stories remain, and this is one of them. 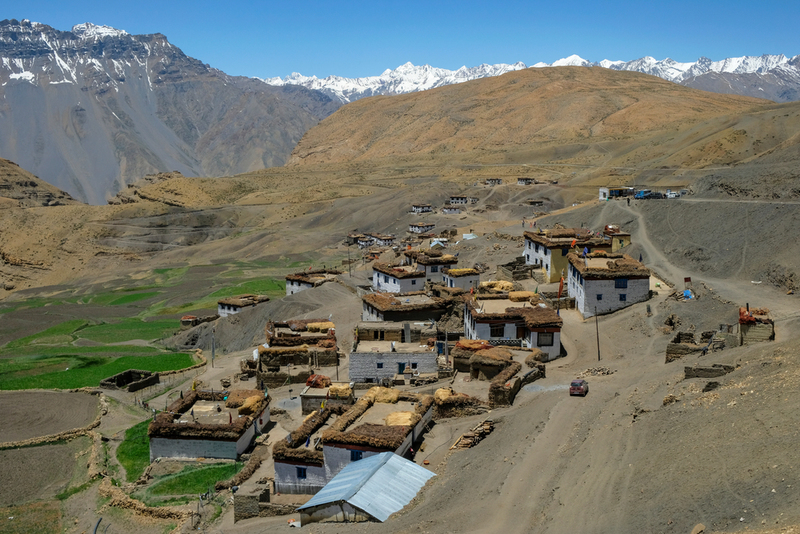 Shutterstock
Spiti Valley is among the highest inhabited places on earth. Other-worldly in its beauty, Spiti is a stark cold desert known for mountains of every hue, dangerous passes, and crystal rivers zig-zagging their way through. Tucked away in these Trans-Himalayas is the quaint village of Hikkim – picturesque and sparsely populated, with roughly 35 huts scattered across. Phone connections aren’t reliable here. The internet doesn’t exist. For people in Hikkim and around, the post office is still their only means of connecting with the outside world. Like most things in Spiti Valley, the post office has an intriguing story.

The post office in Hikkim is anything but ordinary. At 4400m above sea level, it is the world’s highest. It opened in November 1983, and ever since, the post office has had only one postmaster — Rinchen Cherring. The tiny hut also happens to be his home. The Indian Postal Services pays Cherring a monthly rent! 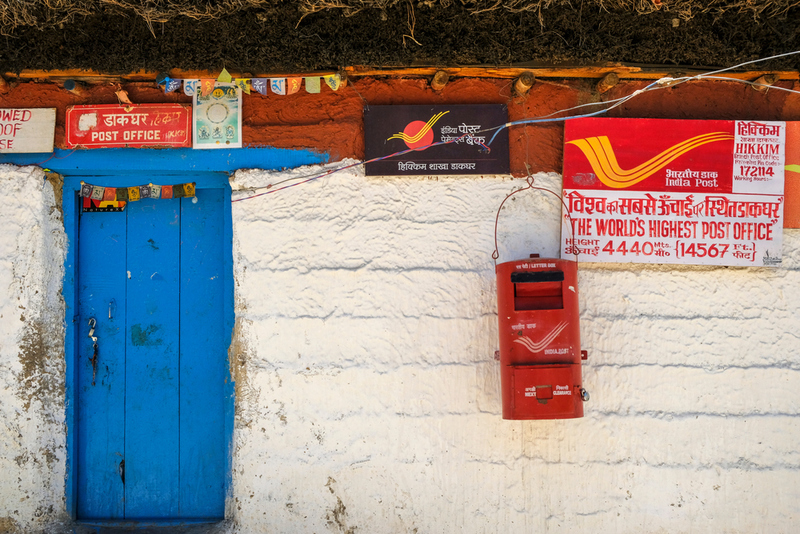 Hikkim connects a small group of isolated villages in the region. Villagers drop by to post letters or deposit money in their savings accounts. Monks from the famous Komic monastery nearby visit to get their passports for pilgrimages overseas. Many intrepid travelers undertake the arduous but spellbinding journey to mail postcards from the highest post office in the country.

How does mail from Hikkim reach the outside world? Each morning, a runner carries mail on foot, walking up mountains and traversing valleys to reach Kaza, Spiti’s administrative capital. It takes two hours to descend to Kaza, three when climbing up to Hikkim. Sending the mail on foot is faster since public transport is limited!

From Kaza, the mail travels across various smaller towns before finally reaching Delhi, India’s capital. Finally, those precious letters and postcards travel across the globe from Delhi.

Essential services, cultural hub, and offbeat travel destination – that’s the Hikkim post office for you. You’ve got mail here alright, along with so much more.