The Rockettes: The Fascinating History of an American Icon

Synonymous with New York in wintertime, there are few Americans who don’t have fond memories of the Rockettes. In fact, just saying the word will instantly conjure images of snow in Central Park, the ice rink at the Rockefeller Center, and glistening, synchronized legs rising and falling in flowing hypnotic waves. 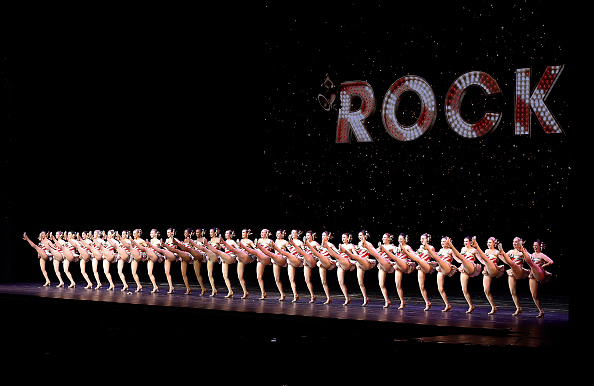 This image has been building year-by-year since 1932 when the dance troupe first kicked their heels up in the Big Apple. Yet these iconic New Yorkers got their start years earlier, far from the bright lights and endless bustle of the city that never sleeps. Read on to discover the fascinating history and well-kept secrets of these paragons of American culture: the Rockettes.

The Rockettes: An Origin Story

While they may be as much a part of the New York landscape as the Empire State Building, the Rockettes actually got their start in St. Louis, Missouri. Back in 1925, seven years before their NY debut, a choreographer by the name of Russell Markert decided to create a chorus line of women who he envisioned as embodying the spirit of America at the time (back then, it was all about dazzling glamour and sparkling theatrics). 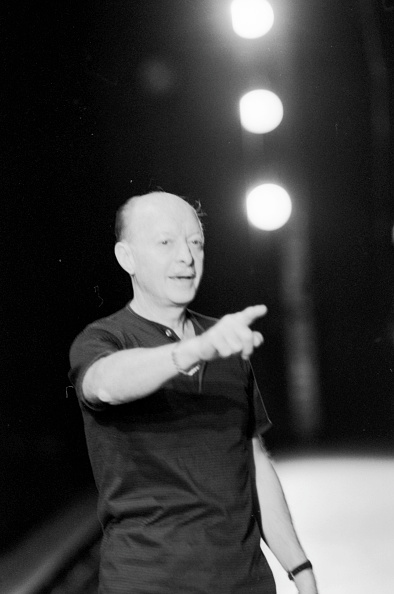 Little did Markert know that his idea was about to explode into reality, sparking decades of endless dancing that would see him all the way through to his retirement in 1971.

What Does it Take to be a Rockette?

Drawing his inspiration from British dance troupe, The Tiller Girls, Markert began assembling his perfect posse of dancers. In the beginning, the height requirements were strict, as Markert felt that petiteness and symmetry were vital for his choreography. 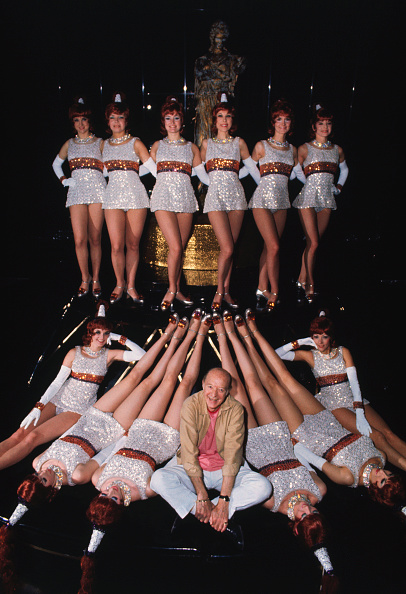 In addition to the strict height rules, hopefuls had to display stellar skills in tap, jazz, ballet, and modern dancing. Markert allowed only the best of the best into the 16-strong troupe, ensuring each girl was capable of executing the moves with perfect precision and synchronicity with her Rockette sisters.

Over the years, these 16 ladies were joined by more high-kicking comrades and the troupe size has blossomed to 36. For this to happen though, these “Missouri Rockets” had to venture out from their St. Louis hometown. That fateful trip occurred in the early 30s when Markert and the girls traveled to New York City to appear in a Broadway production titled ‘Rain or Shine’. There they caught the artful eye of talent-sniffing showman S.L. “Roxy” Rothafel. 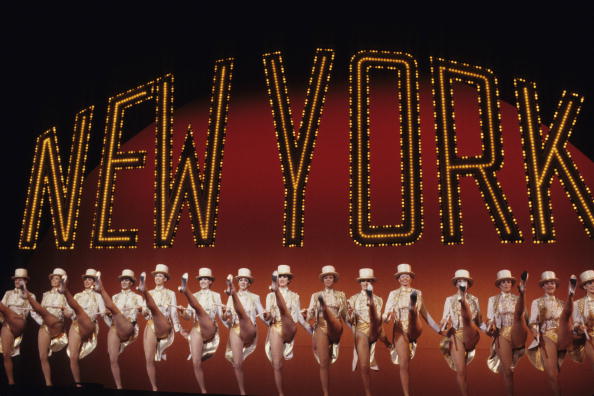 Rothafel was so impressed with the Rockettes that he wasted no time in joining forces with Markert to create a branch of the Missouri Rockets in NYC. Rothafel had the troupe appear at Radio City Music Hall’s opening night, just after Christmas of 1932. Right from the beginning, the demand from audiences was fierce. The hall was packed to capacity with its 6,200 seats filled. This left nearly 100,000 hopefuls without a ticket.

This dazzling dance troupe went through a couple of name changes on their way to becoming the Rockettes. From the Rockets, they were transformed to the Roxyettes, a nod to Rothafel’s nickname. By 1934, they had updated their title again to the Radio City Music Hall Rockettes. Over the years, the hall and the Rockettes rose to greater and greater heights of fame in tandem. The Rockettes performed at the premieres of blockbuster films like ‘King Kong’, ‘To Kill a Mockingbird’ and ‘Breakfast at Tiffany’s’.

The Rockettes: Evolving With the Times

As the 30s rolled into the 40s, the world was drawn into conflict with the eruption of World War II. Now firmly established as an icon of Americana, it’s no wonder the Rockettes were commissioned to lend their unique form of support to the war effort. The dance troupe’s website explains the girls were “among the first entertainers to volunteer for the United Service Organizations (USO).” Taking their unique and much-loved dance style to American military bases overseas, the girls were able to not just entertain the troops, but give them a sense of being home again, even if just for a few precious moments. 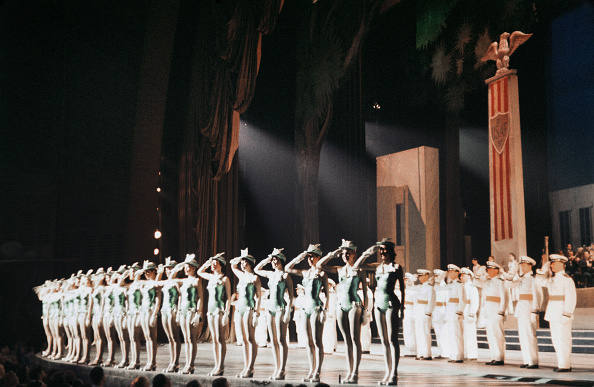 By the 1950s, with WWII firmly in the past, the Rockettes were able to turn their attention to the rapidly blooming film scene. Movies were premiering constantly and the demand for the dancers was at an all-time high with the girls being expected to strut their stuff as many as five times a day.

To accommodate the crazy work schedules, the Radio City Music Hall expanded its facilities to include “a 26-bed dormitory, cafeteria, recreation area, tailor shop and hospital with medical staff.” Then came the age of television, bringing with it a whole new way for American families to entertain themselves.

The Rockettes were all over this new technology, making their TV debut on NBC’s ‘Wide, Wide World’. The iconic dance troupe was also present at the first Macy’s Thanksgiving Day Parade, which took place in 1957, meaning they quite literally kicked off one of New York’s favorite holiday season traditions. 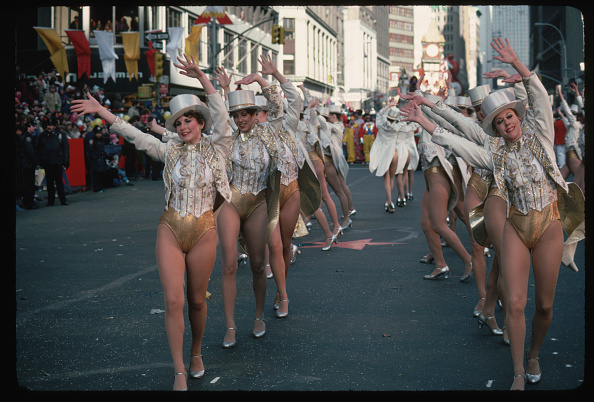 Over these and subsequent decades, the Rockettes have presented a fluid style, their appearance always ready to change in tandem with the evolution of the greater culture in which they exist. As the world became more globally connected, the girls expanded their style and have now appeared as bullfighters, hula dancers, Geisha girls, chimney sweeps, can-can dancers and even high-kicking lady astronauts.

Radio City Hall’s Demise: The End of an Era for the Rockettes

With the 1970s came a massive upheaval for the Rockettes. Their home, Radio City Hall, wasn’t faring so well financially. Management would close the theater for weeks and sometimes months at a time, leaving the Rockettes without a performance space. While the theater may have been struggling, love for the Rockettes was still strong, so to meet audience demand and keep their dream alive, the troupe put forward a proposal to take their show on the road during the weeks when Radio City Hall sat dormant. 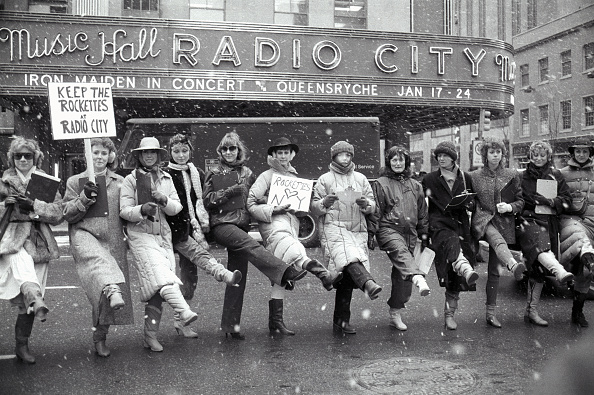 Their wish was granted and, in 1977, they took their first tour out of NYC since their wartime performances. This excursion took them to Lake Tahoe and Las Vegas, Nevada where they consistently sold out theaters.

While Radio City continued to struggle with financial turmoil and the ever-present threat of permanent closure, the Rockettes were moving from strength to strength with their newfound freedom. In 1979 they returned to play their part in saving the iconic space. Thanks to a combined effort from a motivated collective of media and government representatives, performers, and local New Yorkers, Radio City was saved and designated an official New York City landmark.

By the 1980s, Radio City had ceased screening movies; however, it was going strong with stage productions, the bulk of which was made up of 90-minute shows starring the Rockettes. These played in four-week sets during which time the girls would perform four times a day, seven days a week. A grueling schedule to say the least.  In addition to this, the girls continued their expeditions out of New York during the off weeks.

Vegas and Lake Tahoe remained their biggest hubs out west. The Rockettes also appeared regularly on television at massive crowd favorites including the 1988 halftime show at the Super Bowl.  By the 1990s, Radio City had been given a makeover, but the Rockettes remained an important fixture.

They were always the stars at every Easter Extravaganza and Christmas Spectacular. As the new millennium arose from the ashes of the 20th century, the Rockettes continued their meteoric rise. In 2001, they performed at George W. Bush’s inauguration. They then returned for his presidential sequel in 2005. 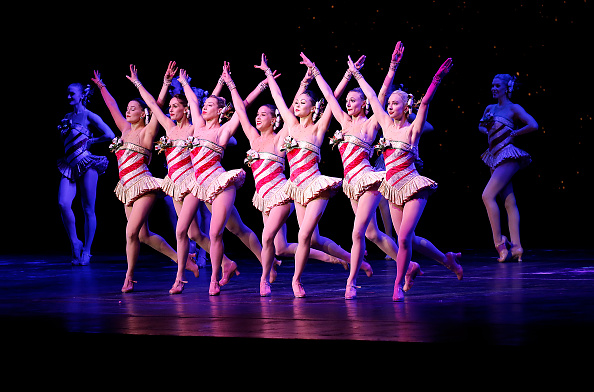 2006 marked another important landmark for the group. While it may come as some surprise considering the Rockettes are an all-female dance troupe, it was in this year that the group came under the tutelage of its first-ever female solo director and choreographer, Linda Haberman. Her influence saw a massive jump in the athleticism required of the girls and the stakes were noticeably raised on their performances. Haberman was also the first to take the Rockettes’ Christmas Spectacular on the road. Their 2014 tour allowed the locals of more than 80 US cities to see the Rockettes in real life for the first time, rather than on their TV screens, bringing the Rockettes to more than 80 U.S. cities through the 2014 season. Following on from that success, the troupe added an eight-week Spring Spectacular to their repertoire and then in 2016, The New York Spectacular kicked off.

What’s it Like Behind the Scenes of the Rockettes?

The Rockettes operate in a unionized industry and, according to ‘Business Insider’, each girl takes home a decent salary. With an average of $1,400 to $1,500 per week during their performance seasons, the dancers are doing pretty well for themselves. However, the seasonal nature of their work means they may only bring home around $36,400 to $39,000 over the course of each year. Enterprising young businesswomen that they are, most of the dancers have off-season jobs in the fitness and performance industries. 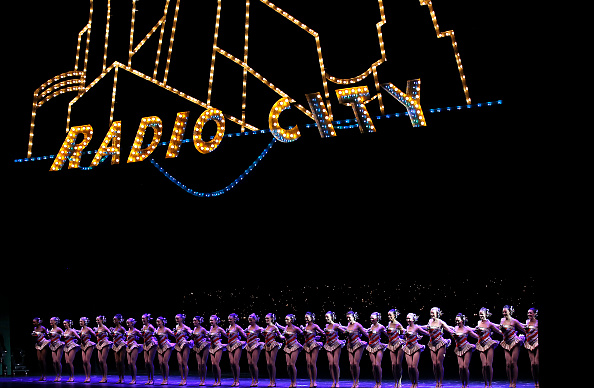 The work these women put in, all year through, is really quite amazing. To get a feel for how intense the training and performances will be, prospective dancers usually sign up for the Rockettes Summer Intensive Dance Program. Over the course of a week, these Rockette hopefuls spend six hours a day learning and practicing the choreography while also attending seminars. The workload is intense and entrance into the program offers no assurance of acceptance into the dance troupe.

Even once you’ve officially made it into the Rockettes, there are still no guarantees. Auditions roll around every spring and everyone needs to reapply and re-audition, regardless of how many times they’ve filled a spot in the troupe. Making the cut means a whole lot more work as each girl needs to be capable of high-kicking up to 1,200 times a day while enacting costume changes in less than a minute and a half. 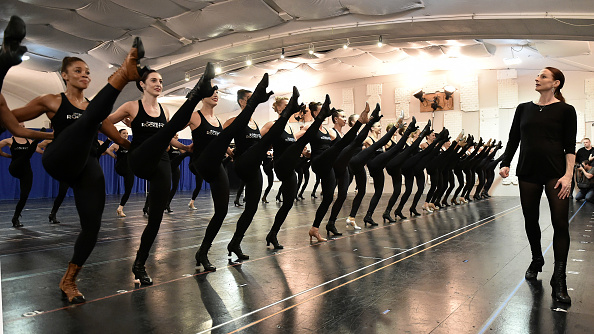 As we mentioned earlier, the onstage troupe has blossomed to up to 36 girls. However, the full troupe consists of 80 dancers who share the workload amongst a morning cast, an afternoon cast, and a crew of extras who are trained to seamlessly fill in whenever they’re needed. If all this Rockettes talk has got you keen to see them in action, Radio City Music Hall is still your go-to place for securing tickets. If you’re interested in becoming a high-kicking dancer yourself, the Rockettes’ website should be your next stop.