The Simpsons and How Did They Predict the Future?

Mar 31, 2021 | Michelle Muller
Share on Facebook
It is well known in the world of  The Simpsons that fans of the iconic show believe it predicts the future. However, an article in  Newsweek found the picture in question to be doctored, and not from any  Simpsons episode. But more broadly, the show predicted a plant-based world. Creator Matt Groening could be accused of alchemy, having transversed the decades in a time travel machine, and enjoying a laugh as he duped unsuspecting viewers of what is coming down the pike from the future, which only he has visited. But instead of winning the lottery or the Super Bowl pool, he has used this seeing eye to show us ways that the world is changing, evolving, as if we are pawns in a game only he can see. 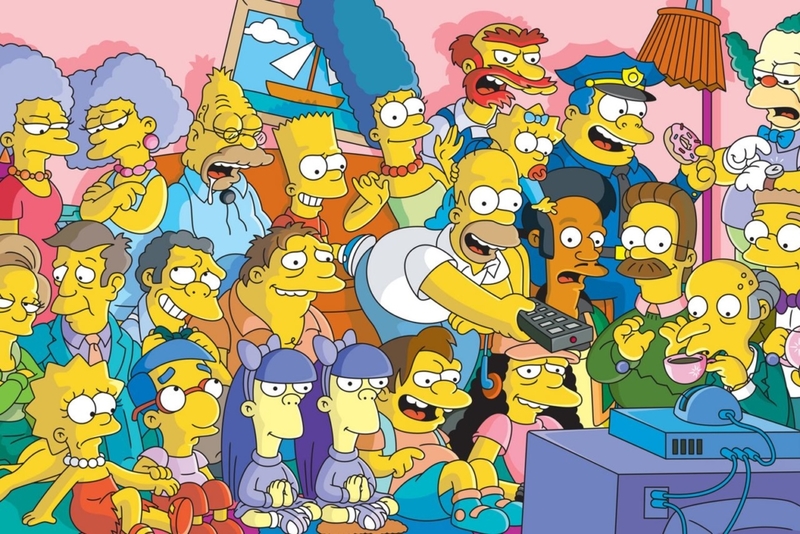 A most recent example: the growth of plant-based eating, which his character Lisa, lived out in her episodes that started with a guest visit from Paul and Linda McCartney, way back in 1995. Now knighted, Sir Paul is the founder of Meatless Mondays, which he started in England when his beloved Linda died of breast cancer. The Simpson visit from Paul and Linda, two dedicated vegetarians, was a meaningful episode since, as they were asked to guest-star, they had an ask in return. They would come on the show as long as the creators adhered to one crucial stipulation: that Lisa would remain vegetarian for the rest of the series. Groening and the showrunners agreed, in part because one of the creators, David Mirkin, recently had become a vegetarian himself. The episode was a hit, receiving accolades from the press, with the writer John Serba of the  Grand Rapids Press  calling it his favorite episode, “because the tale of Lisa’s conversion to vegetarianism has more humorous scenes per square inch than any other episode.”

Rumor has it that over the years, writing and creating the much-loved animated characters, Matt Groening was so influenced by Lisa’s lifelong conversion and commitment to vegetarianism that he ditched meat, a classic tale of art imitating life, imitating art. The episode has continued to inspire vegetarians everywhere and is still one of the most “meme-ified” on social channels. Vegans begged Groening to make Lisa convert to veganism. She kept her stalwart commitment to no meat, and one wonders: Did the Simpsons yet again predict the future, and it’s plant-based!

The Highest-Grossing Films on Netflix
Life is not always easy, even if you're Netflix, a household name and streaming giant, though Netflix was never a real home for every superhero movie, it usually has a good..

Netflix & Not So Chill: is Netflix Putting an End to Shared Accounts?
Let's be real, almost everyone we know (including ourselves) mooch off of someone else's Netflix account. Netflix has become a massive part of our lives, but it's safe to say..