Jul 25, 2021 | Ofek Hagag
Share on Facebook
Modern-day Istanbul has played a key role in world history and changed numerous hands and names. Most notably, it was a Greek settlement named Byzantium, and of course, Constantinople. It sits on an incredibly strategic location, between Asia and Europe, so it has seen more than its fair share of militaries, traders, and royals. Its bloody history includes wars, diseases, ill-fated monarchs, and despite it all, it has managed to endure and prosper for centuries. Enjoy these trivia tidbits on one of the most influential cities in history. 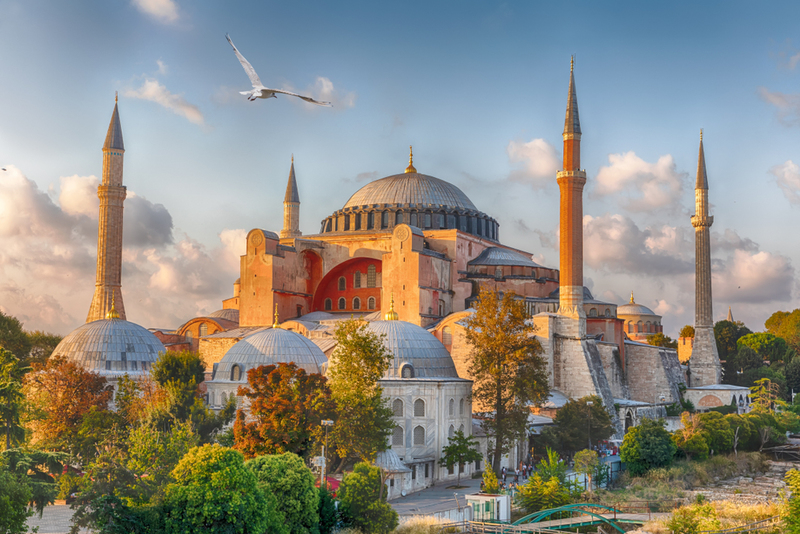 A work in progress

Rome wasn’t built in a day, and neither was Constantinople. It started out as a small Thracian town named Lygos. Legend has it that Lygos was founded way back between the 11th and 13th centuries BC. By 657 BC, Greek settlers found the town to have been abandoned and founded a new settlement on top of it called Byzantium.

The next phase in the area’s life was the foundation of Constantinople on top of Byzantium. The estimated time it took to complete the job is about 6 years, which sounds like a lot but was incredibly fast in past-time standards. One of the strategies which allowed for such speed was uprooting whole buildings and moving them to a new location. The project was complete in 330 AD.

The Hippodrome, one of the largest, most impressive structures in ancient Constantinople, would fit a modern-day rock concert. It was built to host horse and chariot races, as well as a maximum capacity of more than 80,000 viewers.

It wasn’t popular with the emperors

Constantinople was originally constructed by the emperor Constantine (hence the name) to be crowned as the New Rome. Constantine resided in the city but other emperors didn’t follow in his footsteps after he passed away.

Constantine died in 330 AD. From that point in time and all through the city’s fall in 1453, Constantinople has seen more sieges than you’d think possible. At least seventeen of them were recorded and it appears that only two of them were successful.

How to Spend a Day in Bowral, Australia
Whether hiking, dining, or shopping for antiques, Bowral has it all. Located in New South Wales, the charming town of Bowral is one of the top getaway places in the Southern..

Why Are These U.S. Cities Shrinking So Fast?
If you are among the many, many Americans who have thought of moving, it might be nice to fantasize about a different city.

Everything You Need to Know When Planning a Trip to Lapland
Lapland is a true winter wonderland. The low temperatures, the snow, and the unique nature are unmatched by the scenery of anywhere else on earth. So, if the cold never..