View the Majestic Northern Lights from These 7 Spots Around Globe

There are not many natural occurrences as breathtaking and impressive as the northern lights also referred to as the aurora borealis. It may look like some strange magic in the sky, the northern lights are really a result of the magnetosphere getting disrupted by the solar wind. This brings in solar particles so they meet in higher atmospheres.

The ionization causes the gaseous discharge of various lights. Pretty complex stuff, but Luckily for us, the outcome is the spectacular beauty in the night sky. It is hard to tell exactly how long the northern lights occur, or when it will take place. Technically, the phenomenon may happen at any time of the year, even year round.

But it is best to view it from spots where the light is lower and at the time of the season where daytimes are shorter. To fully appreciate the beauty, one needs to experience the northern lights in very specific spots. So here are the best places in the world to gaze upon the natural phenomena, along with the best periods of the year to travel to do it in every respective region. 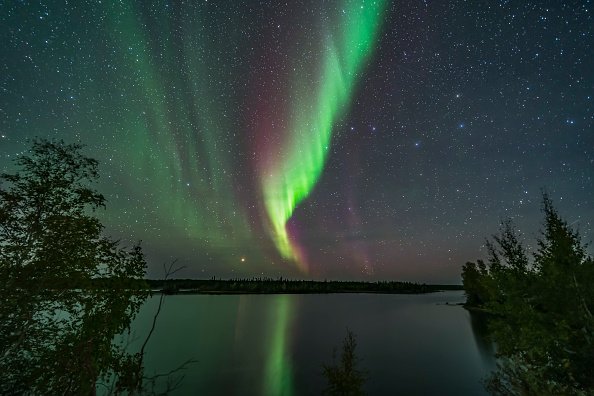 Fairbanks is the ideal place to view the northern lights. It is located far up north of the US. Most of the admired nature spots of the country are in the Denali National Park. This spot is like the best seat of nature’s theater. The hues up in the sky are best watched from here from late August to mid of April.

There’s no need to validate a trip to Iceland, but in case you may want to, it is a good area to witness the aurora borealis. Why? Nighttime here lasts longer due to its strategic location. The lower the emission of light, the better. And it is best to be around Iceland during late August to the early days of April for that.

For even more peace and quiet than Iceland, travel to Greenland for an equally panoramic view of the northern lights. You’d best witness this natural happening, so travel a bit farther to southern Greenland where there are smaller crowds. Stay during mid-August up to late April. If you want someone to give a tour of the area and the lights, plan your vacation in advance.

If you happen to be in the country from the months of September to March, it won’t be hard to catch a glimpse of the northern lights. As long as you’re in a place with low light emission. Staying somewhere far from the city will definitely increase your chances. But it is in northern Sweden that you can best experience the Aurora, specifically in the Abisko National Park. 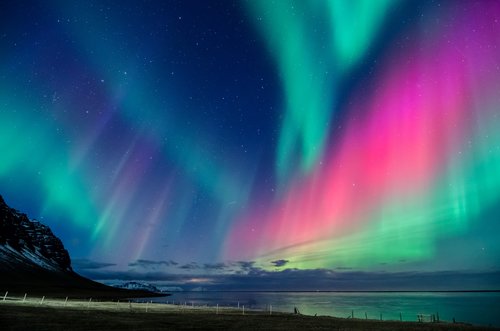 Head to the northern parts of Canada, if a nature trip and adventure is the thing you go for. It is much less populated than North America in general, and that means there is minimal light pollution. When the skies are clearest around August up to April, watch the lights adorn the heavens.

There are so many spots to choose from in Norway to watch the skies exhibit the aurora. A good idea would be to take a short trip to one of the country’s islands, or sit back at the terrace in a small village and gaze at the sky blanketed with the lights.

If you are in Scotland, the best place to set yourself up to watch the aurora borealis is at the Cairngorms. This also happens to be the UK’s biggest national park. For as long as the weather is good, come over from October to March, and you will surely be able to catch a view of the northern lights.

Do’s and Dont’s to Stay Healthy While Flying
You’ve booked your flight, the hotel is set, you’re ready to go, and the least of your worries is keeping healthy while you’re on vacation in some tropical paradise. But..

Festivals Around the World That Are Worth Checking Out
People can have the most random fields of interest. Hobbies so obscure it's hard to imagine there are others who share the same interest. But thanks to the internet, it's..

The Ghost Town of Sewell, Chile
The remoteness of the place, up on the slopes of the Andes mountains, wasn’t unusual enough for the Braden Copper Company to set up their business on after seeing its..