How Kobayashi Trains for His Competitive Eating Challenges

Jun 8, 2022 | Michelle Muller
Share on Facebook
Competitive eating is one of the strangest sort-of-sports out there, and Takeru Kobayashi is living proof of how odd things can get. As a slim and intensely fit man, it seems that the Japanese eating legend should have no chance against some of the biggest appetites out there. Yet, he completely upended the competitive eating world at the 2001 Nathan’s hot-dog-eating contest with his peculiar hot dog-eating technique. He would eat the dogs separately while dunking the buns in water and scrunching them up to make them more easily edible. From that point on, he’s never really stopped shocking the world with his accomplishments. 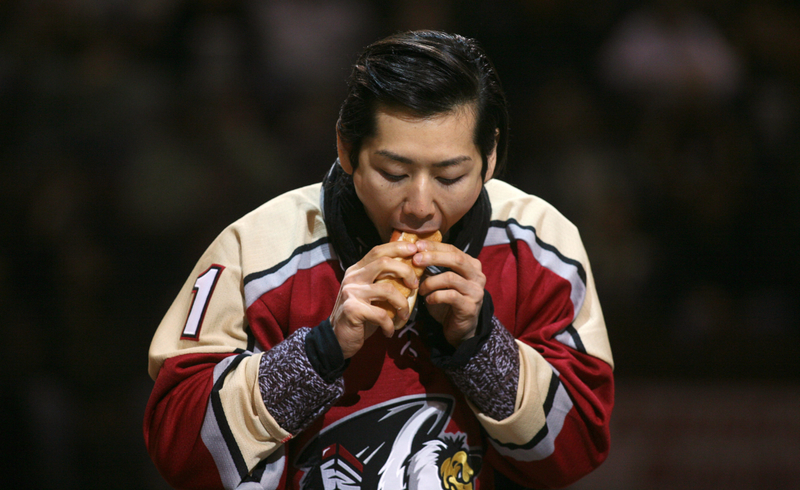 Alamy Stock Photo
Sure, Kobayashi isn’t infallible. He’s had the occasional eating-induced health issue, and he’s been known to lose the occasional eating contest. However, there’s no denying that he’s among the very best at what he does. But how does he train for his seemingly impossible eating achievements, which have earned him a whopping 15 world records as of 2019? What inhuman torture methods must a man’s digestive tract go through to do what he does? Let’s take a look at how Kobayashi trains for his competitive eating challenges.

In the Press story mentioned above, Takeru Kobayashi revealed that he doesn’t train by shoving his face full of food every day. “I have to fill my stomach to make it expand, but it doesn’t necessarily have to be food,” he shared. “I train with water. So, I’m not training for long periods of time by hauling food.”   While he freely admits that his stomach is naturally suited to this kind of thing, he has told The Japan Times that he takes things to the absolute max by slowly pushing against his stomach’s maximum capacity with an increased water intake until he can happily gulp down 3.17 gallons — at which point, he switches to training on solids. 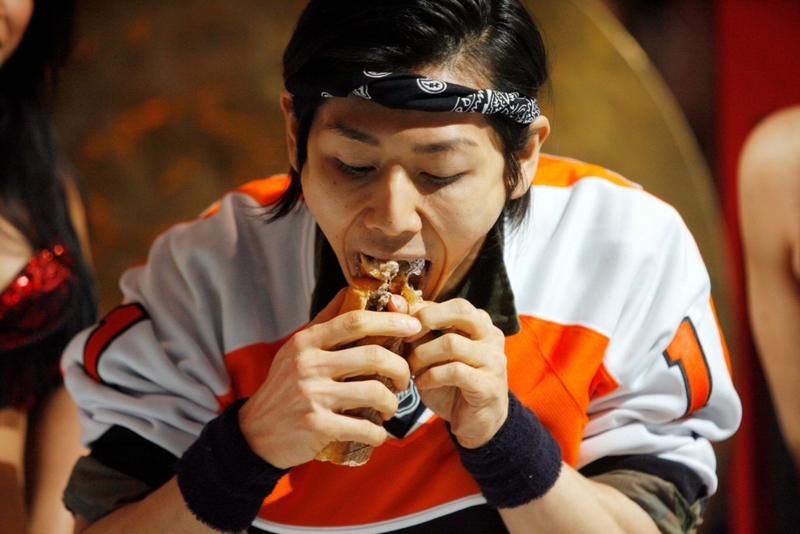 The entire process takes around three months, and he needs three recovery days after the competition is over. Kobayashi keeps fit by hitting the gym on a regular basis. Though he’s slowly developed his body into a machine that’s custom-built for competitive eating, the laws of physics mean the sheer amount of food he stuffs down his gullet in competitions still gives him trouble. “When my stomach becomes very full with that amount of food inside, the organs in my body begin to shift places. So, for example, my lungs get shifted up, and they can’t expand,” he said, explaining why the competitions can leave him quite literally breathless.