What You Should Know Before Taking Another Bite of Canned Tuna

Jun 22, 2022 | Michelle Muller
Share on Facebook
Across the United States of America, canned tuna is a popular staple due to its affordability, high nutritional value, and lasting shelf life. Canned tuna makes a great ingredient in meals like pasta and casserole, the perfect filling for a sandwich, or even a quick snack straight out of the tin. Of course, it’s also the staple ingredient of a great tuna salad.

A trip to the grocery store will show you that there are numerous varieties to choose from, including chunk tuna, solid tuna, albacore tuna, white tuna, and even bagged canned tuna when it comes to this canned fish. Suppose you plan on stocking up on some canned tuna on your next shopping trip. In that case, there are a few things you should know regarding where canned tuna comes from, what canned tuna’s history is, and why it’s a popular pantry item.

Like many other foods, how expensive canned tuna is in the stores can be more or less a marketing ploy. Simply grabbing the can of tuna with the highest price tag could be a mistake for environmentally-conscious shoppers. There are other ways of telling if your canned tuna is sustainably caught. Do a little research before purchasing to ensure the tuna is not over-fished from endangered populations. 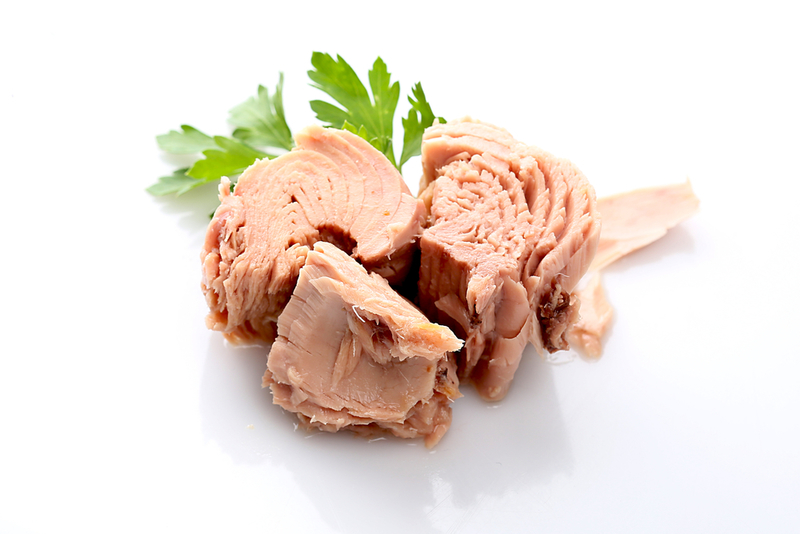 Shutterstock
As it turns out, “poll and line” fishing and “trolling” are two sustainable methods for catching tuna because they’re the closest methods to one fisherman with a rod catching tuna. And while these methods can yield expensive results, a costly can of tuna does not automatically mean the tuna was caught with these more sustainable methods. That tuna may have a fancy sticker and a great marketing campaign behind its higher price tag.

Tuna is notorious for containing high mercury levels, and tuna from a can is no exception. While you probably don’t have to worry too much about mercury content unless you are actively pregnant, the biomagnification of mercury in tuna may be worth thinking about. What exactly does this big word “biomagnification” mean when it comes to tuna and your health?

Well, biomagnification occurs when tuna fish eat smaller animals with high mercury levels, ultimately amplifying the amount of mercury in tuna. As a result, health experts recommend pregnant women consume no more than one can of tuna a week to avoid high a dose of mercury. This is essentially the same as the recommendation that pregnant women avoid sushi; avoiding raw fish means avoiding mercury.

Major tuna brands like Bumblebee and Chicken-of-the-Sea offer tons of different canned tuna options, and they’re all different. Even if you think you hate canned tuna, there may be a product out there for you that you just haven’t tried yet. For instance, some canned tuna is oil-packed, while some are packed in water or even vinegar. There is also chunk tuna, which means it contains various pieces of the fish mixture. Essentially, this is the opposite of solid tuna that includes one complete filleted section of tuna that is whole, yet still flakey.

Solid canned tuna is more expensive, but it’s also generally regarded as more preferable. Canned tuna can even come in bags for on-the-go consumption, or pre-seasoned with hot sauce in the can. As we said, the chicken of the sea comes in quite a few canned varieties, and if you think canned tuna is not for you, it could just be that you haven’t found the right one yet.